Retrenchment looms over OFWs based in the Middle East 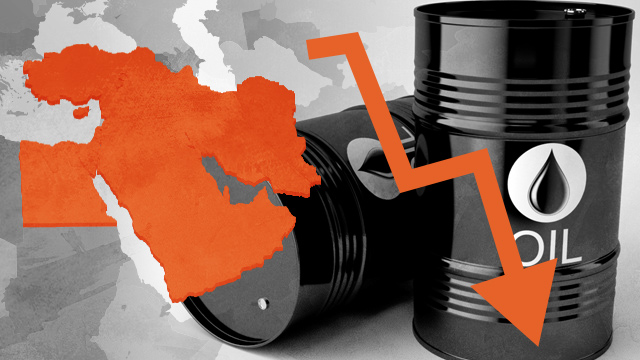 MANILA, Philippines (UPDATED) – As the prices of oil per barrel continue to plummet, groups and advocates for overseas Filipino workers (OFWs) warned about the possible retrenchment of Middle East-based migrant workers in the coming months.

“It is already leading to lay-offs and delayed payments of salaries…. The numbers are not yet alarming, but certainly we all must be prepared for any economic contingency arising from the current oil situation,” OFW advocate Susan “Toots” Ople told Rappler on Wednesday, January 27.

The world price of oil hit one of its lowest in the past 12 years, with oil prices trading at or below $29 per barrel. The International Energy Agency also released a report saying that the oil market could drown in over-supply because of the return of major oil exporter Iran.

“The Saudi company that deals with oil and gas services said its contract with the government will no longer push through hence the notice of termination,” said Ople.

She added LBS Recruitment Solutions reported that a Qatar-based construction company said it no longer needs OFWs “because its multi-billion engineering project has been put on hold by the Qatari government.”

“Due to the Kingdom’s budget cuts and other austerity measures, government projects including infrastructures and the development of various economic cities were also impacted. Some of these projects have been delayed and some have been temporarily stopped. Hence, there are OFWs and other country nationals working for private construction firms who have received termination notice of their work contract,” he said.

As of 2014, data from the Philippine Overseas Employment Administration show that 885,541 land-based OFWs were deployed in the Middle East, most of whom went to Saudi Arabia. (READ: What you need to know about overseas Filipino workers)

“It simply means that there will be no further deployment of seafarers to the offshore oil rigs, supply ships, tankers, and capesize ships being idled by owners instead of operating the extremely large vessels at a loss, adding to the woes of manning and shipping agencies,” Geslani said.

Monterona and Ople called on the government to prepare measures should a greater number of OFWs working in the oil sector are laid off in the coming months.

“There will be short-term and long-term measures the Philippine government must be readying right now to assist retrenched OFWs. In the short term, OWWA’s (Overseas Workers Welfare Administration) livelihood assistance loan and similar assistance package must be readily and easily availed by the retrenched OFWs, and job placement support, too,” said Monterona.

He added the government should come up with an alternative economic strategy that will be able to provide more jobs for Filipinos in the Philippines.

“Implementing genuine agrarian reform and nationalization of basic industries provide a strong economic backbone for the Philippines towards a sustained economic growth and development for all,” he said.

“This is why I have been calling for an economic summit where both government and the private sector can look at and anticipate effects of plummeting oil prices. Which sectors should benefit? Which sectors are the most vulnerable?” said Ople.

“Then from there, a tripartite approach in developing safety nets can be out in place,” she added.

The oil price drop still has positive effects, however, as an analyst said Filipinos stand to benefit from cheaper gas and less inflation. (READ: How falling oil prices could be good for PH)

The Land Transportation Franchising and Regulatory Board has reduced the minimum fare for jeepneys at P7.

No official report yet

Palace Communications Secretary said on Thursday that the Department of Labor and Employment (DOLE) is proactively monitoring the current situation in the Middle East.

“According to Secretary [Rosalinda] Baldoz, the DOLE has not monitored any major retrenchment activity that could possibly affect Filipino workers in Saudi Arabia and neighboring countries in the region,” said Coloma.

Undersecretary Nicon Fameronag, Labor Communications Office head, also said the labor department has not yet received an official report about a massive retrenchment of OFWs in the Middle East.

(We haven’t received an official report that there would be massive displacement. If this would happen and it could not be helped, the Department of Labor and Employment is ready to respond to the needs of our OFWs.)

He added the DOLE has begun assessing the employment details of OFWs working for major oil companies in the region as well.

Coloma also said the labor department is prepared to assist OFWs should they need to look for alternative sources of employment and livelihood opportunities.

“DOLE is confident that OFWs will continue to be employed under existing contracts.  Even in light of the previously announced policy on ‘Saudization,’ there was no apparent effect on the level of employment of OFWs as they have proved to be highly qualified and competitive,” he said. – Rappler.com