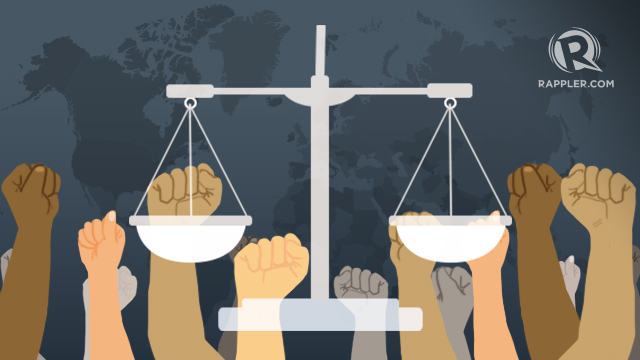 MANILA, Philippines – While the world is experiencing prosperity on a scale never before seen, it has also created a situation where a small elite own more than everyone else, and where production is eating away at the planet, the United Nations (UN) said.

As the world celebrates the 2016 World Day of Social Justice, the UN urged people to rethink the current economic system and participate in building a better one.

“We are going to need a new vision of the economy and its relationship to the rest of the world that’s better adapted to the new conditions we face,” read the event’s page.

Kicking off from the agreement of the 21st United Nations Climate Change Conference (COP 21) and the Sustainable Development Goals (SDG), the UN called for development for all without sacrificing the environment.

“We are going to need an economics that respects planetary boundaries, that recontinues the dependence of human wellbeing on social relations and fairness, and that recognizes that the ultimate goal is real, sustainable human well-being, not merely growth of material consumption,” the UN stressed.

The UN began celebrating the World Day of Social Justice in 2007. UN member states are called to observe the day by supporting efforts for “poverty eradication, the promotion of full employment and decent work, gender equity and access to social well-being and justice for all.”

The SDGs, which promise to end poverty, include goals for reducing inequalities and sustainable use of natural resources. However, both the UN and non-governmental organizations say current conditions threaten their success.

In the Philippines, 6.3% live in a state of poverty, while another 8.4% live in near poverty. This is despite the continuing growth of the country’s economy. (READ: Abusive work conditions in PH hold back growth – UNDP report)

Globally, 62 people own as much as the 3.6 billion people who make up the poorest in the world, according to an Oxfam report. (READ: 62 richest own as much as world’s poorest – report)

For Oxfam International executive director Winnie Byanyima, “This extreme division of wealth is part of a worldwide trend that is – in every sense of the word – indefensible,” (READ: How privilege, power in the economy drive extreme inequality in Asia)

The UN Development Program’s 2015 Human Development Report also highlighted the growing inequality despite the economic gains. They estimated around 204 million people were unemployed in 2015, while another 830 million earned less than $2 a day.

Poverty is expected to worsen because of global warming, the World Bank reported. Farmers in particular would lose crops, driving up food prices. They also estimated 150 million people would be at risk from malaria, diarrhea, and stunting.

UN Secretary-General Ban Ki-moon wrote in his message for the 2016 celebration, “With exclusion and inequality on the rise, we must step up efforts to ensure that all people, without discrimination, are able to access opportunities to improve their lives and those of others.” – Rappler.com