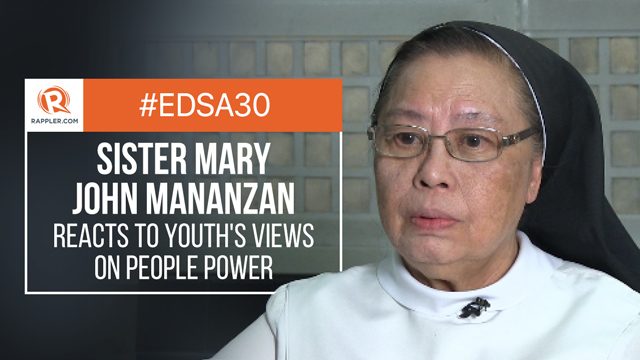 Sister Mary John Mananzan, a nun of the Benedictine Order, is no stranger to unrest in the streets. A known activist, the former president of St Scholastica’s College joined protest marches against the Marcos dictatorship.

“During the time of Marcos, I had been very active in what they call parliament of the streets at that time,” she said. Mananzan attended workers’ strikes and protest rallies – a far cry from the stereotype of cloistered nuns.

Does Mananzan agree – or disagree – with the prevailing sentiments they posted and tweeted? Watch on Rappler. – Rappler.com