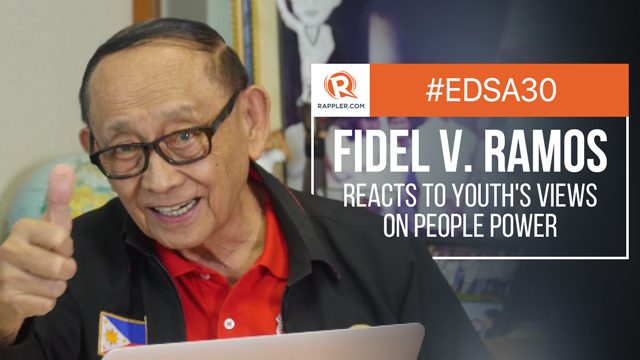 In 1986, Fidel Ramos was the chief of the Philippine Constabulary. A trusted aide of then President Ferdinand Marcos, he shocked the nation when he turned against his commander-in-chief and marched with the people in EDSA – hailed a hero by many.

How will Ramos react to the youth’s views on the EDSA revolution? Watch it here. – Rappler.com