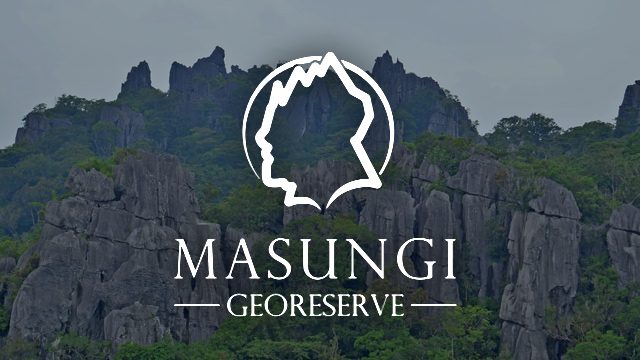 MANILA, Philippines – There was an exchange of accusations between the Tanay Municipal Government and Masungi Georeserve over alleged land grabbing operations.

Both sides claimed there were attempts to occupy a contested section near the Masungi Georeserve.

On March 9, the Masungi Georeserve posted a status on their Facebook page saying local authorities were illegally taking down a fence guarding the conservation area.

JUST IN: TANAY MAYOR, POLICE, CONSPIRE WITH LAND-GRABBERS OF CONSERVATION AREA At this very moment the Tanay Police are…

It said a group of 50 people destroyed the fence and threatened the park rangers in the area. Diego Palomares, a former judge and assemblyman, led the group with orders from Tanay Mayor Rafael Tanjuatco, according to the Georeserve’s statement.

Our full statement on the events that transpired March 6-9, 2016, and the story behind it all….

The group successfully occupied the area despite protest from the Georeserve. During this time, the latter said the police did nothing.

On the night of March 9, police officers, led by Chief Inspector Bartolome Marigondon, allegedly entered the conservation area to take away the evidence.

Marigondon, however, told Rappler he was not involved in any operations in the area, and police were in the area as part of their regular patrols.

He also denied claims that officers were part of the land grabbing operations, saying they would only step in if it became a matter of peace and order, or if they were ordered to intervene.

The Tanay Municipal Government denied these claims and accused the Georeserve and its developer, Blue Star Development and Construction (BSDC), of placing the fence dangerously close to the Marikina-Infanta Highway, a national road.

In their own statement countering the Georeserve’s accusations, the local government said BSDC received letters from the Department of Public Works and Highways (DPWH) Rizal II District Engineering Office District Engineer Adilbert Rosete about the fencing.

“Why was BSDC so adamant to voluntarily take down a clear safety risk even after two notices of obstruction and prohibited uses (January 29, 2016 and February 11, 2016) sent to it by DPWH Rizal II?” it  asked.

“The claim that the fencing is against public interest, particularly farmers, is absolutely illogical and completely unfounded,” said the Georeserve.

“It is also not our fences which have barbed wires on them that may be harmful to motorists, and is closest to the road in the said area…Ours are cleanly made and have been sturdy enough to prevent several motorists from falling into nearby cliffs.”

The statement from the Georeserve said it will move to the municipality of Baras, in Rizal, where it said its “conservation works are appreciated” and where “all permits have been appropriately dealt with and renewed.”

This move and the Georeserve’s statement saying Tanay’s government does not have jurisdiction over its activities “are totally without basis as the land title of the lot identifies Tanay as its location.”

It added that BSDC had been securing its permit from the Tanay government for 15 years.

For now, however, it said conservation activities, visits, and maintenance will “proceed as usual” while the Georeserve and the Tanay municipal government look for a resolution in court. – Rappler.com