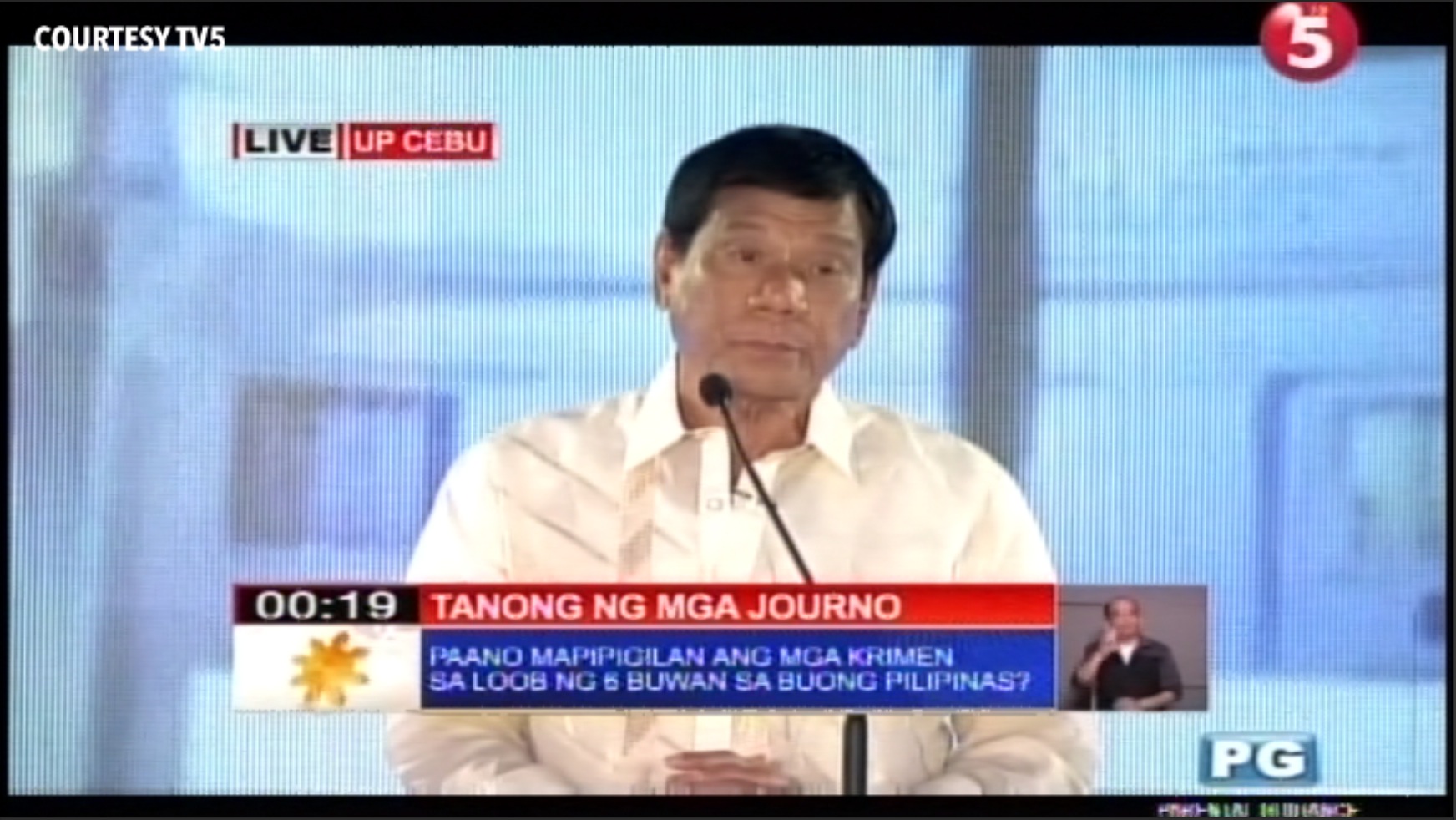 MANILA, Philippines – Prisons are full, but crime is still rampant. So what do we do about it?

How will #PHVoteDuterte end crime in six months? He says he’ll just do it. The question still stands. Paano nga kasi? #PiliPinasDebate2016

During the debate, Duterte’s go-to answer to the crime problem was his approach as Davao mayor – perpetrators should stop committing crime, or die.

If elected, he would extend this to the national policy on crime, saying, “Kung hindi ka marunong pumatay ng tao at takot kang pumatay, ‘yon ang problema. You cannot be a president.” (If you are not able to kill people and are afraid of killing, that is the problem.)

Rappler contributor and political science professor Leloy Claudio noted how Duterte was saying the “un sayable” by admitting to being a killer.

Digong says the un sayable, admitting that he is a killer. This lack of breaks reminds me of Trump. #PHVote

Others like climate campaigner Renee Karunungan accused Duterte of violating human rights while Professor Michael Labayandoy of Lyceum of the Philippines-Laguna described this policy as “scary”.

Duterte clearly does not know anything about human rights. What kind of a leader would just kill? #PiliPinasDebates2016

Why would anyone want a president who just wants to go on a killing spree? Doesn’t that make him a criminal too? #PiliPinasDebates2016

Killing, however, should not be the answer, argued Karunungan. Instead, by addressing the root problems like poverty, the country would be in a better position to shave off crime numbers.

Crimes can’t just be solved by killing people. There’s a root cause to crimes like poverty. #PiliPinasDebates2016

Poverty alleviation was one of the main topics during the first leg of the debates in Cagayan de Oro. (READ: The Cagayan de Oro Presidential Debate: Summary and highlights)

Duterte did not answer the question, but promised to eliminate corruption in funding. – Rappler.com