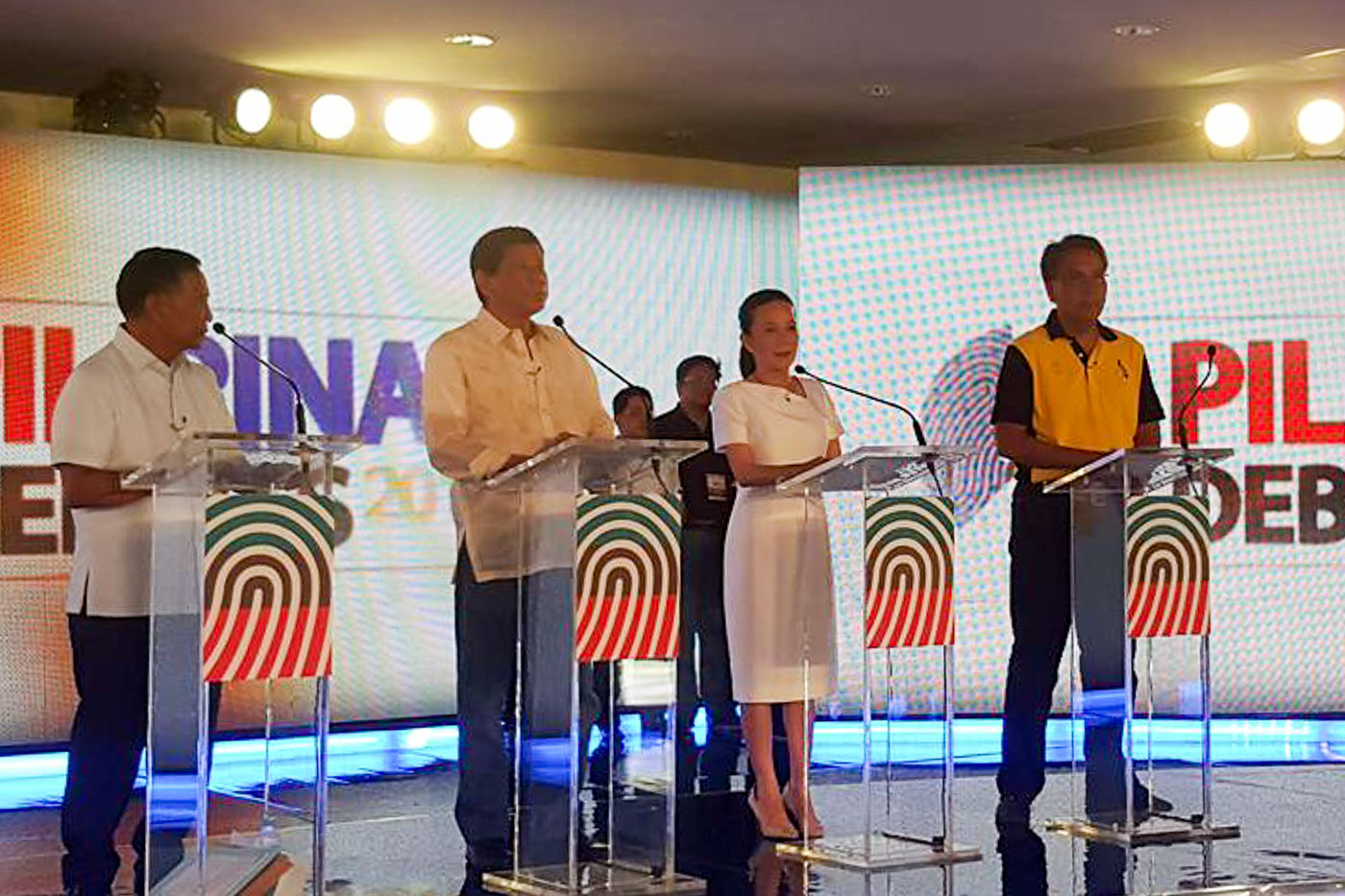 MANILA, Philippines – Like the first presidential debate, the second one held in Cebu did not show policy depth and details, but revealed the character of the candidates, according to millennial advocates and experts who observed the exchange.

“This debate is a litmus test on how our commander-in-chief would look like,” said Nicole Curato, a Filipino sociologist based at the Center for Deliberative Democracy and Global Governance in Canberra, Australia.

The debate, which lasted for almost 3 hours, was character-revealing, according to climate ambassador and TV personality Bianca Gonzalez.

Not sure if I learned anything new from our candidates with this debate, but it did reveal A LOT about their character under pressure.

@VoltaireTupaz Entertaining, no doubt. But I would have wanted more info on plans of candidates on education, health. Character-revealing.

Even at the beginning, advocates and experts were already dismayed at the candidates’ “catfight” over coal and climate change. Other observers said the debate got intense as it proceeded, but lacked substance.

@rjkarunungan @VoltaireTupaz 2/2 than articulating plans for PH progress. Wish they fought as hard 4 Pinoys as they did 4 their reputations.

Leloy Claudio, assistant professor at the Center for Southeast Asian Studies in Kyoto University, summarized how the presidential bets conducted themselves under these circumstances.

@VoltaireTupaz @NicoleCurato 3. Roxas – cerebral, but also lost his cool. I can trust him with policy, but he doesn't handle stress well

@VoltaireTupaz @NicoleCurato Poe: Eloquent, uses one liners well. But she really took a hit on the coco levy issue.

@VoltaireTupaz @NicoleCurato Duterte: Bully tactics re. Roxas worked. But how does he get away with admitting to being a killer?!

@VoltaireTupaz @NicoleCurato Binay: Disagree with the panel. Weak all around, and couldn't answer Mar Roxas's questions towards the end.

Even the new format, which allowed longer interaction among the candidates, did not facilitate clearer articulation of stances on issues. It did reveal, however, how the presidential bets perform under pressure.

In the previous debate, Mike Labayandoy also criticized the format because “it did not encourage continuity, deepening of positions.” (READ: No sparks: ‘Not a debate, but speed dating’)

But for Evan Tan, a member of the executive committee of the Philippine LGBT Chamber of Commerce, lines were drawn on specific issues close to women and human rights advocates.

@VoltaireTupaz Sobering. Excited to see the next debate. So far, candidates are consistently showing where they stand on key issues.

@VoltaireTupaz and that delay bec of going against rules. Digong's war vs criminality without clear action plans. All soundbites.

Meanwhile, though her mistake ended up causing the 90-minute delay in the debate, TV5 news chief and anchor Luchi Cruz Valdes was praised for her efforts to keep the candidates’ exchanges on track.

The Cebu presidential debate is the second in a series organized by the Commission on Elections (Comelec) and its media partners. It was supposed to start at 5 pm but began at 6:30 pm. (READ: #PiliPinasDeLate? Delayed Cebu debate stirs confusion on social media)