Martial law not an ‘era of discipline’ – Miriam College community 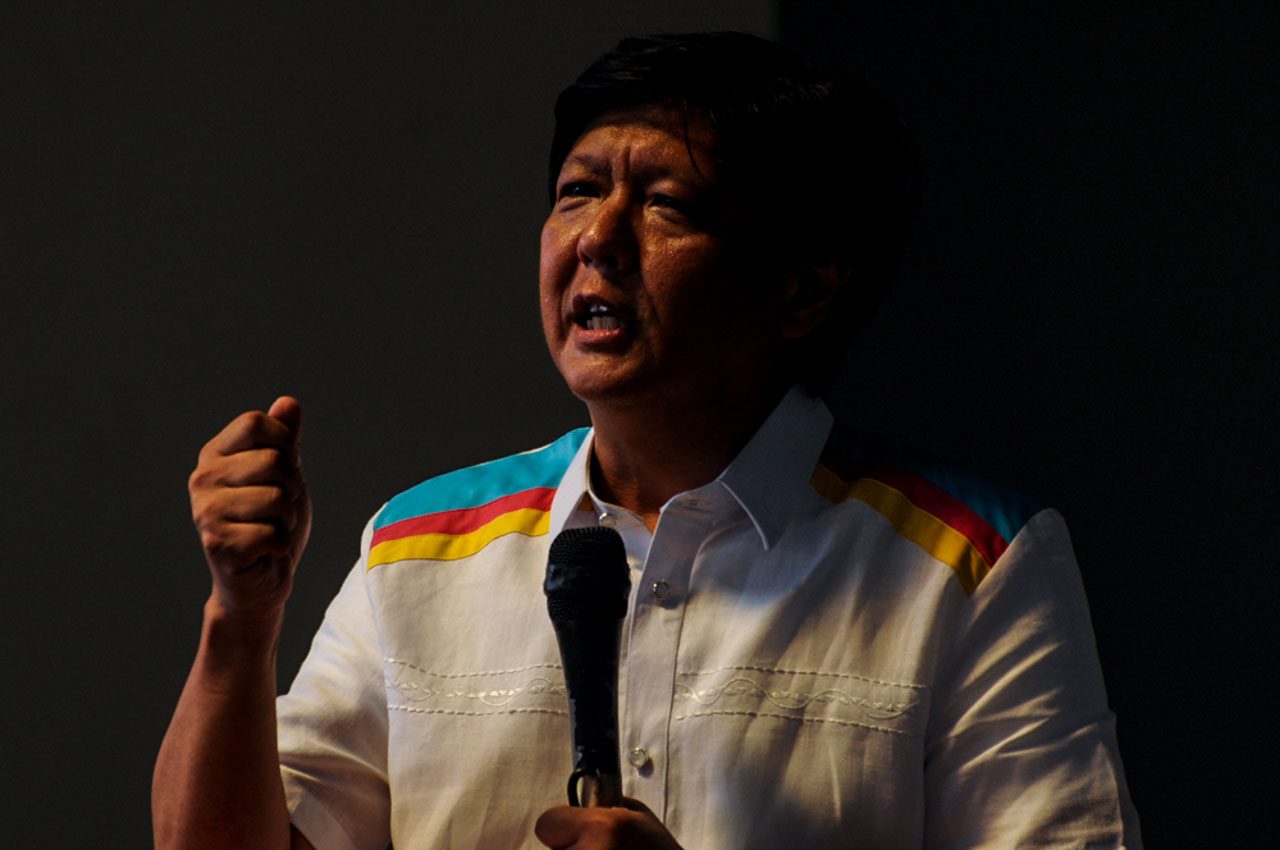 Facebook Twitter Copy URL
Copied
'Martial Law did not result in real peace. Instead, it fomented greater social unrest and promoted a culture of violence throughout the country.'

“We denounce the Marcos campaign’s characterization of the dictatorship of former President Marcos as an era of ‘discipline’. We reject the suggestion that this kind of ‘discipline’ was, and still is, a necessary step toward obtaining peace and prosperity,” they said in a statement circulating online.

“It is an affront to the thousands of Filipinos who were systematically harassed, arrested, tortured, and summarily executed by state agents,” concerned members of the community added. (READ: #NeverAgain: Martial Law stories young people need to hear)

They also refuted “all claims that the regime of President Ferdinand Marcos was a time of peace and economic prosperity,” saying that the administration’s projects were marred by corruption and “bankrolled by ever-increasing amounts of public debt.” (READ: Marcos years marked ‘golden age’ of PH economy? Look at the data)

For them, “true peace and lasting development” can only be attained through “people’s participation in governance at all levels” and not through repressive means.

They affirmed their commitment to “democratic ideals and institutions – institutions that guarantee every citizen’s right to participate in governance, and to demand transparency and accountability from government.”

With many of today’s martial law supporters being young, how do college professors, especially those teaching History, feel about the positive view of martial law that is spreading online?

Christine Lao, who teaches in the MC’s International Studies Department, and many of her colleagues noted how many students learned of martial law on social media.

“We shouldn’t be angry at the youth,” Lao said. Educators should instead “expose them to how things were,” she explained.

This means opening the conversation and keeping it alive — and educators have to start it. Lao said MC professors gave out movies about martial law and encouraged students to have open conversations with their parents about the period.

“They would not have the conversation if we had not started it or given them the material,” she said.

Sisters on the streets

Miriam College rejected Bongbong Marcos’ version of his father’s administration, saying, it “does not square” with their “personal and institutional experiences of life under the Marcos regime.” (READ: ‘Bongbong Marcos knows what to apologize for’)

Members of the school, including the Maryknoll sisters, joined the protests against the regime, “documented cases of arrests and torture, and cared for activists.”

One of them, Sr Helen Graham is one of the founders of Task Force Detainees of the Philippines, which began when one of her students was taken. She was able to find the bus with the detainees and was allowed to enter.

While inside the bus, she was able to record the detainees’ names and contact details, which she used to help families contact their missing loved ones.

According to the statement, protesters from the school were arrested and were witnesses to the brutality against dissenters.

The community said: “Martial Law did not result in real peace. Instead, it fomented greater social unrest and promoted a culture of violence throughout the country.”

Like the Maryknoll sisters, other prominent Catholic leaders and institutions were key to the downfall of Marcos.

Jaime Cardinal Sin, who was the Archbishop of Manila at the time, prompted the February 25 protests with his announcement over Radio Veritas.

Catholic educators were also prominent protesters at the time. Aside from the Maryknoll sisters, the Benedictine sisters were also part of EDSA I while the Jesuits belonged to a movement to protect ballots during the snap elections of 1986.

Their efforts, along with thousands of others Filipinos, toppled the regime. However, 30 years later, the Marcoses still firmly hold on to power.

The MC community ended the statement by calling on Filipinos to never “allow a Marcos in our government.” However, the Pulse Asia survey conducted from March 8 to 13 and released on March 22 showed Bongbong Marcos was the frontrunner for the vice presidential race, getting 25% of the vote.