Apr 3, 2016 10:15 PM PHT
Voltaire Tupaz
Facebook Twitter Copy URL
Copied
On Twitter, the hashtag #BigasHindiBala gets over 63.5 million impressions, with posts calling for compassion and justice for the farmers 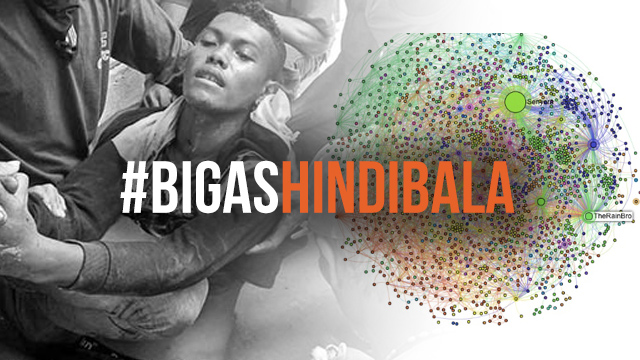 MANILA, Philippines – Various groups and concerned citizens took to social media to express solidarity with farmers violently dispersed by cops during a protest in Kidapawan City on Friday, April 1.

At least two farmers were killed and 116 others were wounded when police dispersed the protest.

The farmers had held the demonstration to demand that government release 15,000 sacks of rice to them, saying that they have been severely affected by drought in the past several months. (WATCH: The drought protest that turned bloody in Kidapawan)

The heartrending images from Kidapawan, which quickly spread online, sparked the hashtag #BigasHindiBala (Rice, not Bullets).

On Twitter, the hashtag racked up over 63.5 million impressions from 1 pm to 10 pm on Saturday, April 2, according to Rappler’s social media analytics tool Reach. On Twitter, “impressions” means “the times a user is served a tweet in timeline or search results.”

The ​hashtag peaked with more than 21.6 million impressions at 3:45 pm on Saturday, when Malacañang appealed to the public not to “rush into judgment,” noting that President Benigno Aquino III “will refrain from making any statements until he has fully studied the matter.” 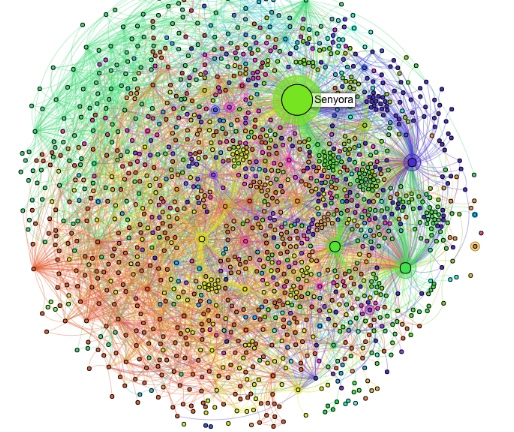 The biggest influencers on the topic were the Twitter accounts @Senyora, @TheRainBro, @IrishDDizon, and @Cinephilliacy.

Using the hashtag #BigasHindiBala, prominent personalities also weighed in on the issue, calling for compassion and justice. Here are some of their posts on Twitter and Instagram.

A photo posted by carlene aguilar-ocampo (@carleneawesomeocampo) on Apr 2, 2016 at 4:09am PDT

Another day for all to bring attention and fair justice to #BigasHindiBala.

Dear young ones, please practice compassion. Please show your support to our farmers the way you did to the French. #BigasHindiBala

#BigasHindiBala | Aiza Seguerra says Kidapawan farmers protest would not have ended bloody if only govt did its job. pic.twitter.com/8yswEZi1Es

the more you villify the left with age old scare tactics, the more you remind us how little progress the status quo's made. #BigasHindiBala

Award-winning actress Nora Aunor, in a message posted on Instagram by TV and online personality Sebastian Castro, called on the government not to ignore the plight of the farmers affected by the drought.

Actor Robin Padilla went to Kidapawan on Saturday to meet the affected farmers. He also visited a warehouse to buy them 200 sacks of rice.

Robin Padilla: "I am not a politician. I am here because I am, like you, a Filipino."#BigasHindiBala pic.twitter.com/UEzjzbDLb1

In the Philippines, Mindanao has been the most affected by the current El Niño phenomenon with at least 5 areas – Maguindanao, North Cotabato, South Cotabato, Cotabato City, and Zamboanga City – declaring states of calamity since March 2015. – Rappler.com