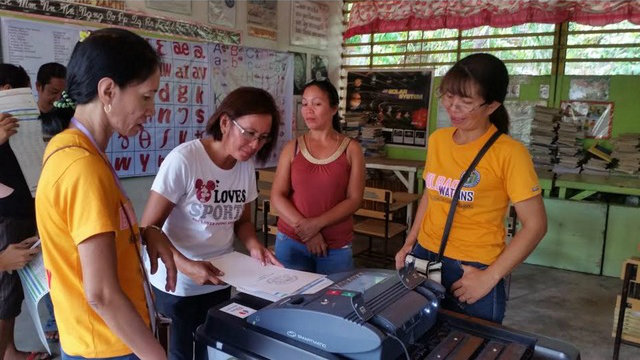 MANILA, Philippines – In preparation for voting on May 9, Election Day, several municipalities across the country began testing and sealing vote-counting machines (VCMs) on Friday, May 6.

The final testing of the ballots is an important part of the voting process, as mandated by the Commission on Elections (COMELEC). (READ: How to prevent cheating with the vote-counting machines)

The testing and sealing process also serves as a practice scenario to familiarize both voters and poll watchers on what to expect on the day of the election.

The problem of inexperience was reflected in a polling precinct in Bacolod City, where issues of BEIs not properly trained were voiced out. (WATCH: Guide for teachers on duty on election day)

For some of the inspectors, today was their first time handling the VCM.

Citizens in Bacolod City were relieved to have their votes correctly designated to their choice, despite recent problems of votes being transferred to another candidate.

In Tapaz, Capiz, sealing of the ballots were successful. The only concern was the jamming of the machine, which was readily addressed by the technician.

The municipality of Tapaz has 68 polling precincts, and 58 centers with vote counting machines. 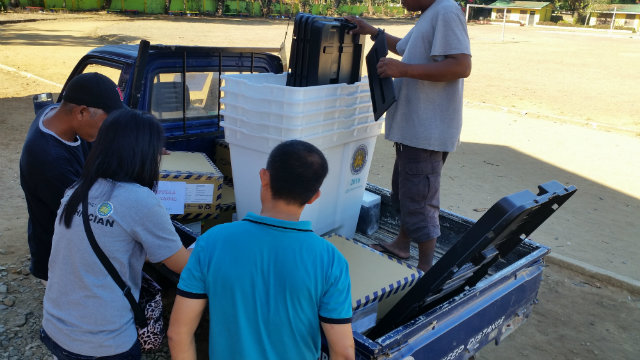 Voters from Barangay Talacagay in Hinoba-an, Negros Occidental also participated in the mock election and the final testing of the machines on Friday.

For the polling centers in Cebu, only two police officers were assigned to each area to help assist and monitor voters.

In the municipality of Bongao, Tawi-Tawi, the testing was scheduled to start at 9 AM, with eager voters already present at the venue by 8 AM. 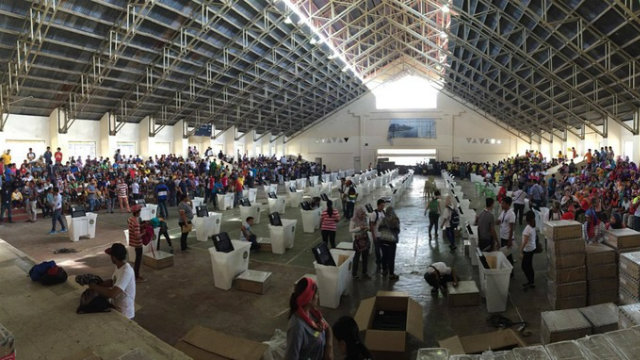 According to some members of the Board of Election Inspectors (BEI), they were instructed to arrive at the venue with materials ready to use.

Before beginning the testing proper, the BEIs and party poll watchers still had to go over the manuals and prepare the machines. The batteries used for the machines were not fully charged, resulting in a delay in the voting procedure.

According to COMELEC, the ballots used today would be placed in the Bongao municipal hall for safekeeping. – Rappler.com