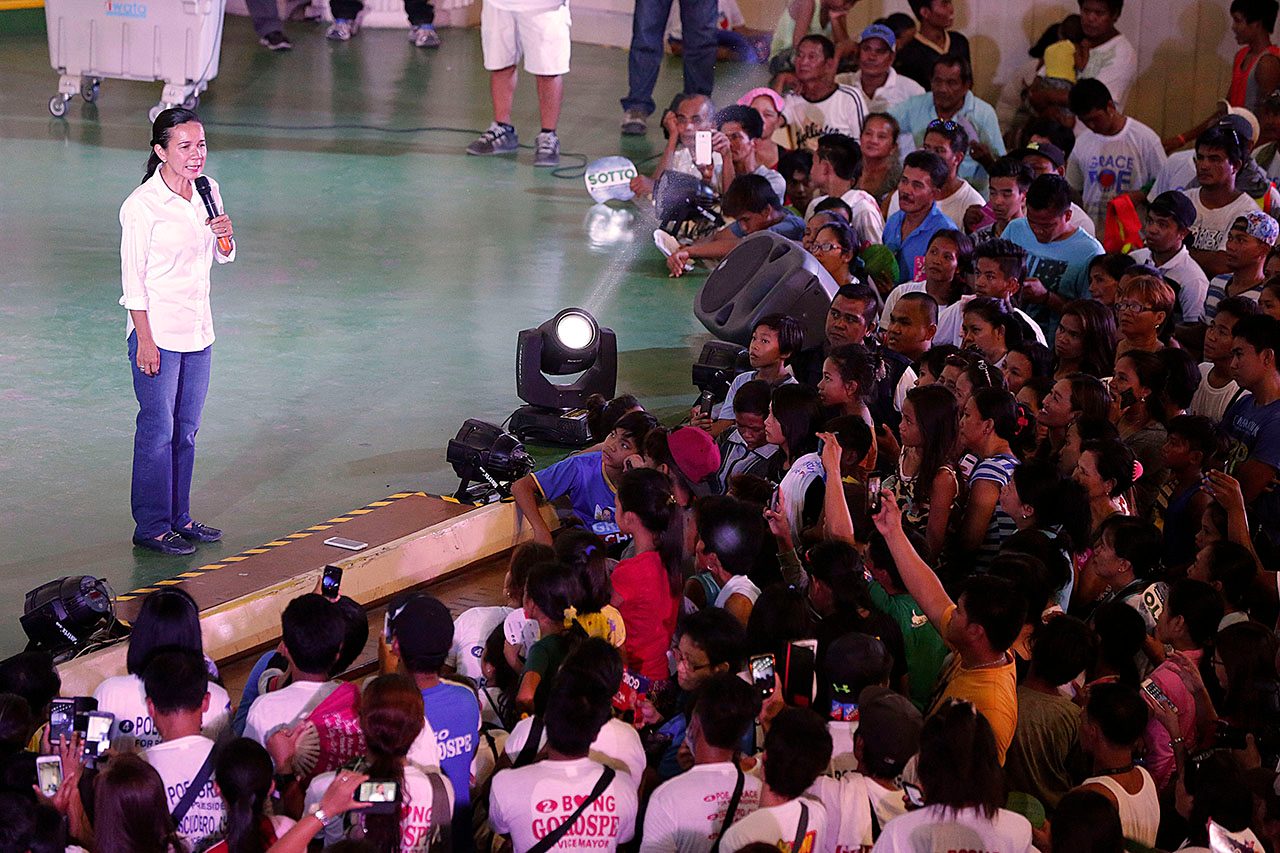 URDANETA CITY, Philippines – Senator Grace Poe spent time in vote-rich Pangasinan on the last day of campaign period on Saturday, May 7, to remind the voters of her personal ties to the province. (READ: What you need to know about Pangasinan and #PHvote)

“Let’s make another Pangasinense president,” she told the audience at the Urdaneta Cultural and Sports Center. His father, the late Fernando Poe Jr, hails from San Carlos City.

She teared up when the audience started chanting, “Grace Poe! Mahal ka namin (We love you)!”

Poe assured the voters that among all presidential candidates, she cares the most about the province.

(Among all the candidates, I perhaps understand Pangasinan best. I have been here many times. I’ve seen the problems of our farmers. I’ve seen that our fishermen are helpless in the West Philippine Sea. There are a lot of needs in terms of irrigation and funding support for the farmers. I’ve seen how young people can’t pursue their studies because of financial problems.)

Polls show that Poe is tied in the second place with administration candidate Manuel Roxas II, trailing behind survey leader Mayor Rodrigo Duterte. President Aquino called on the Poe and Roxas to unite against Duterte but Poe maintained she is not withdrawing from the race.

Duterte maintained his poll numbers despite his controversial rape joke and the controversies on his alleged millions of pesos in a “secret” bank account. – Rappler.com