#PHVoteWatch: Violence, vote-buying incidents on May 7 MANILA, Philippines – As national and local candidates held their final rallies on the last day of the campaign period on Saturday, May 7, cases of vote buying and election-related violence were also reported nationwide.

Here are some of the vote buying, vote selling, campaign offenses, and other election-related incidents on this day crowdsourced through the #PHVoteWatch Map:

In Indang, Cavite, a netizen reported that vote buying came in the form of providing insurance. Indang is a small town in the 7th District of Cavite, the 3rd most vote-rich province in the country. The insurance plan allegedly came from incumbent Board Member Fidel Vergel. Vergel is currently vying for a mayoral seat in Indang. 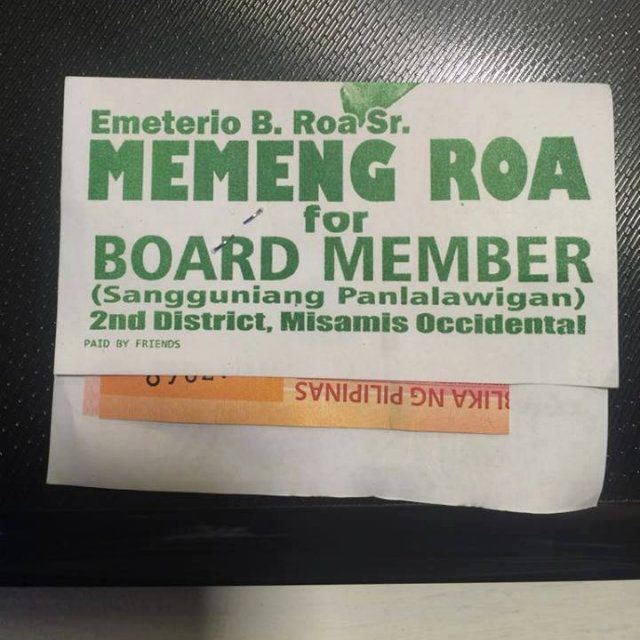 In the town center of Ozamis City in Misamis Occidental, an anonymous source verified that people were giving P20 bills with campaign paraphernalia of Emerito “Memeng” Roa Sr.

Roa is running for a seat in the provincial board in the 2nd district of Misamis Occidental. In Bongao, Tawi-Tawi, an anonymous source reported that candidates for councilor were handing out campaign paraphernalia with P50 and P20 bills.

The councilors in the flyers – Khaizal Jumdail, Karanain Arula, and Iddi Edwin – are all running under the Liberal Party (LP) banner. – Rappler.com