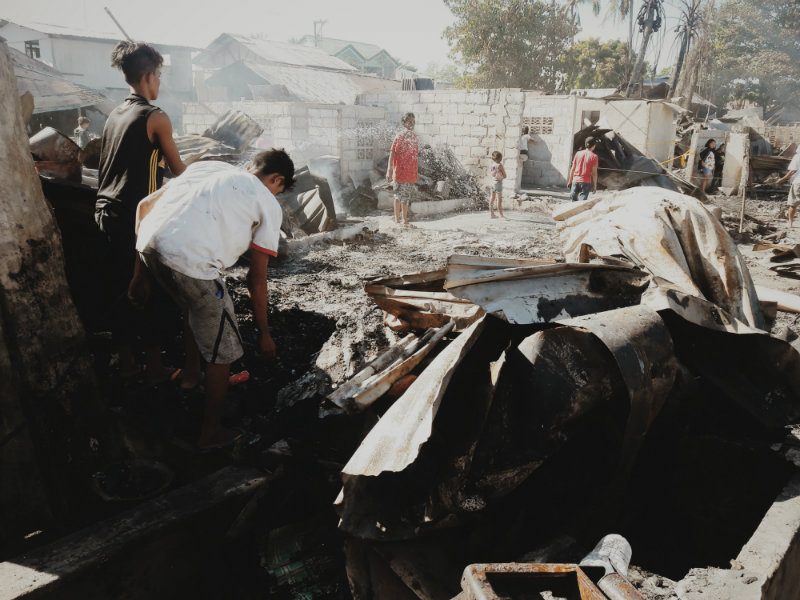 Firemen responded immediately and declared fire out by 4 am. The Bureau of Fire Protection is still investigating the cause of the fire.

Temporary shelters have been established at the chapel and health center in Lo-oc. The local office of the Department of Social Welfare and Development (DSWD) also set up relief operations for those affected by the fire.

According to DSWD, they can only provide food for victims for 3 days. Donations from private individuals are also welcome. Sleeping mats, drinking water, and food were encouraged to be donated.

Meanwhile, a commotion ensued at the relief operations center over donations from politicians.

According to Lo-oc barangay captain Angelita Ragay, a local candidate’s supporter gave her an envelope containing P1,000 . The money allegedly came from Karissa Faye Tolentino, who is running for city councilor.

Tolentino, however, denied that it was an effort to buy votes.

“The donations we gave were made in our private capacity, as a group, not as politicians. If my name was mentioned during the argument, it was probably because I made an ocular visit to assess the damage. It is unfortunate that the small help we extended is politicized,” said Tolentino.

The coastal community is a stone throw away from the city port. Siquijor-bound trip were not affected by the fire. – with reports from Dennis Futalan/Rappler.com