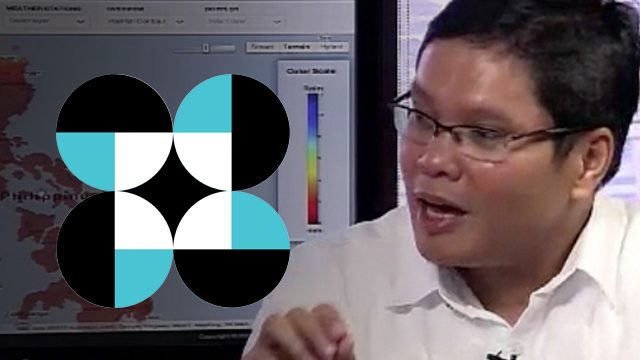 Facebook Twitter Copy URL
Copied
Who could be the next Department of Science and Technology (DOST) head in the Duterte administration? Netizens weigh in.

If appointed, Lagmay is expected to champion the use of data, science and technology to minimize disaster risk and address climate change.

Lagmay, who holds a PhD in geology from the University of Cambridge, has studied major natural disasters in the country including the Guinsaugon landslide, the Mt Mayon eruptions, and typhoons Ondoy (Ketsana), Sendong (Washi), Pablo (Bopha), and Yolanda (Haiyan).

He is also a familiar face in Philippine media, providing context and analysis to scientific data on weather patterns and its impact on communities.

In April 2015, the Europe’s premier geosciences union recognized Lagmay’s achievements and awarded its Plinius Medal to the UP disaster scientist.

“In the Philippine context, combining ‘science and technology’ with ‘disaster risk reduction and management’ must be an urgent priority. Then relate this with economic development strategy,” wrote political science professor Bonn Juego in a Facebook post.

An average of 20 typhoons  hit the Philippines every year, constantly threatening a developing economy and endangering millions of people living in vulnerable areas.

Responding to the nomination, Lagmay said he is honored. “Nakakatuwa na they see that I am worthy of being nominated for the position. I am humbled because that tells that meron akong okay na nagawa [with Project NOAH].”

(I am happy that they think I am worthy of being nominated for the position. I am humbled because it means that maybe I did something right with Project NOAH)

If appointed to the Cabinet post, Lagmay said he wants to strengthen support for the science community through policy and implementation. The goal, according to Lagmay, is to have the whole community – both scientists and non-scientists alike – take pride in the Filipino scientists’ work.

“Regarding projects, we have a lot that is beyond our imagination. What is important are policies that we can pursue for government’s implementation, so that Filipinos will take pride in whatever scientists are doing. That is the only way for the comminity of scientists can really grow,” Lagmay said.

Lagmay added that Secretary Montejo already laid the groundwork for this. “Kung ako masusunod, I want him to continue what he started. In case he doesn’t want to [extend his tenure], this is something I think DOST should pursue.”

(If I could have it my way, I want him to continue what he started. In case he doesn’t want to extend his tenure, this is something I think DOST should still pursue)

Another possible candidate for the post is current secretary Mario Montejo, who is credited with promoting homegrown technology and for beefing up the country’s weather forecasting capabilities.

Under Montejo’s term, the DOST accquired nine locally-funded Doppler radars, updated the coverage of the country’s hazard maps for storm surge and landslide, and launched the first ever Filipino DIWATA-microsatellite. It was also under his tenure that Project NOAH was established.

Montejo was a technopreneur and a professor at the College of Engineering of the University of the Philippines-Diliman.

President-elect Duterte has given no indicator of who he wishes to head the DOST but has made clear his appointees for key posts, such as the Department of Finance.