What to do before, during, and after a volcano eruption

Jun 19, 2016 12:13 PM PHT
Raisa Serafica
Facebook Twitter Copy URL
Copied
(UPDATED) This is how the public should prepare, according to Phivolcs and the Office of Civil Defense 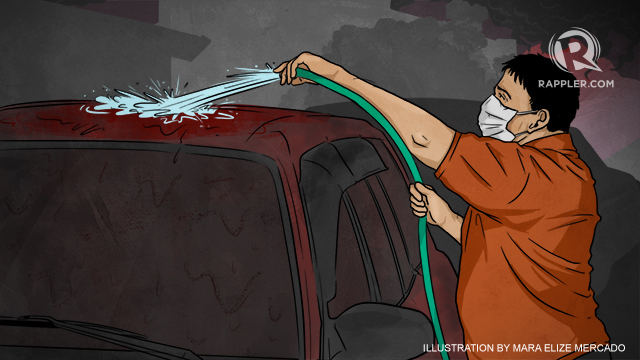 MANILA, Philippines (UPDATED) – There are 300 named and unnamed volcanoes in the country, according to the Philippine Institute of Volcanology and Seismology (Phivolcs).

Around 23 of these volcanoes are considered active while 27 are potentially active. The rest are inactive volcanoes – volcanoes with no recorded eruption in the past years. (READ: Map of active volcanoes in the Philippines)

Phivolcs Director Renato Solidum previously said that the number of active volcanoes could still increase given the country’s location within the Pacific Ocean’s Ring of Fire, a 40,000-circle of interconnected fault lines around the Pacific Ocean, where other seismic activities such as earthquakes also occur on a daily basis.

A volcano is considered active if it has erupted within the last 600-10,000 years, as backed up by historical accounts and based on analyses of datable materials. But no matter how long volcanoes sleep, they are still capable of waking up to life and causing significant eruptions.

The number of volcanoes in the country can be attributed to its unique tectonic setting making it ideal to volcano formation.

“The archipelago is surrounded by subducting plates as manifested by the trenches that are related to volcano formation,” Phivolcs explained.

This is how the public should prepare before, respond during, and recover after volcanic eruptions, according to Phivolcs and the Office of Civil Defense:

While we cannot stop volcanic eruptions, the public, through informed action, can minimize its adverse effects. – Rappler.com