Jun 22, 2016 7:36 PM PHT
Danielle Nakpil
Facebook Twitter Copy URL
Copied
According to MMDA special operations officer Manny Miro, the event was already a success before it even started because of the media's wide information dissemination and awareness campaigns 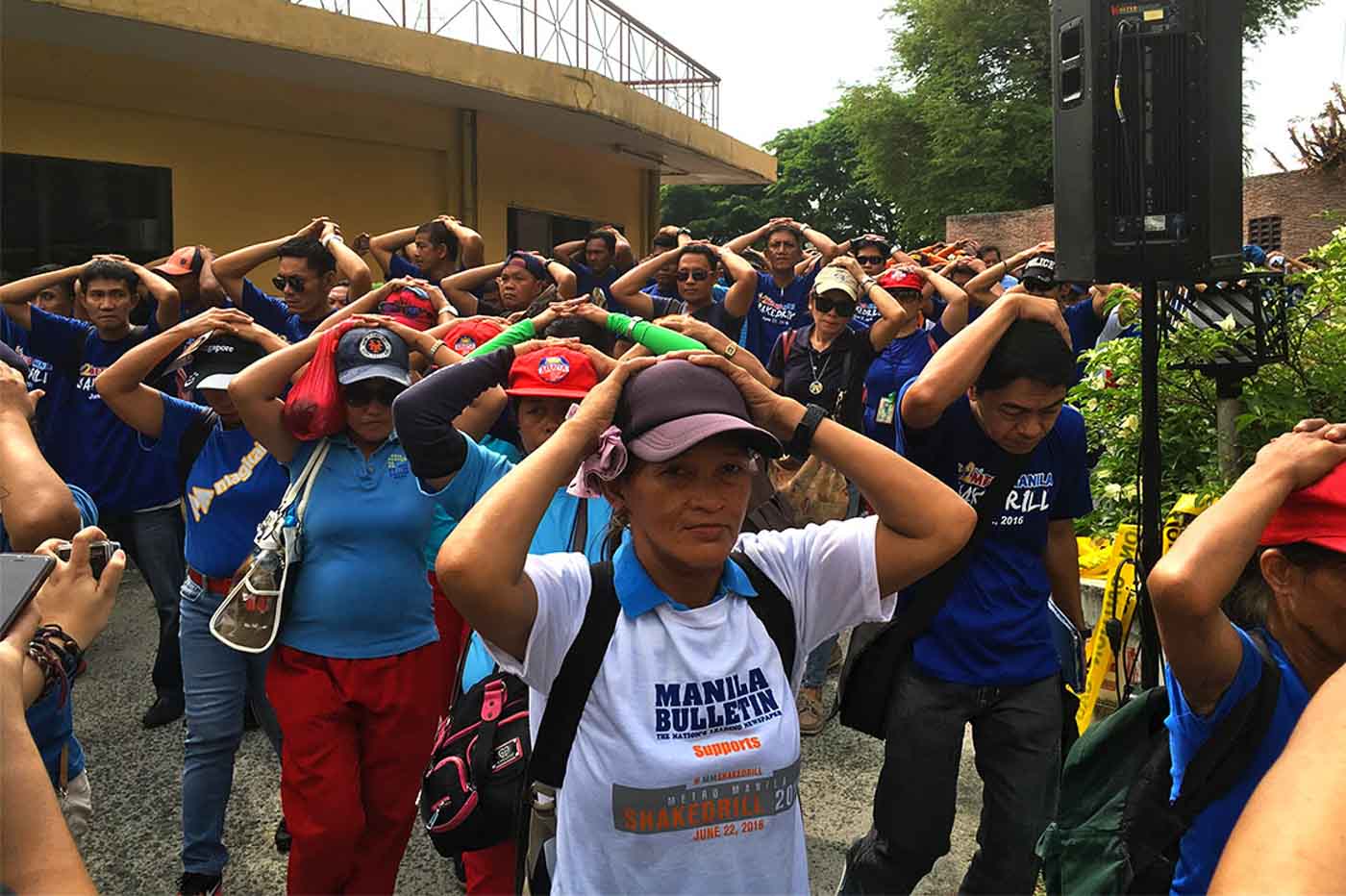 MANILA, Philippines – Aside from the participation of different national and local government units and the private sector, the media played a significant role in the success of the second Metro Manila Shake Drill, according to Metro Manila Development Authority (MMDA) Special Operations Officer and SM Mall of Asia Drill Commander Manny Miro.

“It’s already a success before we even started based on the coverage of the media,” Miro told Rappler moments after the earthquake drill ended on Wednesday, June 22.

Around 12,200 people participated in Miro’s assigned post at the Central Business Park and Mall of Asia Complex in the South Quadrant, and different media networks were there to cover the event.  (READ: IN PHOTOS: Moving moments on #MMShakeDrill, #Pagyanig)

Months prior to the event, different broadcast, print, and online media organizations actively participated and covered the preparations being made by the MMDA for a potentially devastating earthquake.

According to the MMDA officer, all the radio and television programs and social media feeds in the morning were about updates on the earthquake drill. “We did not enjoy this kind of coverage even last year.”

The goal of the MMDA and the National Disaster Risk Reduction Management Council (NDRRMC) is to prepare and equip the residents of Metro Manila for a possible 7.2-magnitude earthquake brought about by the movement of the West Valley Fault.

Through wide media coverage, relevant information on disaster preparedness and response were well-disseminated to the public. This included the “duck, cover, and hold” routine – a crucial survival tip in an earthquake scenario.

“The endpoint of this is to disseminate information to everyone so that many will survive when the time comes,” Miro said.

Many motorists and commuters were also able to avoid heavy traffic along EDSA at exactly 9 AM due to road closure advisories that were posted online and aired in radio and television networks.

Using the hashtag #MMShakeDrill on social media, the campaigned reached 3.5 billion impressions from 7 AM to 1 PM on Twitter, according to Rappler’s social listening tool Reach. #Pagyanig, on the other, racked more than a million impressions. The report defined “impressions” as the “times a user is served a Tweet in timeline or search results.”

The second Metro Manila Shakedrill broke its 2015 record by about 1.4 billion impressions on the popular microblogging site, indicating widespread engagement and interest in the disaster preparedness exercise.

Contributing to the online success of this year’s earthquake drill, many netizens posted their offline experiences while witnessing and participating in the earthquake drills near them. By doing so, they joined the government agencies and other stakeholders in promoting awarenss on disaster preapredness.

Miro said the agency can only do so much. MMDA, he added, hopes that the public learned a lot through the exercises and that Metro Manila will be prepared when disasters strike.

The drill was organized by the OCD, MMDA, the Metro Manila Disaster Risk Reduction and Management Council (MMDRRMC), and other agencies and stakeholders.

Danielle Nakpil is studying Journalism at the University of the Philippines – Diliman. She is a Rappler intern.