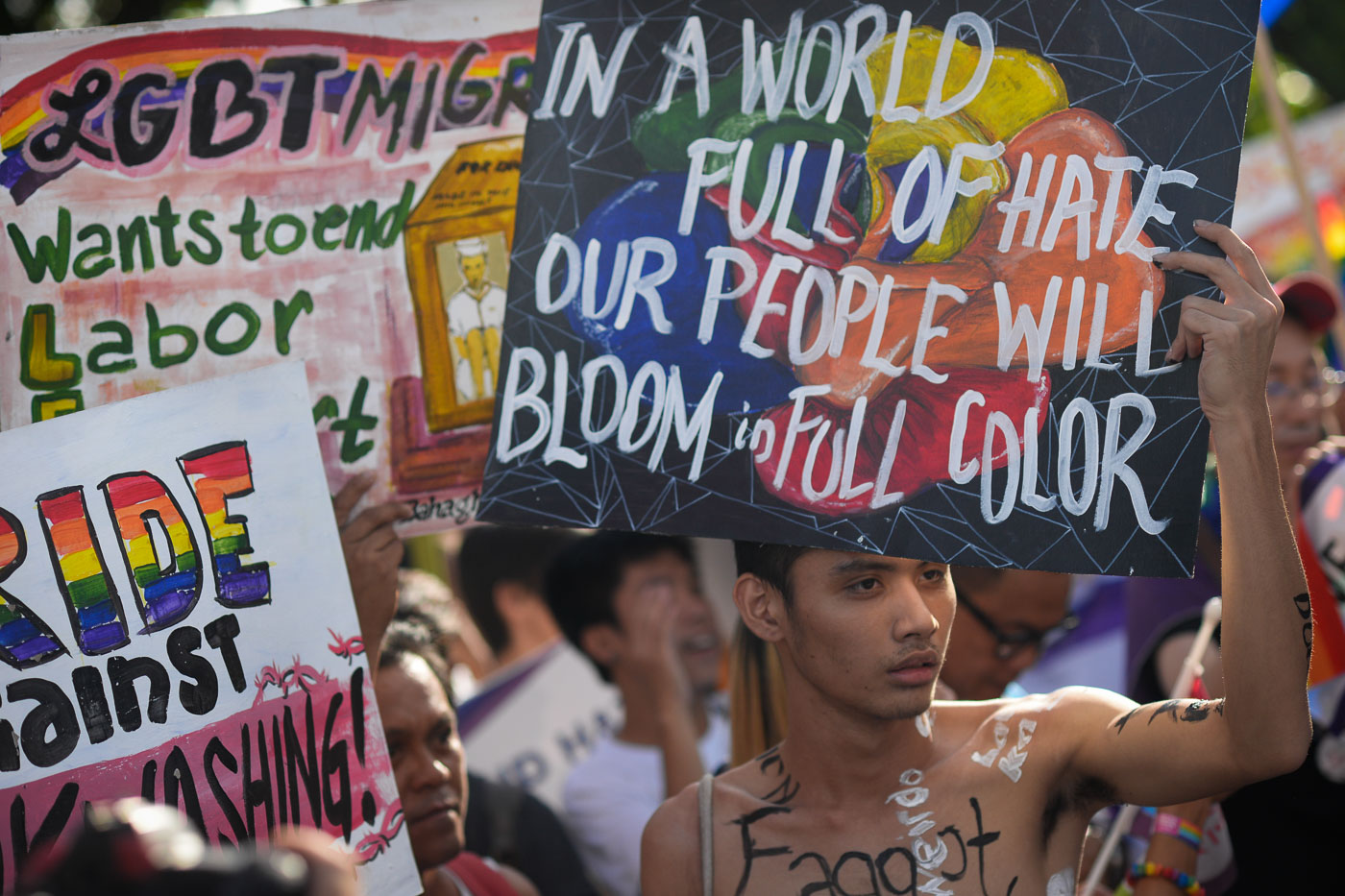 MANILA, Philippines — Proponents of the Anti-Discrimination Bill are optimistic it will become a law in the 17th Congress, after 16 years in lower house limbo.

The bill seeks to end discrimination for the Lesbian, Gay, Bisexual, Transgender, Queer, and Intersex (LGBTQI) community in the Philippines, after House Bill 5687 – the latest version of the Anti-Discrimination Bill – failed to pass in the 16th Congress.

The bill seeks to ban discriminatory practices on the basis of one’s “sexual orientation or gender identity (SOGI)”, namely: hiring, firing and demotions; rejection or expulsion from any educational or training institution; giving harsher penalties, punishments, and requirements; refusal and revocation of honors, achievements, and licenses; hindrance of use of public facilities; mandatory psychological tests; and harassment or refused protection by law enforcers.

Violators could be fined from P100,000 to P500,000 or imprisoned for one to 6 years. In addition, courts may require community service as a form of punishment.

The beginning of the legislation against LGBTI discrimination can be traced back to 1995 when Representative Rey Calalay filed a bill proposing to recognize the “third sex” as a sector.

During the 13th Congress in 2006, Rosales filed House Bill 5687. It only reached the second reading in the lower house. (READ: The long road to an LGBT anti-discrimination law)

Bag-ao said that the bill faced stiff opposition in the past and lacked a strong base of supportive legislators. She added that the opposing legislators have been rallying religious groups to oppose the Anti-Discrimination Bill in the committee hearings.

“This bill is not about religion, it’s about rights,” she explained. But she admits that the bill will not be “the be-all and end-all” to discrimination.

In spite of the opposition, the Dinagat Islands representative is optimistic for the bill’s passage.

“Surveys have already shown that a majority of Filipinos are in favor of passing a law that will protect LGBTs, but we have yet to see the manifestation of this support not just inside Congress, but even in the streets where they can march and be heard,” Bag-ao said.

“I hope more citizens will rise up to the challenge of intensifying the public clamor for the passage of the Anti-Discrimination Bill,” Bag-ao added. – Rappler.com

Rambo Talabong is a student of the Ateneo de Manila University. He is also a Rappler intern.