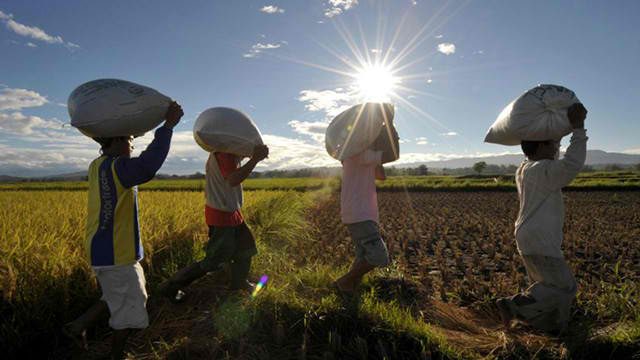 During the National Conference on Agrarian Reform on Friday to Sunday, June 27-29, over 100 farmers across the country convened to create a united stand towards their concerns on agrarian reform.

Since the country is plagued with problems on agriculture – such as the recent Kidapawan protests, decades-long “untouchable” landlords and inability to cope to climate change – the farmers hope to be given attention and help to rise from poverty.

Duterte has been inclined to help farmers, as seen when he ordered his incoming chief legal counsel, Salvador Panelo, to ensure the release of the coconut levy fund when he assumes office.

The farmers hope the goods news continue as Duterte starts his administration. Ahead of the president-elect’s inauguration, the farmer group released 5 issues they want Duterte to address in his first 100 days as president:

1. Problems on installation and positioning of the beneficiaries of agrarian reform to their land

According to the group, in many parts of Mindanao and Luzon, farmers cannot occupy their land due to titles being hidden in Department of Agrarian Reform (DAR) offices. In the Visayas, landlords are using “delaying tactics” to prevent farmers from occupying their land, despite land titles already in the possession of the farmers.

The group asked for a nationwide inventory of installed and uninstalled Agrarian Reform Beneficiaries (ARBs) for a better monitoring of the program.

According to data from DAR, about 12,000 landholdings nationwide with a total area of close to 127,000 hectares have not yet been issued Comprehensive Agrarian Reform Program (CARP) notices of coverage (NOC) or do not have valid NOCs. The lack of NOCs means that the government has not yet done any of the 27 steps to have the landholdings acquired and distributed through the program.

In their experience, farmers have observed that DAR officials do not have the political will to implement their programs. These were observed to happen when a threat of a lawsuit towards DAR officials come from the old landlord.

The farmers asked for security and protection to the officials of DAR who are involved in CARP.

In fact, under the Aquino administration, the DAR failed to meet its target of 198,000 hectares of farmland to CARP beneficiaries, hitting only 18% of the target, showing a lack of implementation, despite reforms made in the current administration.

It has also been observed by the UN Food and Agriculture Organization that “true reform can only come from pressure groups such as members of NGOs, political organizations, and sympathetic reform officials.”

3. Cancellation of titles or Certificate of Land Ownership (CLOA)

Some of the farmers have had their land titles cancelled for many reasons. This is one of the reasons why DAR officials are stopping the installation of the ARBs.

According to the Official Gazette, “some titles were destroyed, and had to be reissued through a court process, similar to filing a case.”

The farmers believed that violation of their land rights, is also a violation of their human rights. With threats and even killing of their fellow farmers, in order to evict them from their own land, they believe that this form of abuse should be stopped.

During a protest by farmers from Negros and Batangas provinces in June 2014, Task Force Mapalad President Jose Rodito Angeles asserted that these have become the cost of fighting for agrarian reform.

“If there were victories under the Aquino version of the CARP, these were mostly won not through the government’s political will but by the efforts of peasants who fought with their lives and limbs to reclaim the land they have been tilling for decades,” Angeles said.

Despite the farmers’ faith in CARP, they recognized that it incurs some problems because some provisions of CARP are in conflict with the law. This includes problems with zoning conversion where some arable lands are being used for mining.

“This is just one of the many and heavy problems that we, the agrarian beneficiaries, face,” the farmers said in the statement.

The farmers continue to hope that Duterte and incoming Department of Agrarian Reform Secretary Rafael Mariano will stand by their promise to implement an agrarian reform program that would dump a “loophole-ridden” version of the program that allowed landlords to maintain control of vast agricultural landholdings already subject to redistribution.

Pocholo Espina is a Health Sciences student from the Ateneo de Manila Univeristy. He is an intern at Rappler.