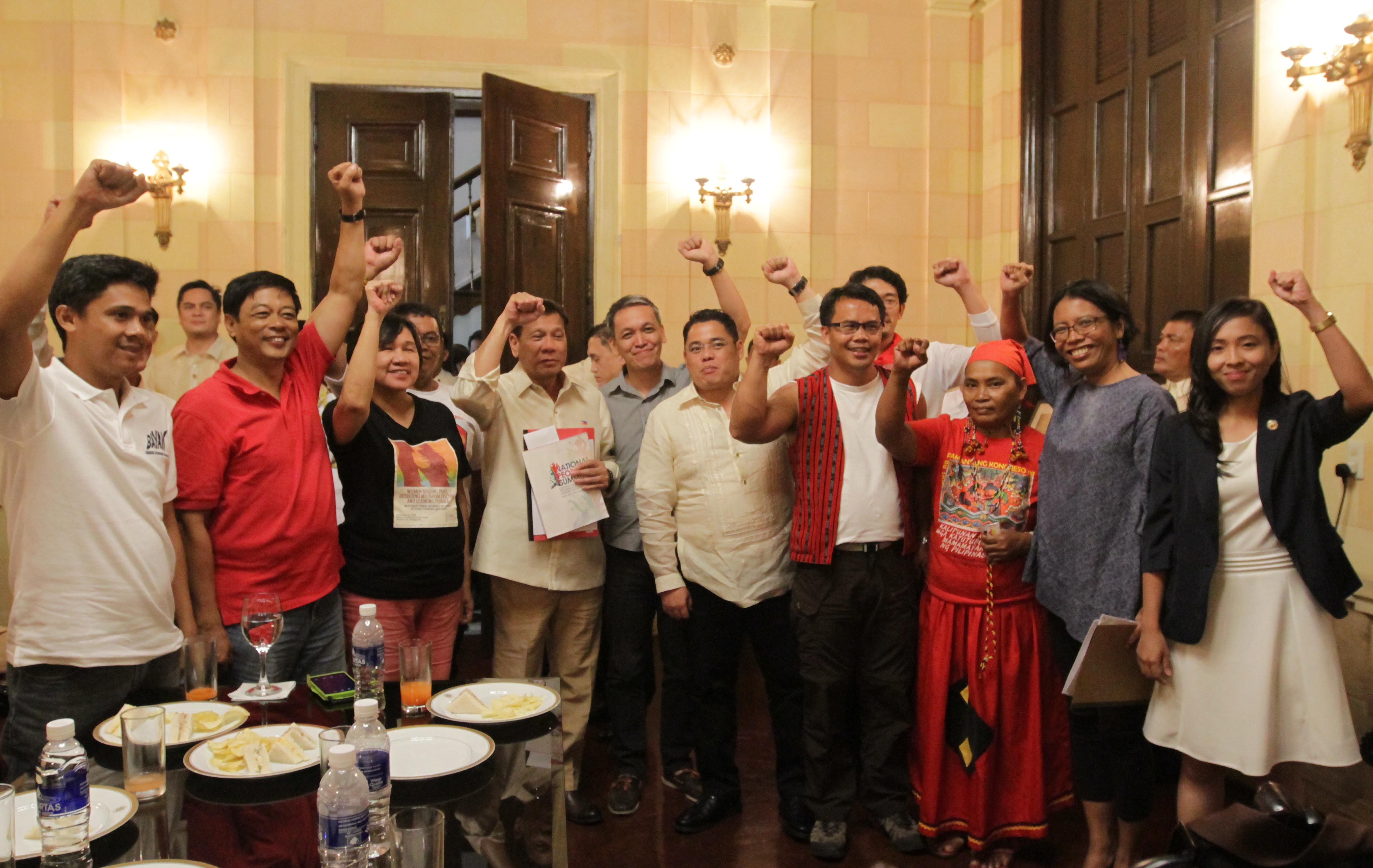 “Pasensya na, po, we may not be dressed for the occasion,” Reyes, who was in jeans, recalled telling the president who met with them for an hour Thursday afternoon, June 30, in the Osmeña Room of the Kalayaan Hall in Malacañang.

The activist’s audience with Duterte happened in between the reception for the diplomatic corps and the first Cabinet meeting.

It was the first time that their group was invited to the Palace on inauguration day, Reyes said.

According to Reyes, their group found common ground with Duterte on at least 6 issues:

The issues are part of the “People’s Agenda for Change” which more than 1,000 leaders from different sectors crafted at the University of the Philippines-Diliman Film Center on Wednesday, eve of Duterte’s inauguration.
Duterte was originally invited to the summit but did not have the time to attend, so he just received the activists in Malacañang. 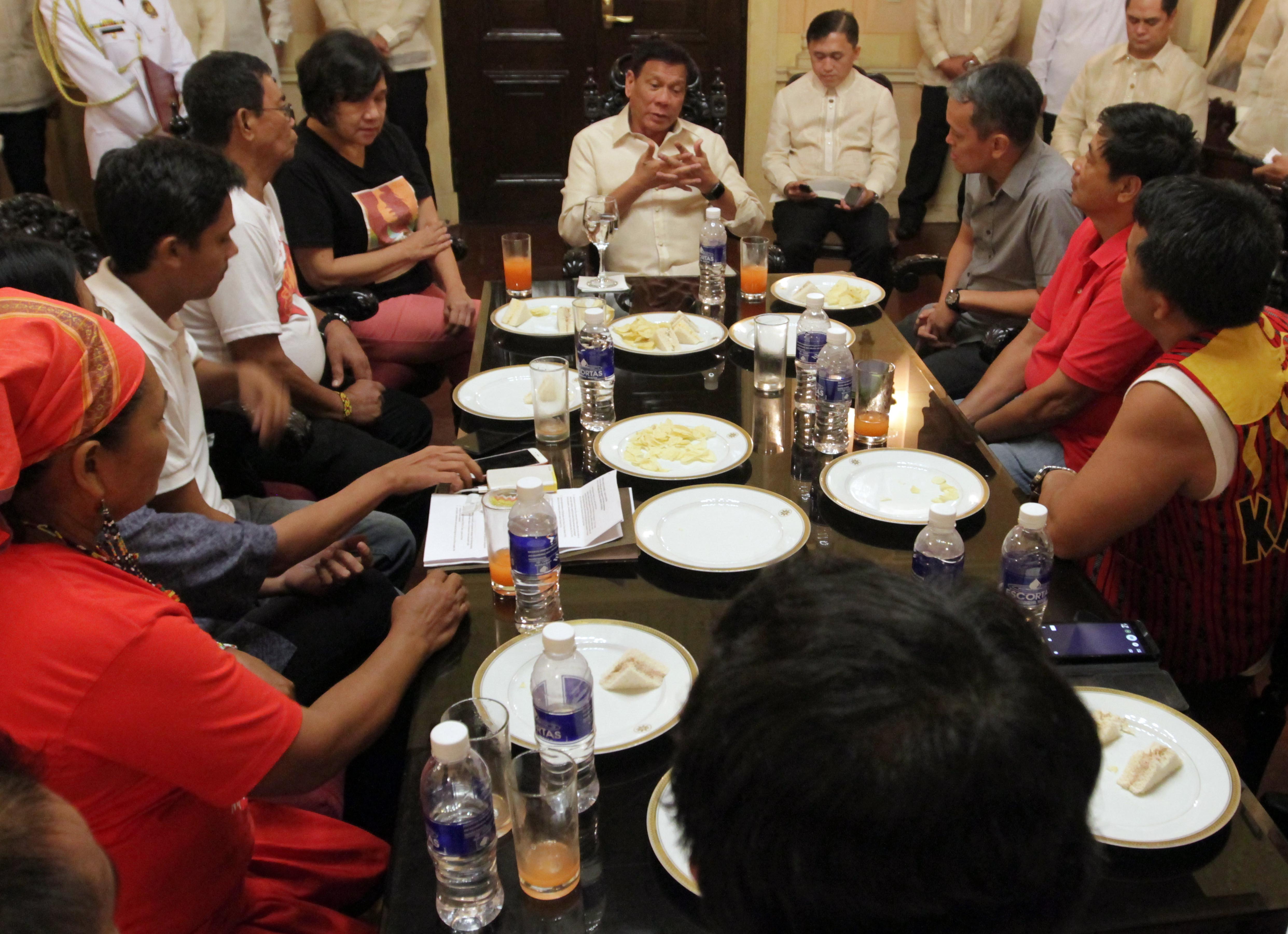 The activists were at the historic Mendiola Bridge while Duterte was being sworn in as the 16th President of the Philippines when members of the Presidential Security Group (PSG) ushered them to the Palace.

It is usually againts Palace protocol to enter Malacañang grounds in jeans, but they made an exception for the activists.

“We wanted a symbolic opening of the Mendiola, but they instead invited the leaders to Malacañang,” Reyes said.

“When it was time to present our tokens, he gamely posed for pictures. He was the first to raise his fist, and we followed his lead. I told him that we don’t remember any sitting president raising his fist like that. He said it was because he was serious in his pledge of bringing change,” Reyes said.

Other progressive leaders who met Duterte after their march were the following:

“On this historic day, we march to Mendiola with high hopes that the next administration would deliver on its promise of change, and for the next generation to attain peace based on justice,” the group earlier said before they met Duterte.

When Duterte was Davao mayor, he made alliances with progressive groups on various issues. Duterte appointed to his Cabinet at least 3 personalities endorsed by the Left. It also resumed peace talks with the National Democratic Front (NDF). – Rappler.com