Jun 30, 2016 6:53 PM PHT
Rendell Sanchez
Facebook Twitter Copy URL
Copied
According to the League of Filipino Students, the youth comprise a big chunk of Duterte’s vote during the elections because they are clamoring for change in policies concerning them 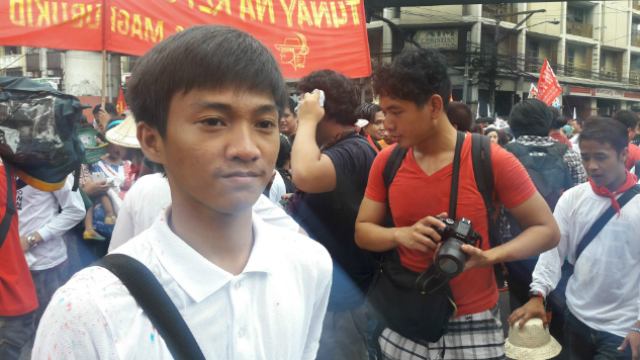 MANILA, Philippines – Powders of red, blue, and yellow filled the air in one side of Mendiola on Thursday, June 30, as the newly-sworn President Rodrigo Duterte delivered his inauguration speech.

These were thrown in celebration by representatives of youth groups as they welcomed the new president with high hopes that his administration will address problems that directly affect the sector.

League of Filipino Students (LFS) spokesperson JP Rosos said the youth comprised a big chunk of Duterte’s vote during the elections because they are clamoring for change in policies concerning them.

“As much as the youth supports Digong, we also challenge him to grant his promises on genuine change,” Rosos said.

These changes include stopping the implementation of the K-12 program which, according to Rosos, is a “defunct neoliberal policy” that worsens the poverty felt not only by Filipino students but more importantly their parents.

“We have seen its failure when at least 400,000 students – admitted by the Department of Education Secretary Bro. Armin Luistro himself – up to a million students are deprived of finishing high school education,” Rosos said in a statement.

As an alternative, Rosos said the new administration should strive for an education system that is “nationalistic, pro-poor, and scientific.”

This, he said, will lead to national industrialization and will produce professionals who are not just formed to work abroad. 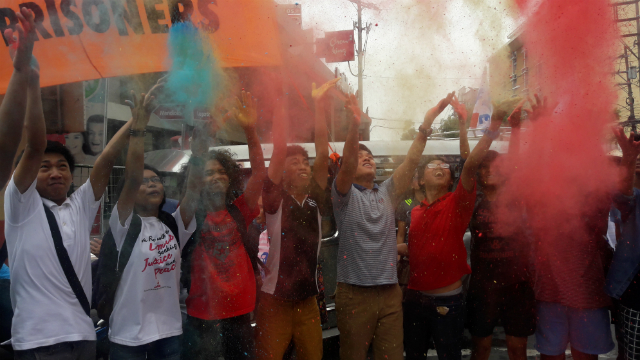 “A lot of the members of our youth are workers. That’s why we strongly support the campaign against contractualization,” Elago said.

She added that labor laws should benefit poor laborers instead of taking advantage of their efforts. Elago also asserted the urgent need for land reform as there are many young farmers and rural laborers.

Elago pointed out that all these changes will not be possible through the efforts of the new president alone.

“Our challenge to the youth, as we are the hope of our nation, is to wholly give your intelligence, talents, and brilliance to the country and cooperate with the administration in shaping a better future for all of us,” she said.

The youth groups joined agrarian reform movement, indigenous peoples, and health, labor and transport unions in Mendiola to show their support for Duterte. They carried with them the hope that the Duterte presidency will solve the concerns of the masses and other key issues that the Aquino administration “neglected.”