Ever been to Market 3 where kids grow up with dirty water? 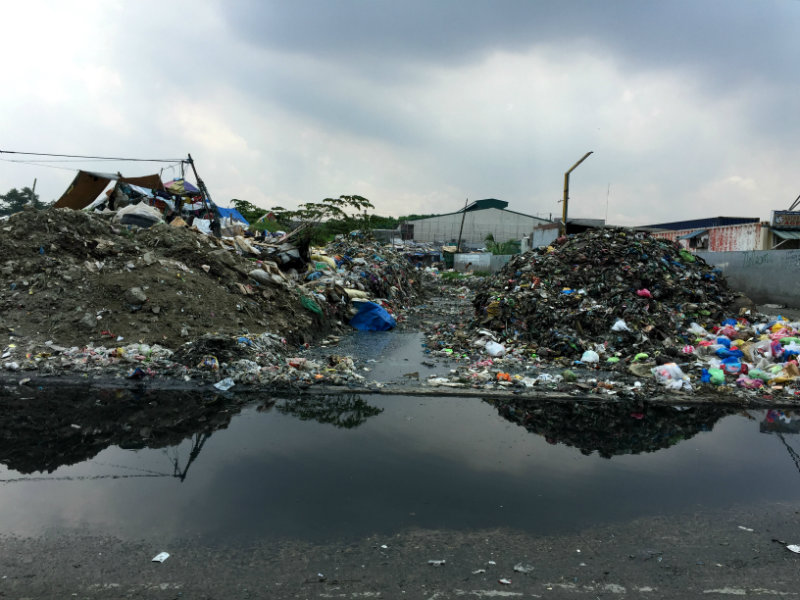 MANILA, Philippines – The air smelled of fish, fresh off the water.

It rained the night before, leaving the ground wet with urine and washed-out garbage. After a while, it gets hard to distinguish the odors from one another.

This is how mornings unfold in “Market 3”, a community of informal settlers in Barangay North Boulevard Bay North (NBBN) in Navotas City. It got its name from its locatiion – near a fish market.

Right beside it is the Navotas Fish Port, one of Asia’s largest fish centers. Despite an abundance of seafood, the community is in dire need. In Market 3, many children go to bed on an empty stomach. Their parents mostly work as fishers or vendors; unfortunately, they cannot afford their own fish.

In the Philippines, fisherfolk remain the poorest basic sector, next to farmers. Can you guess the 3rd poorest group?

Of water and toilets

In Market 3, children run side by side with stray dogs. Both have patches on their skin: the dogs sport bald spots left by fleas, and the children have rashes peeking from their holed shirts.

Barefoot, children jump over dirty puddles. They laugh, grateful for the water, no matter how dirty.

There are hills of trash everywhere. Children climb the hills to play; other times, they go there to relieve themselves.

These children are growing up without showers and toilets. Clean water, for them, is a luxury. 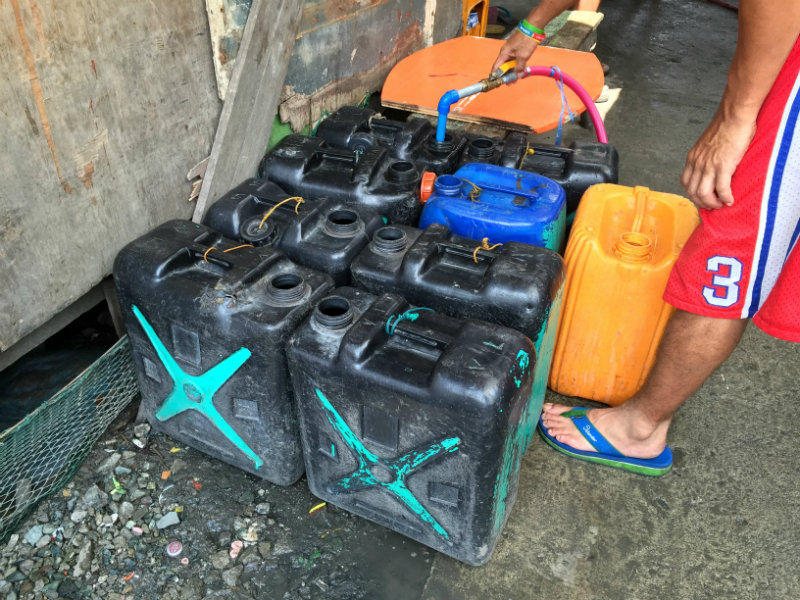 A jug of drinking water for one family costs around P30 a week, while water for washing is P20 per week. That’s P200 a month, a bill too big for some families.

In Market 3, defecating out in the open is normal. Residents wrap their waste in newspapers or plastic bags, before “shooting them into space.” In jest, they call these “flying saucers.”

As of 2011, 9.6% of Filipino households don’t have toilets, according to the National Nutrition Survey.

While some families in Market 3 own toilets, several others don’t. They depend on a communal bathroom, which charges P5 per use. Not everyone can afford the fee.

The communal toilet serves around 900 Filipinos living in Market 3. This alone is too difficult to imagine.

On bad days, the flooding could go above an adult’s waist. This could already drown a small child. 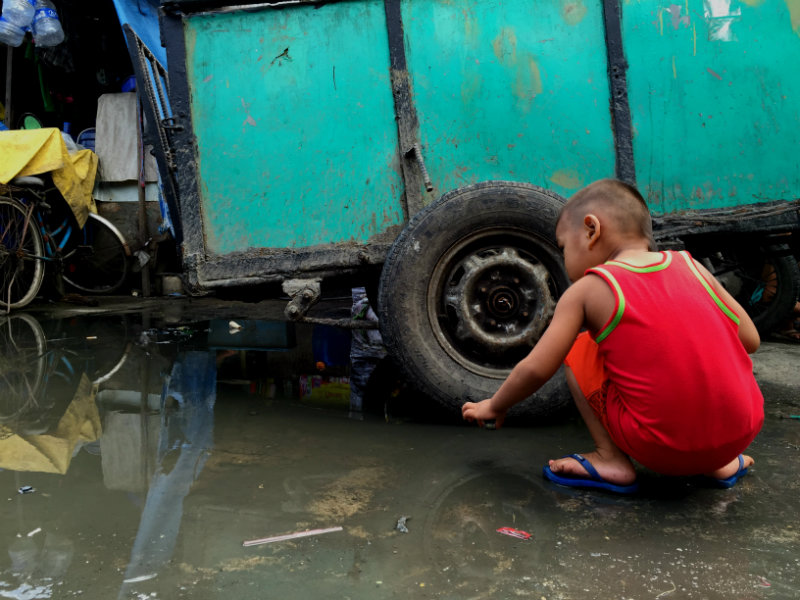 Diarrhea is among the leading causes of death among children under 5 years old. It’s both a cause and effect of malnutrition.

In fact, malnourished children are at a higher risk of dying due to diarrhea.

While budget is an issue, some parents also lack knowledge on hygiene and sanitation. Some don’t boil water before using, Felipe observed. Children’s wounds are often infected since they play in flood water.

“Some children play in the mud, they play with maggots. And there are rats here as big as cats,” said Rogelina Balderian, Save the Children’s community mobilizer in Navotas City.

How you can help

Proper nutrition is linked to cleanliness.

In Market 3, Save the Children will be conducting a solid waste management training, in partnership with the Fish Port Authority and the barangay.

By eliminating trash and flood in the area, children are saved from falling ill. While NBBN’s barangay health center is doing its best, limited resources make it hard to create effective change.

In March 2016, Save the Children began its nutrition program in NBBN, in partnership with barangay health workers. Its Community-based Management of Malnutrition (CMAM) program successfully treated 117 moderately acute children in Market 3.

Currently, 5 severely malnourished babies are being treated in the area. Parents are also being educated on proper nutrition and childcare, while barangay health workers are trained on handling child malnutrition.

Save the Children’s CMAM program is fully funded by local donors.

Due to the generosity of supporters, the program will soon expand to 5 other barangays in Navotas City.

As the rainy season starts, the children of Market 3 would be fighting off more than just rain and floodwater. Some would be battling for their lives. – Rappler.com

Fritzie Rodriguez is a development writer at Save the Children. She is a former journalist who covered issues on LGBT, women, and children’s rights.

Save the Children is the world’s leading independent children’s organization working on health, nutrition, education, emergencies, child protection, and child rights governance. For those who want to be part of its fight against child malnutrition, kindly visit #LahatDapat, Save the Children’s nutrition campaign. You can also donate online here.