Why millennials are now the apple of advertisers’ eyes

Sep 13, 2016 2:30 PM PHT
Chris Schnabel
Facebook Twitter Copy URL
Copied
As the combined spending power of millennials is projected to soar, the advertising world is coming up with ways to reach the younger consumers 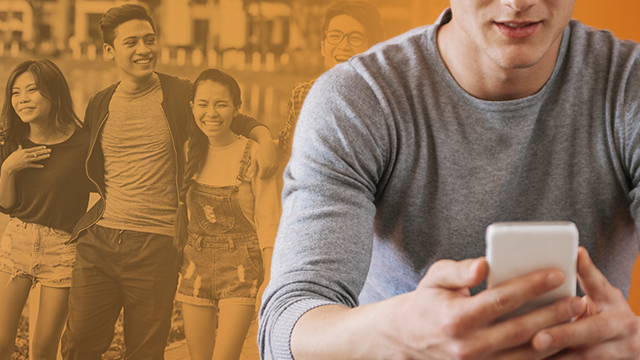 MANILA, Philippines – Flip on the TV or browse Facebook and chances are you’ll find good-looking, stylish people between the ages of 18 and 35 staring right back at you, urging you to buy a new phone or eat at a new restaurant.

This would come as no surprise as the market always follows the money, and research by the University of Massachusetts Dartmouth estimates that millennials‘ collective spending power last year hit $2.45 trillion globally.

Marketing intelligence firm Advertising Age expects millennials to start spending more than $200 billion annually starting in 2017 and $10 trillion over the course of their lifetimes.

In the Philippines, where the median age is 23 and the economy is fueled by consumption, reaching this vast consumer base isn’t just essential for the future. It’s key for the here and now as the youth are already shaping the direction of the economy.

“In my world, you feel the importance of a target market when every single client is trying to run after them,” said Merlee Jayme, the co-founder, chief creative officer, and – in her words – “chairmom” of Dentsu Jayme Syfu.

Jayme’s world is advertising, having founded the Jayme Syfu advertising firm 10 years ago. Earlier this year, her firm merged with the Dentsu Aegis Network, a wholly-owned subsidiary of Japan’s largest advertising firm, Dentsu.

Her firm is also notable for being the only Philippine-based agency to win the Grand Prix at the Cannes Lions, advertising’s most prestigious event, back in 2013.

“Today, almost every single client I have wants to understand millennials more so they understand the power of millennials. They want a share of wallet of all of these young people. So we started researching and interviewing them to get a piece of how they think, how they spend, where they go, and what kind of psyche they have,” Jayme explained.

One of the first things that came out of the deep dive was that millennials in general are risk-takers who shy away from commitments and tend to spend for the moment.

Millennials are big fans of the shared economy model, such as Uber and Airbnb. “It’s because they hate owning,” Jayme said. “They hate commitments.”

She added: “For my older generation, the badge of success was owning a car or house. You know, stable income, insurance, responsible, and what our parents wanted us to be.”

However, it seems different for the younger generation. “They don’t want to own anything. They just want to rent, move on and rent somewhere else, and it’s all pretty fast,” Jayme said.

“They want to enjoy life as it is, and they don’t worry too much, which I actually want to acquire, that carefree psyche. I’m kind of envious. They’re braver,” she added.

“For the old generation, we save for the future. For millennials, they save for Saturday.”

Jayme recalled that before the focus on millennials, all the advertising attention was lavished on moms and yuppies.

Now, while millennials are younger and may not have the same spending power as the older generation, the gap in spending power is not as pronounced in a developing country like the Philippines as compared to somewhere like the US.

Besides this, millennials also have another characteristic that gives firms an incentive to target them early.

“With millennials, I tend to see that they get very loyal to brands. They hate long-term commitments but they are a bit loyal, loyal in a way that if they like something, they really care for like a certain brand of coffee or a telco network, then I don’t see them changing. They try all of it but then stick to what they like,” Jayme observed.

And, she added, even with the limited spending power here in the Philippines, “millennials here spend on what they like.”

How then do advertisers effectively reach the younger consumers? One of the crucial things is to engage them where they are.

No generation is as closely intertwined with social media as millennials are, having basically grown up with the internet, and this poses a new set of challenges for advertisers.

“In the old days, when you have a message, the only 3 ways to reach consumers were TV, radio, and print,” Jayme pointed out.

“Now, if you’re talking to millennials and you know they are always on these new [social media] platforms, you have to be on them or at least understand these platforms.”

Jayme herself uses social media platforms, including new major player Snapchat, to be able to gain a personal understanding of how they work.

“I have to understand it myself so that I can still make my message really touch them in whatever thing they are looking at,” she said.

Launching campaigns on social media also entails being much more on the ball in terms of monitoring and tweaking campaigns, as everything happens in real-time.

“It’s a very fast world we’re living in now, and you’re always on your toes. If a spot is bad, take it out, put in a new one, and wait again. You have to watch it,” Jayme advised.

“Social media isn’t easy,” she continued. “First, you have to entertain them and grab their attention. You know they have ADHD, it’s 3 seconds. If a campaign is boring, they’ll just swipe on you and forget about you.”

Jayme added: “For me, as long as I get a reaction through a comment, even if it’s negative I’m happy because that’s people reacting to your work and not just ignoring it, and that’s a good sign.”

Despite the new challenges, there are still magic bullets to getting millennials’ attention.

“Trying to create a campaign that will resonate with millennials isn’t that different from other age groups,” Jayme said.

“For me, it doesn’t change whichever target market you’re trying to connect to. You always zero in on real human insights. Try to get into truths about people which you’ll understand if you observe people well.”

She gave as an example a touching film centered on overseas Filipino workers (OFWs) which the youth would be able to connect with emotionally.

“As long as a spot touches them in a real emotional way and shows vulnerable topics like fear, anger, love, they will relate to it. It’s just a matter of, instead of putting older people [in the ad], putting in people their own age,” Jayme said. – Rappler.com