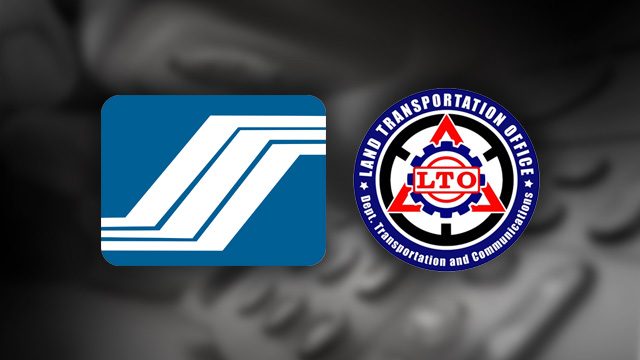 MANILA, Philippines – The Social Security System (SSS) and the Land Transportation Office (LTO) have received the most number of complaints so far among government agencies through hotline 8888.

Data from the Civil Service Commission (CSC) showed that out of 1,961 reports related to the Anti-Red Tape Act (ARTA) from August 1 to September 18, a total of 407 complaints have been lodged against the SSS.

Among the issues cited by callers were delays in the release of SSS IDs and unified multi-purpose IDs (UMID) and problems in following up claims and pensions.

Ranking second is the LTO, with 173 reports. The complainants reported problems like non-issuance of driver’s licenses and vehicle plates, the presence of fixers, and a failure to attend to clients due to its systems going offline.

Rounding up the Top 5 is the Department of Foreign Affairs (DFA), with 79 reports, mostly about problems in passport application or renewal, delays in the release of passports, complaints on requirements, and difficulty in getting an appointment.

Topping the list is Quezon City, with 37 ARTA-related reports. Some of the complaints concerned illegal parking, slow processing of documents and permits, slow or no action from barangays, and reports of corruption.

The City of Manila is in second place, with 25 complaints, mostly about extortion and slow processing of documents.

Callers noted slow or no action from barangays, late suspension of classes, and extortion or imposition of additional costs in Pasig City; slow processing of documents and problems in waste management in Cebu City; and the presence of fixers, acts of extortion, and slow processing of permits in Pasay City.

Reports or incidents like these have been communicated to concerned agencies and LGUs via formal letters for appropriate action, said Maria Luisa Agamata, director of the CSC Public Assistance and Information Office.

The CSC, which handles the 8888 citizen complaints hotline, also noted that a huge portion of the ARTA-related reports – 1,199 out of the 1,961 complaints – involved slow processes.

Below is a breakdown of the top 10 types of complaints in government services:

The CSC said that since the 8888 citizen complaints hotline was launched on August 1, it has handled a total of 11,347 calls as of September 18, or a daily average of 232 calls.

Of the total number of handled calls, 30% were tagged as “complex” or those that had been referred by agents to another agency. The CSC added that it had received responses from 40% of referrals, in the form of an explanation or clarification, giving of information, or actual action on a complaint or request for assistance.

Still, many 8888 calls are non-ARTA-related, or those not related to government frontline services, explained the CSC. These are simple concerns or inquiries – like asking for an agency’s address or contact number – that have been resolved already at the first level, said Agamata. It also includes suggestions, requests for information, and barangay concerns.

Agamata reminded the public to use the 8888 hotline responsibly.

“We thank them for their trust and confidence in hotline 8888. A lot of calls keep coming in… [but in turn], mas hirap sila makapasok (other callers may find it hard for their call to go through),” said Agamata. “We would like to request the public to call hotline 8888 for concerns involving corruption and slow processes, like the presence of fixers, extortion, among others.”

Agamata continued, “For concerns that entail the action of barangays, like noisy neighbors, illegal parking, garbage collection and the like, as much as possible, they could report that to their barangays, because they could best address those concerns.” – Rappler.com

Reporting corruption gets you better government service. Tell us about your experience on www.fightcorruption.ph.

You may also report via the form below