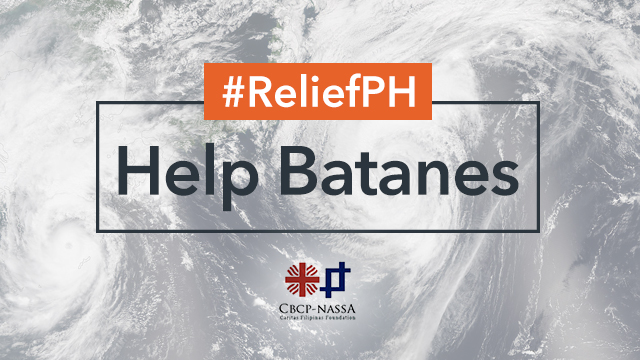 MANILA, Philippines – Relief goods may have reached typhoon-hit Batanes, but the long road to recovery is just starting for residents of affected towns.

In support of the rehabilitation efforts, the Catholic Church through its social action arm, the National Secretariat for Social Action (NASSA)/Caritas Philippines, launched a solidarity appeal addressed to all the 85 dioceses nationwide.

“We have known Batanes to be among the most resilient provinces in the country. Through the years, they were able to adapt to the challenges and diverse effects especially of typhoons coming their way. It is only now that they have cried out for help,” Archbishop Tirona said, echoing the call of Prelature of Batanes Bishop Camilo Gregorio.

At least two schools and 5 churches which were heavily damaged also need to be rehabilitated. (READ AND WATCH: Batanes faces long road to recovery after Ferdie)

Typhoon Ferdie (Meranti) had made landfall in Batanes on September 14 with wind strength comparable to that of Super Typhoon Yolanda (Haiyan), one of the strongest typhoons to hit the Philippines.

Ferdie affected about 4,600 families and damaged more than 2,000 houses, according to the National Disaster Risk Reduction and Management Council (NDRRMC).

Following the typhoon’s onslaught, Batanes was placed under a state of calamity on September 15. According to authorities, the initial cost of damage in the province is pegged at P369 million.

Also in September, Typhoon Gener (Malakas) and Typhoon Helen (Megi) both brought rains to Batanes even if both tropical cyclones did not make landfall.

To offer assistance to the Prelature of Batanes, donations can be deposited through this bank account:

NASSA/Caritas Philippines is the humanitarian, development, and advocacy arm of the Catholic Bishops’ Conference of the Philippines (CBCP). It currently implements the largest 3-year rehabilitation program of the Catholic Church for the survivors of Super Typhoon Yolanda. – Rappler.com