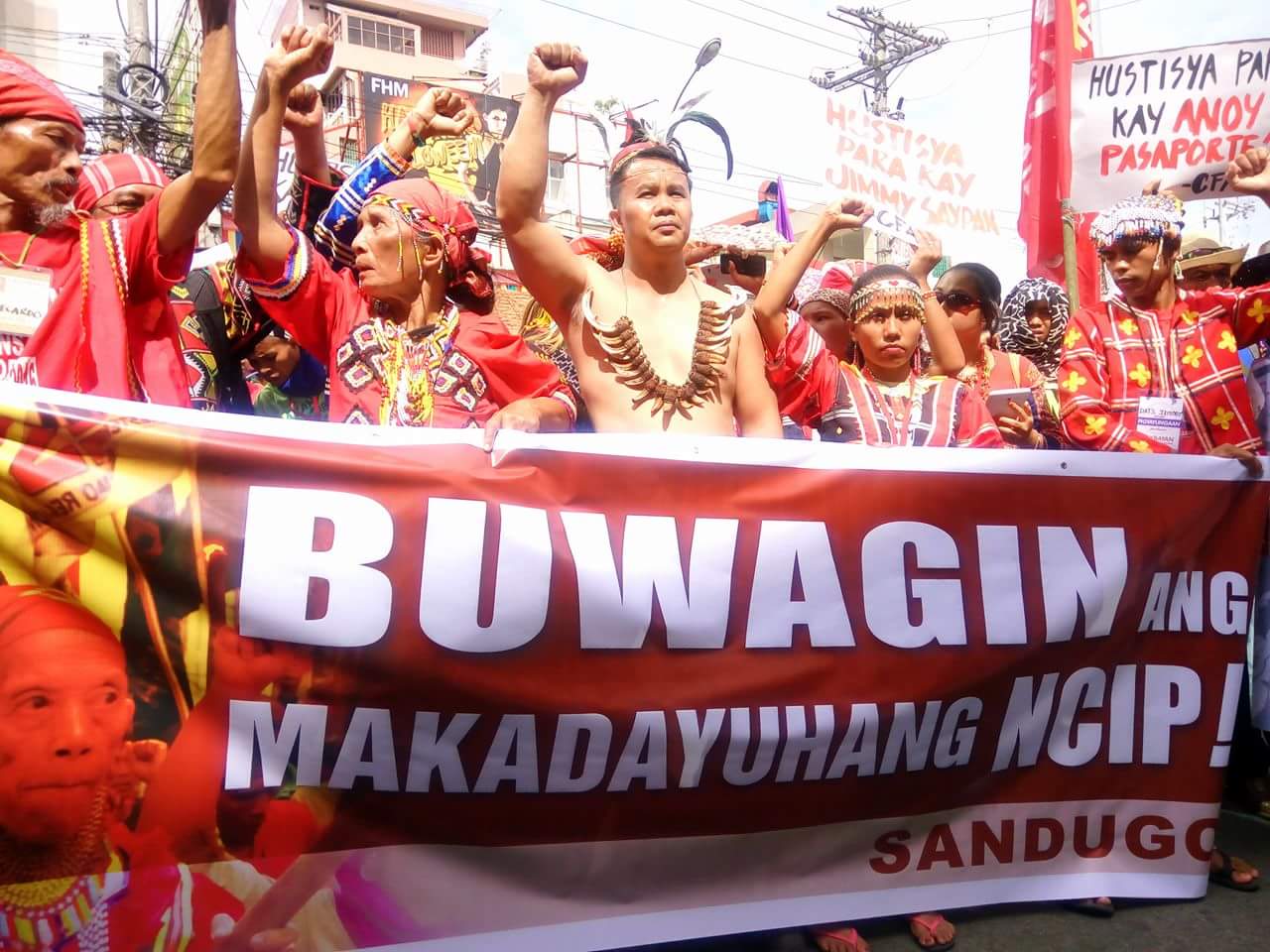 MANILA, Philippines – The Indigenous Peoples Rights Act was hailed as a landmark law when it was enacted 19 years ago today, October 29.

The IPRA outlined measures to ensure that the following indigenous peoples’ rights are upheld by the government:

But indigenous peoples have lost faith in the law and now want it reviewed by Congress during the term of President Rodrigo Duterte, according to Piya Macliing Malaya,  Kalipunan ng Katutubong Mamamayan (Katribu) secretary general.

(Review it. See what our experience with the law shows and how it has undermined the indigenous peoples’ right to self-determination.)

Malayao, a member of the Bontoc tribe in Mountain Province, noted that indigenous peoples continue to face discrimination and are threatened by commercialization of their culture, military presence in their communities, and destructive operations like mining.

Activist indigenous groups consider Duterte an ally in their fight for their rights, saying that the President understands the “historical injustices” committed against minorities, particularly the indigenous and Moro peoples.

The Indigenous Peoples Sectoral Council of the National Anti-Poverty Commission (NAPC) echoed Malayao’s concerns. “After 19 years of the evolution of the IPRA, the 4 bundles of rights have yet to be achieved,” it said.

The council enumerated the following alleged violations of the rights of the sector, which comprises about 10% to 15% of the total population of the country based on available government data:

However, the council would rather that the government implemented IPRA.

“Our battlecry is not hatred nor vengeance but reconciliation. By reconciliation, we expect the recognition of the past injustices, forgiveness for those who were instruments of such injustices, correction of an unjust system, and acceptance of the IP as an equal partner in Philippine society,” it said, as it observed Indigenous Peoples’ Month.

The month-long observance was tainted by violence after protesters and police clashed in front of the US embassy in Manila on October 19. As cops tried to disperse a rally of indigenous and Moro activists, protesters were hurt, among them, Malayao. (READ: Police van overruns protesters in US embassy dispersal)

At least 3,000 Moro and indigenous peoples from all over the country gathered in Manila from October 13 to October 28 for a caravan – “Lakbayan ng Pambansang Minorya para sa Sariling Pagpapasya at Makatarungang Kapayapaan” (Journey of the National Minorities for Self-Determination and Just Peace).

Malayao said  the violent incident should be a reminder of the struggle of indigenous peoples to defend their distinct culture and way of life.

(Our culture has survived because we defended and fought for it – the resistance of the communities has enabled our distinct culture, colorful attire, and good traditions like collective action to persist.)  – Rappler.com