Oct 31, 2016 1:05 AM PHT
Rappler.com
Facebook Twitter Copy URL
Copied
'Who would have thought a boy, just sewing fishing nets by the port, skin burnt by the sun, would later be a part of Philippine history?' says artist Macky Bongabong 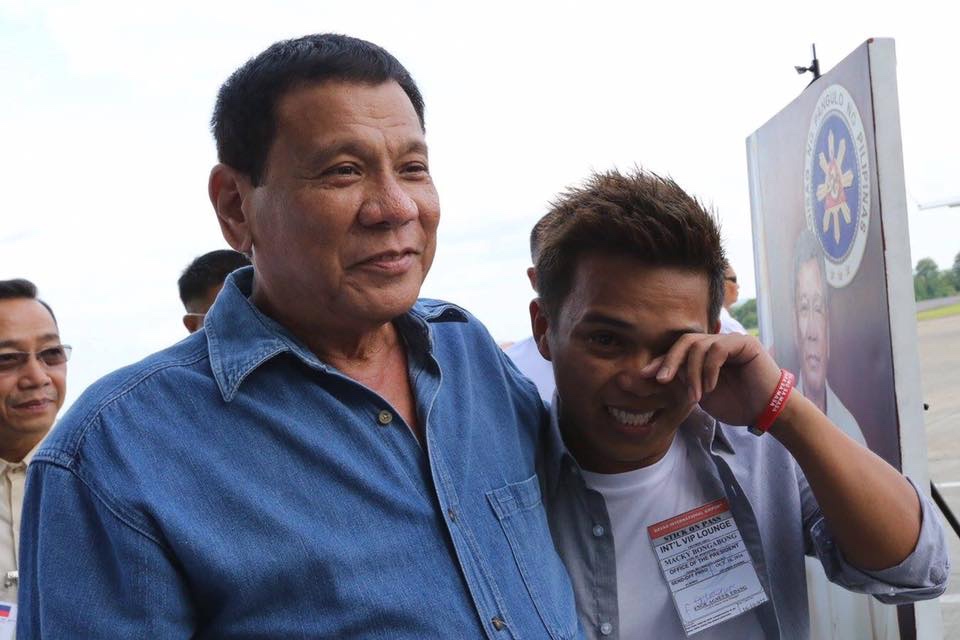 MANILA, Philippines – Many artists have to go through hardships before experiencing success. The story of Macky Bongabong is proof that not giving up on your craft pays off.

Bongabong, a son of a fisherman from Sangali, Zamboanga City, is no stranger to the pains of life. He grew up on the shore, where his father taught him how to sew nylon fishing nets, which later on became his source of income as a high school student. The catch of his father for the day was always just enough for the family.

Bongabong grew up with an appreciation for the arts, despite having no formal education or training in it.

He joined almost all of the art competitions in his school and in their town, and even dreamed of going to other places to compete. Every time he won, he would always hand his cash prize to his mother, to provide for the family.

In 1999, a life-changing incident shook Bongabong – his mom died.

Despite this, he pressed on and won the championship in the National Poster Making Contest by the Philippine Association of Water Districts in 2003, which was held in Bacolod City.

He later moved to Davao City, still wanting to pursue a career in painting. He slept on the sidewalk on his first night.

Bongabong started off in the city by working on commissioned paintings. Sometimes, dissatisfied clients would return his work, not pleased with how it turned out. But he persevered and continued practicing and practicing.

He was eventually able to rent a space in a small shopping mall in Davao City, then later moved to a bigger mall in January 2013.

One day, the biggest project of his life just landed on his lap – a request from no less than the Office of the President.

Now, the portrait of President Rodrigo Duterte made by Bongabong hangs on the wall of Malacañang Palace.

“Who would have thought a boy, just sewing fishing nets by the port, skin burnt by the sun, would later be a part of Philippine history, his artwork hanging beside the works of Fernando Amorsolo and other national artists?” Bongabong said in a Facebook post, thanking the President whom he also called “Tatay” (father).

“We must not look at how small we are or how little we have but how big God is and how beautiful His plans are for us.” – Danielle Nakpil / Rappler.com