Things to know about balikbayan boxes MANILA, Philippines – There’s no doubt about it: overseas Filipino workers (OFWs) contribute much to the Philippine economy.

More than anyone, their families are the ones who feel the benefits of their sacrifices the most – and also understand the emotional toll that comes with them.

A buzzword among Filipinos, ‘balikbayan boxes’ have played an integral role in OFWs and their families’ lives. As early the 80s, Filipino families have been looking forward to these big boxes of joy that their OFW relatives work so hard for.

In celebration of the month for overseas Filipinos, learn more about these special boxes here:

What is the balikbayan box?

According to the Bureau of Customs, balikbayan boxes are “packages of personal effects and/or ‘pasalubongs’ sent by Filipinos residing or working abroad to their families or relatives in the Philippines.”

An overseas Filipino is allowed to send one balikbayan box every 6 months.

This culture started as early as 1980s, when there was a surge of Filipino workers going to the United States. Two Filipino-owned freight forwarders, Ren International and Port Jersey Shipping International, pioneered the delivery of balikbayan boxes.

These boxes, however, were taxed like other imported goods, until the late President Corazon Aquino issued Executive Order No. 206 to amend the Tariff and Customs Code of the Philippines to make balikbayan boxes duty- and tax-free to “recognize the magnitude of the contribution of the overseas contract workers whose lonely sacrifices in foreign lands bring in a considerable amount of foreign exchange annually.”

But there’s a catch: boxes then must only contain non-commercial goods and not exceed $500 or P10,000 value.

This remained unchanged until May 2016, when the Customs Modernization Act (CMTA) was signed by President Benigno Aquino III into law, increasing the tax-exemption ceiling from Php 10,000 to Php 150,000.

On December 10, 2016, the Bureau of Customs (BOC) and the Department of Finance (DOF) signed the implementing rules and regulations (IRR) covering a portion of the Customs and Modernization and Tariff Act (CMTA), rendering the new tax-exemption ceiling effective starting December 25. 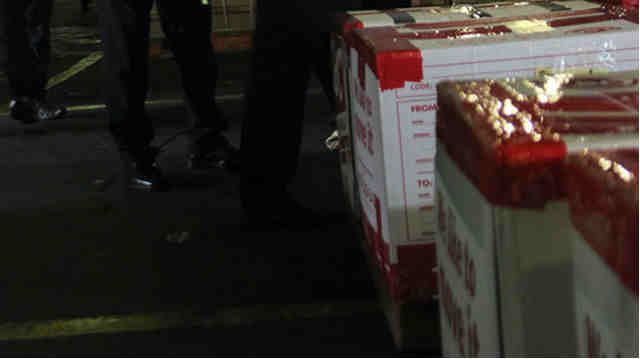 The Customs was criticized in 2015 after Commissioner Albert Lina warned OFWs against abusing their balikbayan box privileges, and said that the BOC was allowed to open the balikbayan boxes for inspection.

OFWs from around the world turned to social media to express their anger and fear of reports of items in balikbayan boxes being stolen or damaged upon inspection. (READ: ‘OFWs: Hands off our balikbayan boxes!‘ )

This prompted the bureau to issue the Customs Memorandum Order 27-2015 on August 2015, changing the customs procedure for balikbayan boxes.

In the new rule, balikbayan boxes cannot anymore be subjected to random or arbitrary physical inspection by Customs inspectors. Instead, they will be inspected through x-ray scanning.

In case a balikbayan box is suspected to contain flagged items, Customs examiners will only be allowed to open and inspect the box in the presence of a representative from the Overseas Workers Welfare Administration (OWWA), a designated officer of an OFW association, apprehending officers, and the freight forwarder consolidator.

On December 23, 2016, the BOC once again issued a memorandum, changing the rules on opening balikbayan boxes. According to the BOC, a package that has been flagged as suspicious can now only be opened in the presence of its receiver or duly authorized representative.

Balikbayan boxes containing contrabands or items that are possible threats to national security such as explosives, firearms, and illegal drugs, meanwhile, will be opened only upon the written approval by the district collector of the port concerned.

When do most Filipinos send balikbayan boxes?

According to a 2015 data from the Port of Manila, the largest international shipping gateway to the country, Filipinos abroad send the most balikbayan boxes during Christmas when they send gifts to their families.

The surge starts as early as September, which is the start of the Christmas season for many Filipinos.

The majority of all these balikbayan boxes sent through the Port of Manila come from Asian countries, followed by Canada and the United States.

Are you also a Filipino working abroad? Tell us about your experience in sending balikbayan boxes in the comments! – Rappler.com