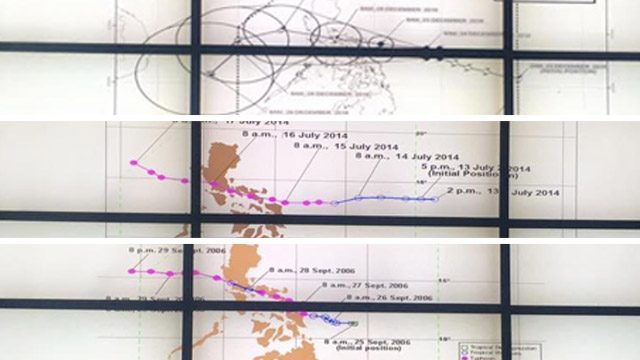 MANILA, Philippines – The damage when Typhoon Nina (Nock-ten) makes landfall on December 25, Christmas Day, could be similar to damage brought by Typhoon Milenyo (Xangsane) in 2006, Typhoon Santi (Nari) in 2013, and Typhoon Glenda (Rammasun) in 2014, according to Project NOAH executive director Mahar Lagmay.

In an interview with Rappler on Saturday, December 24, Lagmay explained that Nina is similar to Milenyo and Glenda both in track and in wind strength, while Nina is also like Santi in terms of wind strength.

Lagmay said it’s good to compare Nina to the past typhoons, since those are still fresh in the memories of those who were affected. Read on to find out what their similarities are.

As of 11 am on Saturday, Nina had maximum winds of up to 150 kilometers per hour (km/h) and gustiness of up to 185 km/h. These are exactly the same as Glenda in 2014. Note, however, that Nina has since intensified further.

Lagmay said those who were affected by Glenda would remember how roofs of houses were blown away, trees were toppled, and crops were destroyed. The wrath of the 2014 typhoon was also felt in Metro Manila, as it caused blackouts that paralyzed the country’s capital. Though Santi’s track is different from Nina, it was quite devastating. It barrelled through Luzon in October 2013, uprooting trees and leaving more than a million people without electricity.

“Strong winds is just one of the hazards. The rains that will trigger floods, landslides, and storm surges, those are other hazards associated with typhoons. The comparison [now] is based on the wind strength, although there may also be rains which we are expecting also to be heavy,” Lagmay said.

Lagmay said Nina has almost the same track as Glenda and Milenyo. 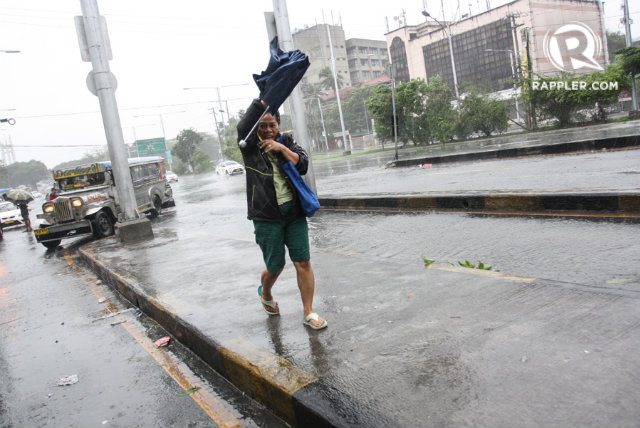 PAGASA has warned that Nina would affect Southern Luzon, Central Luzon, and Metro Manila. These are almost the same as areas affected by Milenyo.

In 2006, Milenyo left more than 100 people dead and affected around 3.8 million people. (READ: Worst natural disasters in the Philippines)

(This will be remembered by those hit by Typhoon Milenyo. Remember the track, it’s almost the same as Typhoon Nina’s track. The Camarines provinces, Quezon, and Laguna will be hit. Milenyo destroyed many houses because of strong winds.)

Lagmay called on the public not to be complacent even as they are enjoying the holidays. He advised residents of areas in Nina’s path to be on alert for government announcements and weather updates.

“Remember that you still have to be on alert even if it’s already Christmas. Don’t lower your guard because we have other hazards to think about, not just the typhoon. The hazards are strong winds and heavy rains that may trigger floods, landslides, and storm surges,” Lagmay explained. – Rappler.com