Partnerships to Move the Philippines forward 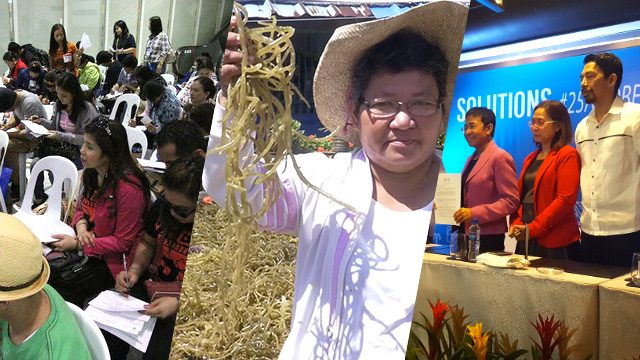 MANILA, Philippines – If there’s one buzzword that will forever be associated with 2016, it’s the word “change.” From political leaders to the climate, nothing has remained static.

True to our mandate, MovePH – Rappler’s civic engagement arm – has kept abreast with the times in our goal to move the Philippines by empowering people to tell their stories and find solutions to age-old problems.

As the year closes, we celebrate the partners and friends we’ve made this year and the innovative social media advocacy campaigns we’ve conducted together with them.

It was one of the most hotly contested elections in Philippine history, thanks in a large part to social media. Rappler – together with its partners from the Simbahang Lingkod ng Bayan, Lente, PPCRV, and COMELEC – harnessed the power of social media through the #PHVote platform that kept the public informed about the candidates running for national and local elections and where they stood on key issues. MovePH also partnered with Oxfam – an international non profit organization – to educate the public about the candidates’ positions on climate change and disaster preparedness using the #PHVote platform and multimedia storytelling. We continued this campaign with the coverage of President Rodrigo Duterte’s first 6 months in office, focusing on how we could #FutureProof the country’s farmers, women, and children from the expected impact of climate change.

With more than 10 million Filipinos living and working abroad, the remittances of Overseas Filipino Workers (OFWs) contribute significantly to the country’s economy. But many OFWs and their families lack basic knowledge on how to save better and plan for their future financial security.

MovePH partnered with Social Enterprise Development Partnerships Inc. (SEDPI) to produce and publish a series of videos and articles on financial literacy to make an otherwise complex topic approachable and easy to understand. SEDPI president Mariel Vincent Rapisura said the partnership with MovePH will empower millions of Filipinos to become the masters of their own future.

Disaster preparedness is an advocacy engrained into MovePH’s DNA. From the launch of the Agos platform and network in 2013, we’ve gone from strength to strength, including integrating Globe and Smart SMS features into the Agos disaster information management reporting platform.

For 2016, we successfully continued our partnerships with the Metropolitan Manila Development Authority (MMDA) for the #MMShakeDrill 2016 and the Office of Civil Defense for the simultaneous nationwide quake drills. MovePH also conducted several Agos 101 training workshops for the RACERS, Kabalikat Civicom, React, and other civic groups.

We also inked partnerships with the Department of the Interior and Local Government (DILG), the Civil Relations Service of the Armed Forces of the Philippines (CRSAFP), and renewed our partnership with the Department of Social Welfare and Development (DSWD). Thanks to these agencies and our existing partners, we’ve grown the community of #ZeroCasualty advocates on the ground and online.

“We are indeed very happy with our partnership with Rappler. Our partnership is relevant and timely especially in promoting our advocacies in the fields of Humanitarian Assistance and  Disaster Response (HADR);  Environmental Protection and Preservation; and in promoting Peace and Order through the social media. During the recent  conduct of Disaster Responders’ Challenge (DRC) exercise in Camp Emilio Aguinaldo, Rappler provided live telecast of the activity which enabled us to fully maximize our awareness campaign to the general public,” said BGen Ronnie S. Evangelista, Commander of the CRSAFP.

Empowering the next generation of Movers

In all of MovePH’s campaigns and partnerships with various organizations, one theme is consistent: the need to empower people. We jointly understand this need is inherent to ensure that we all benefit from the open space the Internet and social media provides us to discuss ideas and find solutions. Without empowerment, we do not facilitate critical thought and discussion that are so crucial to strengthening institutions and building our young nation.

This is why MovePH has partnered with Caritas Philippines, the Department of Education, Xavier University, Visayas State Unviersity and other universities across the country for the training of campus journalists and civic leaders. We want to empower the next generation of Movers to be all they can be. They are, after all, our future journalists, engineers, scientists, teachers, and leaders.

We look forward to the coming year with renewed energy and excitement, even as we acknowledge the challenges that lay ahead. – Rappler.com