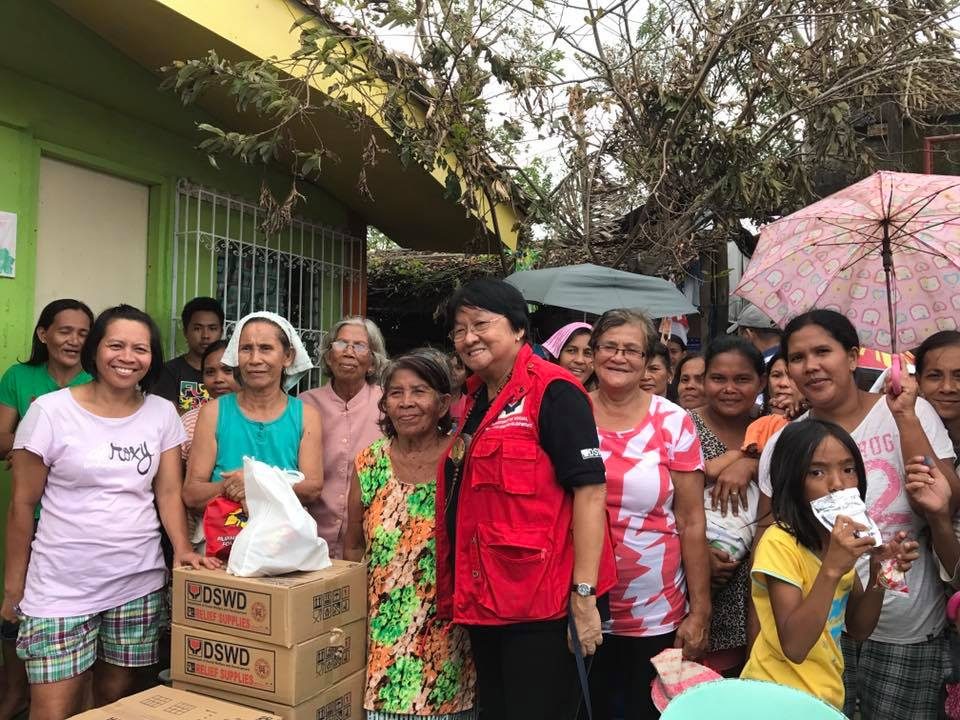 MANILA, Philippines – The government has so far provided P92.8 million worth of assistance to those affected by Typhoon Nina (Nock-ten) in the regions of Calabarzon, Mimaropa, and Region 5, the Department of Social Welfare and Development (DSWD) said on Friday, December 30.

Nina, which made landfall on Christmas Day, affected over 1.5 million people or 326,632 families in Calabarzon, Mimaropa, Region 5, and Region 8, the DSWD said.

They joined the National Disaster Risk Reduction and Management Council (NDRRMC), which will conduct an aerial assessment of the affected areas in Batangas, Quezon, and Marinduque provinces. When she returned to Manila, Taguiwalo met with NDRRMC officials “to assess the damage, response, and assistance provided to Typhoon Nina affected areas and communities,” the DSWD said.

Taguiwalo sought to dispel rumors that there are no DSWD food packs in Marinduque.

“Even before Typhoon Nina struck Marinduque, there are already prepositioned supplies in the LGU. We do not know why several people are saying that not even a single food pack from DSWD arrived in Marinduque,” she said.