The fund, which was removed from the DepEd’s 2017 budget, was used in the Aquino administration for pre-disaster and post-disaster agency needs, such as prepositioned supplies and construction materials for classrooms.

“The QRF for DepEd has been removed starting FY 2017 and all QRF for FY 2016 have already been utilized,” said the DepEd in a statement on Friday, January 13.

Two weeks after Typhoon Nina hit Luzon, the DepEd also announced on Friday that it has distributed over P17 million to more than 1,100 affected schools.

Nina, which left 6 people dead and 19 others missing, damaged a total of 1,046 schools. The DepEd also reported that 1,548 classrooms were totally destroyed and 3,797 others were damaged.

She added that 63,232 school furniture units and 386,689 learning resources were affected, while 384 schools reported damaged computers.

The DepEd hopes to complete repairs by December of this year.

The agency is also providing new learning materials to affected schools, being distributed in coordination with the National Disaster Risk Reduction and Management Council (NDRRMC). 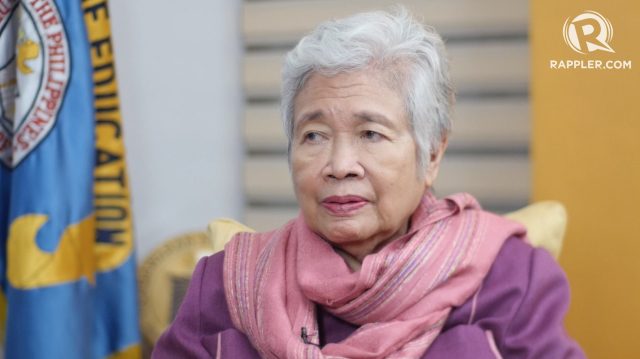 Briones said long-term solutions are needed to address the perennial threat of typhoons and other natural hazards.

These solutions, she said, include the early allotment of funds for clean-up and temporary learning services, having a buffer stock of furniture and computers, and prespositioning the buffer stocks in disaster-prone areas.

Telecommunications company Smart will also distribute kits for teachers in 150 identified schools in Bicol, Calabarzon, and Mimaropa. – with a report from Cathrine Gonzales/Rappler.com