Thousands displaced by heavy rains in parts of Visayas, Mindanao

Jan 17, 2017 8:25 AM PHT
David Lozada
Facebook Twitter Copy URL
Copied
(UPDATED) Around 963 families or 4,536 persons are displaced in Eastern Visayas and Northern Mindanao, all of which are staying in 28 evacuation centers 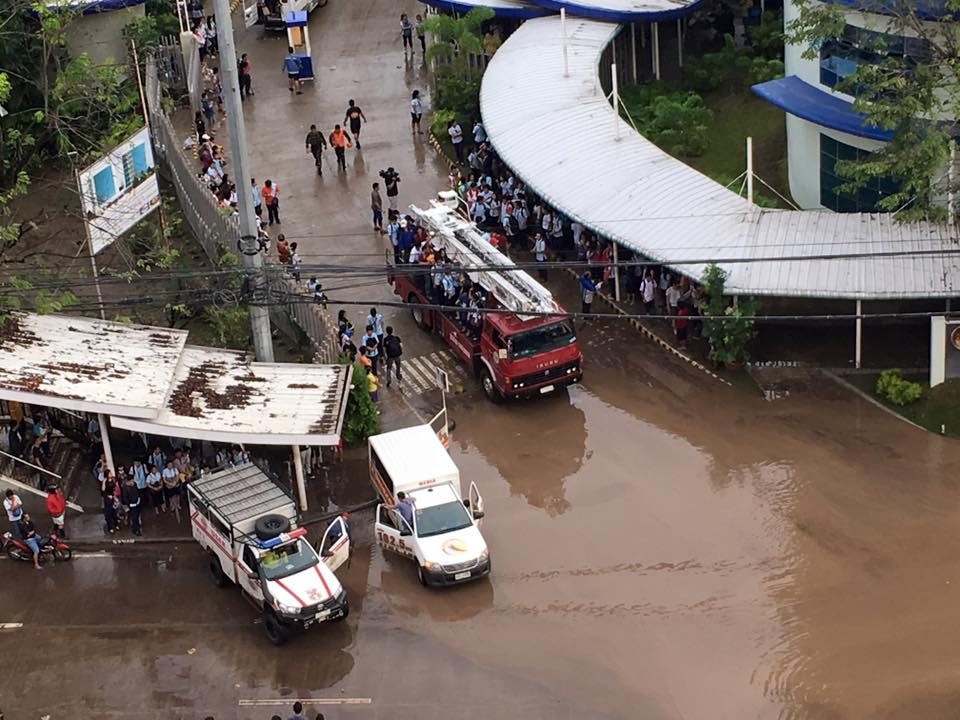 MANILA, Philippines (UPDATED) – Around 5,412 people or 1,242 families were affected by nonstop rains in 26 barangays in Eastern Visayas and Northern Mindanao on Monday, January 16, the Department of Social Welfare and Development (DSWD) said Tuesday, January 17.

Of this number, around 963 families or 4,536 persons were displaced in both regions, staying in 28 evacuation centers.

Cagayan de Oro City was one of the most heavily affected by the torrential rains. Forced evacuation was ordered in some areas of the city as the local council declared a state of calamity amid neck-deep floods.

A low pressure area and the tail-end of a cold front caused heavy flooding in Cagayan de Oro, leaving thousands of students and workers stranded in some areas of the city, the City Disaster Risk Reduction and Management Department (CDRRMD) said. (READ: #RescuePH: Emergency hotlines for Cagayan de Oro floods)

In Cebu, the provincial government confirmed that the body of 4-year-old Aileen Rose Paquit was found in a stream in Barangay Lutac, Naga City, on Monday after accumulated water from Barangay Patag washed away and destroyed their hut.

In Barugo, Leyte, a total of 316 families in the villages of Hiagsam, Pongso and Can-Isak have been isolated for 4 hours due to the strong water currents, according to DSWD Regional Director Restituto Macuto.

Roads remain impassable in the villages of Polahungon and Ballacao in Mahaplag, Leyte, due to landslides.

The DSWD said it has standby funds of at least P21.5 million ready in its offices. The department also has 249,394 family food packs worth P92 million in its stockpile.

“The Disaster Response Operations Monitoring and Information Center (DROMIC) of the DSWD continues to closely coordinate with the concerned DSWD-Field Offices for significant reports on assistance and relief efforts,” the department said.

Meanwhile, state weather bureau PAGASA said in its 5 am bulletin that parts of the Visayas and Mindanao should brace for more downpours. – with reports from Jazmin Bonifacio/Rappler.com