PAGADIAN CITY, Philippines – High school students from all over the country got a taste of what it’s like to be working in a social news network as they competed in the Online Publishing demonstration contest of the National Schools Press Conference 2017.

Teams of 7 members each were asked to create an online news blog using X, Rappler’s free self-publishing platform. Just like in any newsroom, each member had a different role to fulfill and a different story to file before the 7:00 pm deadline on Tuesday, January 24.

With 18 regions represented and two language categories (English and Filipino), a total of 36 teams or 252 students got to experience first-hand how they could use online platforms like X to tell their stories to a wider audience.

Most teams were able to create an online publication and publish their stories on Rappler X, which can be viewed by the public.

The top 7 best teams for the English category are: The top 7 best teams for the Filipino category are:

The contest results, however, had no bearing on the overall team scores as this was only a demonstration contest.

This is the first time Rappler, its civic engagement arm MovePH, and the Department of Education have partnered for the conduct of the demonstration contest at NSPC. It is hoped the lessons learned from this trial contest can be used to improve next year’s online publishing contest, when the points will actually count. 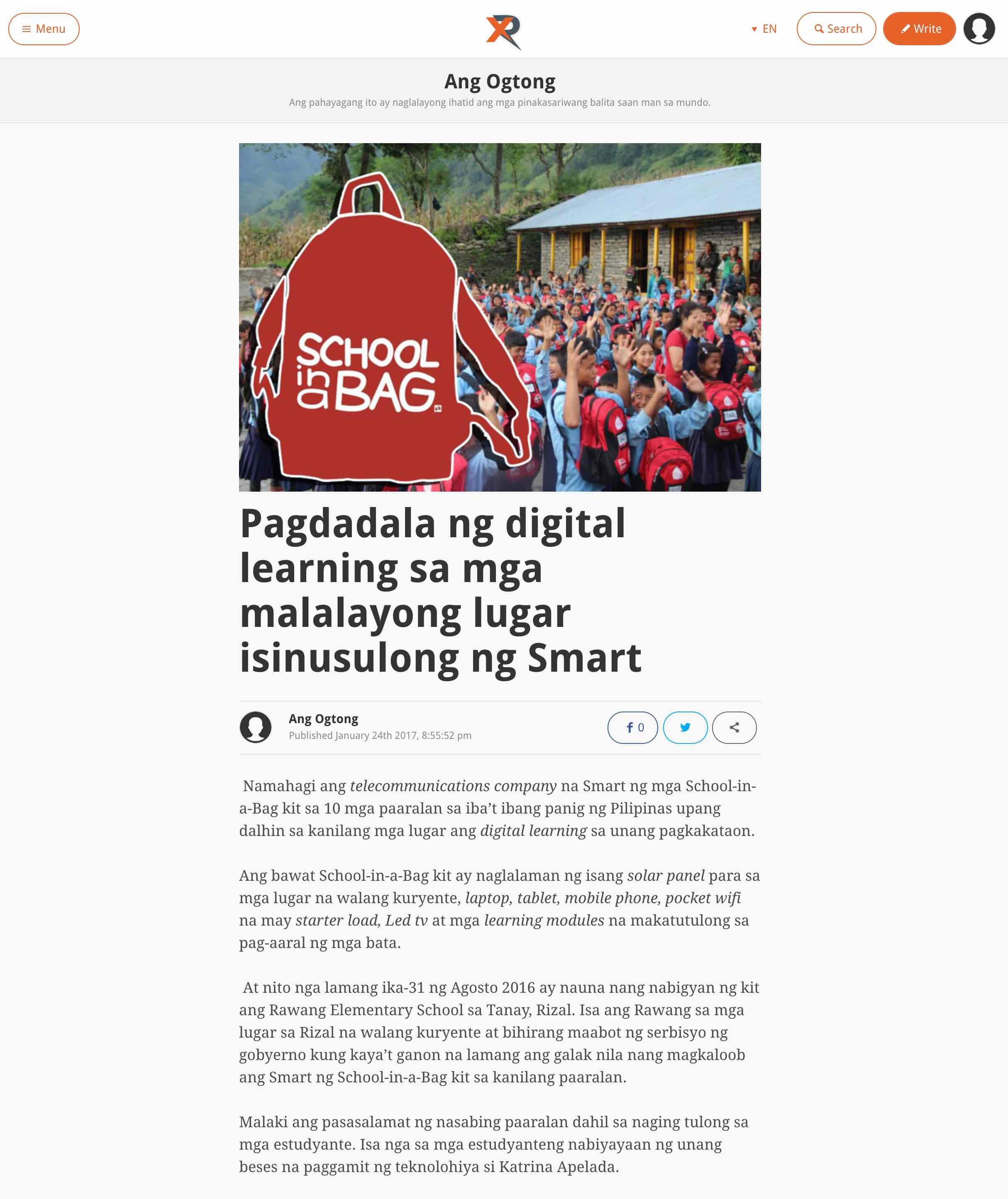 More than 5,000 elementary and high school students participated in this year’s NSPC, the biggest campus journalism contest in the Philippines organized annually by the DepEd. NSPC 2018 will be hosted by the Negros Island Region.– Rappler.com