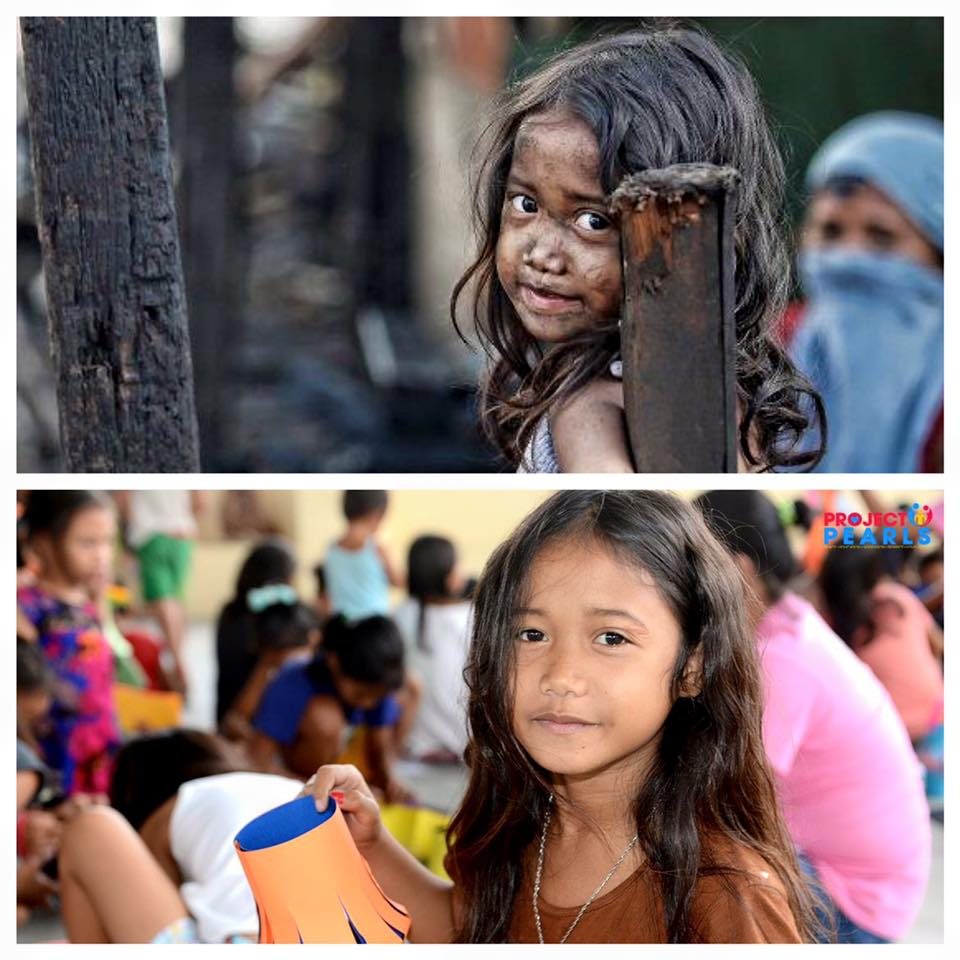 MANILA, Philippines – What is the value of education for children in urban poor communities?

In 2010, Melissa Villa was introduced to the children of Ulingan in Tondo, Manila. She was so touched by the images she saw that she decided she needed to do something to help the children.

What started initially as a feeding program in the urban poor community eventually became Project PEARLS, which stands for Peace, Education, Aspiration, Respect, Love, and Smiles.

“Ulingan is a community in Tondo where families and children make charcoals. She was really moved to see the kids there covered in charcoal. That’s when her desire to help the kids began,” Project PEARLS executive administrator Monica Aclan said.

Before the organization helped Ulingan, the children in the community did not go to school but instead helped their parents at work. After Project PEARLS’ intervention, the children were given scholarships to finish school.

“One of our best scholars to emulate is Juvi Ann. She didn’t only transform physically. As you see can see in her picture before, her body was covered in coal dust. Now she’s clean. What’s more important is how her mindset changed – that it’s possible for children like her to finish their education and reach their goals,” Aclan added.

Project PEARLS has transformed the lives of hundreds of urban poor children by making them realize the value of education. From 40 nursery scholars, the organization now supports 500 elementary and high school students.

“We also have cases of kids who were malnourished when we first met them. One example is Jade, who was then 5 years old. After he attended our feeding program regularly, he became healthy. Now, he’s one of our scholars,” she said. Despite the success of the program, Aclan admits that funding still remains a challenge.

“We’re very active in looking for sponsors. We’re always on the lookout for companies, organizations, and people who want to help us raise funds,” Aclan said.

She added: “We use social media to promote all our programs, to look for volunteers, and to get scholarships for our children.”

For Project PEARLS, change is a slow process that starts by changing the mindset of communities.

“In the many communities that we help, we will we will not be able to get them out of poverty overnight or in a snap. It’s the little changes that we do every day. It’s a collective effort,” Aclan said, noting that “it’s a long process but it’s definitely worth working for.” – Rappler.com

Do you want your organization to be part of MovePH’s X Network? E-mail us at move.ph@rappler.com!

In Rappler, we believe there are many freedoms: to speak, to choose, to love, or just to be. #InspireCourage is our campaign to encourage people to speak up, engage in issues, and continue fighting for the change they want to see. Be part of the conversation!