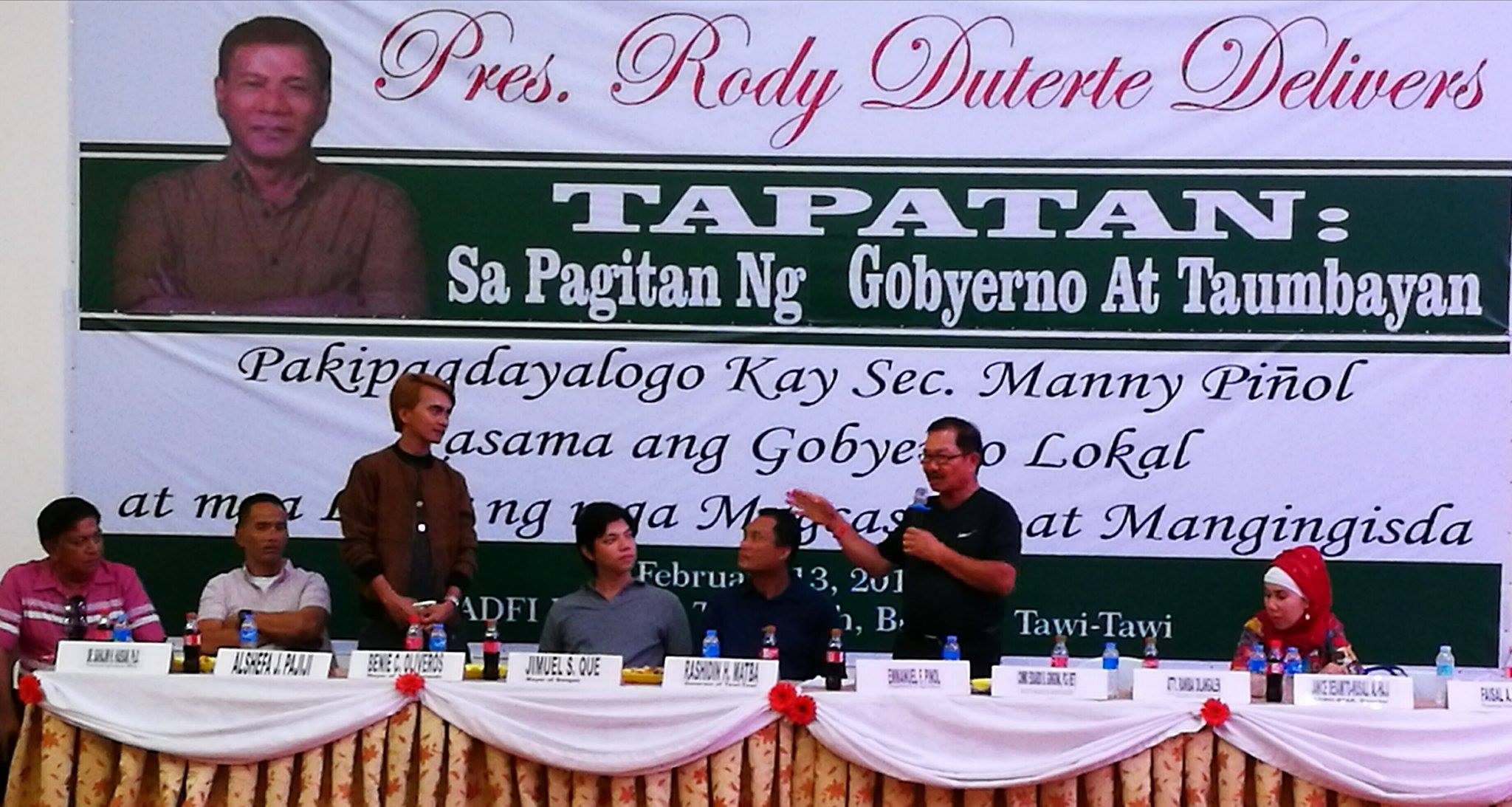 He has come a long way since he graduated from college. The Department of Agriculture has recently hired the young Badjao as a consultant to handle the government’s livelihood and education program for the country’s sea gypsies.

According to Agriculture Secretary Manny Piñol, Abdella will be “tasked to monitor the ‘FB Pagbabago’ program of President Rodrigo Duterte which aims to distribute fiberglass fishing boats to the country’s poorest fishing families, especially the (ethnic) groups of the Southern Philippines which include the Badjao, Sa’ma, Yakan, Jama Mapun, and Tausug.”

Abdella will also handle the non-formal education of Badjao children and young adults that aims to teach them how to read and write.

Piñol first announced his plan to hire Abdella in August 2016 at the Greeneration summit held in Dumaguete City.

During the summit, Piñol said he plans to offer Abdella to be part of Bantay Laut, a project aimed at drafting “the seafaring Badjaos to become guardians of the waters and seas.”

Described by the agriculture secretary as both a social and environmental program, the Bantay Laut aims to employ the Badjaos, people who consider the seas as their second homes, to help clean the waters.

The idea to launch the Bantay Laut only dawned on the agriculture secretary when he read a Rappler story about Abella.

In April 2015, Rappler wrote a story about Abdella who managed to rise above the discrimination people usually attach to the Sama Dilaut, an ethnic group that also identifies as Badjaos.

“When I read the story, I was inspired. I asked myself: what do I do to make this boy work for his craft and his people? So we called him up,” Piñol said.

Born and raised in the seas, Badjao children are among the best swimmers and deep sea divers in the country. However, this skill has rarely been recognized by national swimming competitions, according to Piñol.

MSU Tawi-Tawi professor Basil Sali echoed this in a previous interview with Rappler, saying that people perceive Badjaos as illiterate and inferior.

According to the agriculture chief, “through Abdella, we hope to make the country’s sea gypsies and other tribes realize that under President Duterte, the government cares for the neglected and the forgotten.” – with a report from Raisa Serafica/Rappler.com