Mar 26, 2017 11:30 AM PHT
Katerina Francisco
Facebook Twitter Copy URL
Copied
The Philippines' road safety laws lack teeth in some areas, and these need to be addressed to serve as stronger protection for road users 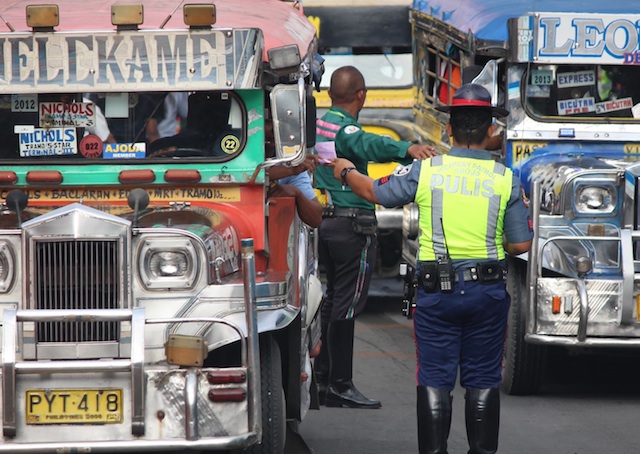 MANILA, Philippines – The Philippines has a number of laws aimed to protect road users – from banning the use of mobile phones while driving, to prescribing speed limits and the use of seatbelts and motorcycle helmets.

But these laws still lack teeth in some areas. Civil society organization Imagine Law, which has been advocating for stronger road safety measures, said these policy gaps need to be addressed to be able to serve as a stronger deterrent against risks to road users.

Under this law, motorists cannot drive if they are under the influence of alcohol, dangerous drugs, or other inebriating substances.

Law enforcers from the Land Transportation Office and its deputized personnel are mandated to assess whether a driver’s blood alcohol content (BAC) level is above the allowable limit. They do so by making motorists undergo sobriety tests and using breathalyzers. (READ: Traffic enforcers train in using breathalyzers)

The LTO, however, only has 150 breathalyzers spread across its offices nationwide. LTO chief Edgar Galvante said the agency is planning to procure 330 more units and tapping more enforcers from the Metropolitan Manila Development Agency (MMDA) for the stricter implementation of the law.

Under this law, motorcycle drivers and back riders must wear standard motorcycle helmets on the road. The helmets must bear the Philippine Standard (PS) mark or Import Commodity Clearance (ICC) of the Bureau of Product Standards, and they should also be compliant with specifications issued by the Department of Trade and Industry.

It is the LTO’s job to conduct roadside inspections to check if motorcycle drivers or riders are wearing helmets with the appropriate PS or ICC marks.

But this law does not require motorcycle riders to wear appropriately-sized helmets, or even to wear them properly. Imagine Law noted that some motorcycle riders simply rest the helmet on their heads without fastening them correctly. Some riders even wear construction hard hats instead of standard motorcycle helmets.

The law, enacted in March 2010, also does not cover electronic bicycles or e-bikes.

Under this law, the driver and front seat passengers of a public or private vehicle are required to wear seat belts while inside a moving vehicle. Back seat passengers in private vehicles are also required to wear seatbelts. The law also prohibits infants and children 6 years old and below from sitting in the front seat of any running motor vehicle.

For jeepneys, a lap belt in the driver’s and front passengers’ seats are deemed sufficient. Passengers riding beside the driver are required to wear these belts – drivers are required to inform passengers about this requirement and to ensure compliance – but this is hardly being followed.

The law also does not require seatbelts for back seat passengers of vans, jeeps, and buses.

Enacted in July 2016, the law bans motorists from using mobile communications devices while driving or even while the vehicle is stopped at a red traffic light. Using devices with hands-free functions, however, is not considered distracted driving.

The implementing rules and regulations of this act, however, have yet to be released.

This law, enacted in 1964, mandates allowable speed limits and imposes sanctions on reckless driving, among other provisions.

The maximum allowable speed for different types of vehicles are as follows: 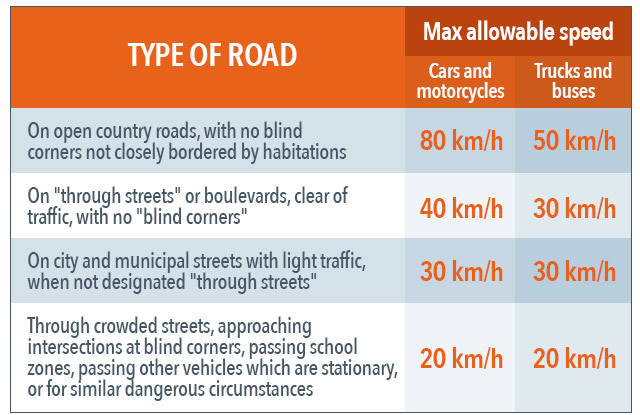 Section 36 of the law also states that these speed limits will be uniform through the entire country, and that no provincial, city or municipal authority can enforce any ordinance or resolution specifying other speed limits other than those prescribed in the act.

But Imagine Law’s executive director Sophia San Luis pointed out that the law is archaic since it was enacted more than 5 decades ago.

She also said that speed limits are not effective without accurately updating the classification of roads. There is also a lack of speed guns for traffic enforcers to efficiently implement the law. In Metro Manila, she said, there are only 5 speed-testing guns.

Section 36 of the law also poses a problem for local government units which may want to prescribe their own speed limits, depending on the circumstances in their area.

The municipality of Tupi in South Cotabato, for instance, passed an ordinance prescribing a speed limit of not more than 80 km/h for 4-wheeled vehicles and motorcycles traveling along the national highway, while a 40 km/h speed limit is in effect within the town proper.

The ordinance was passed amid an increasing number of vehicular crashes in the area.

But a local trial court said the ordinance was “void ab initio,” or invalid from the start, because it runs contrary to the provision in RA 4136.

San Luis said other local government units (LGUs) also want to impose lower speed limits, but it’s not clear if they can set these rules on national roads, which are under the jurisdiction of the Department of Public Works and Highways (DPWH).

She added that the DPWH and the LGUs should work together to discuss how to resolve these differences. – Rappler.com