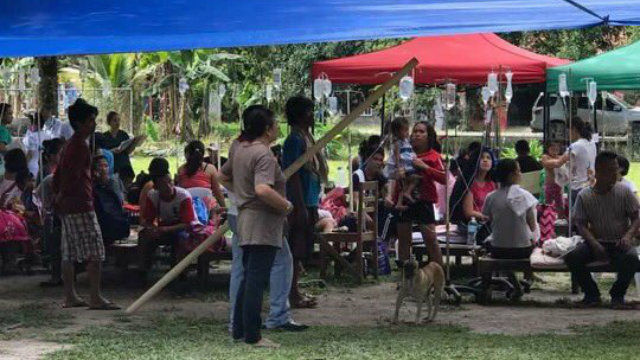 The OCD said that damage was reported in Kalilangan town in Bukidnon, with at least 53 partially damaged and 6 severely damaged houses.

Kalilangan’s municipal hall had minor cracks, while the Sangguniang Bayan building was heavily damaged. The quake also caused minor cracks in the Bukidnon Provincial Hospital, prompting staff to bring patients outside under tents last Wednesday. The military provided the tents.

The Ninoy Aquino and Malatipay bridges were declared passable despite minor damage.

The earthquake also caused two landslides, one in Barangay Ninoy Aquino and the other in Barangay Malinao. There were no casualties.