WATCH: How do we prevent road traffic crashes? 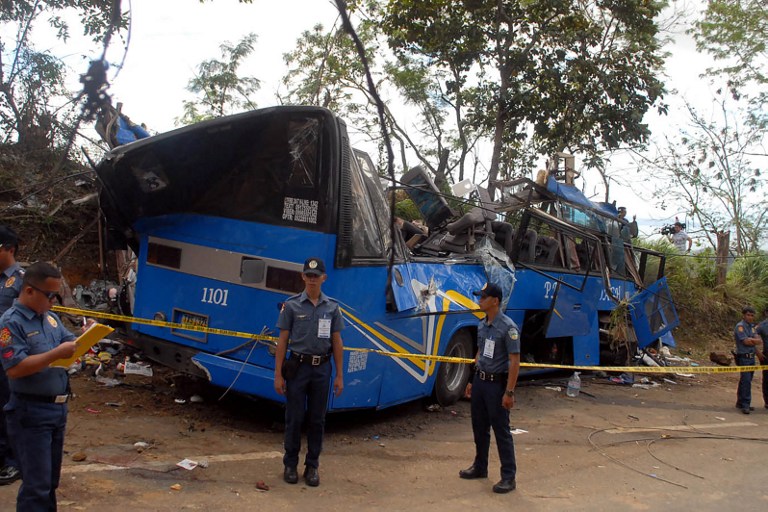 On Thursday, April 21, a motorcycle-riding policeman died after a speeding truck driven by a priest hit him along Pulupandan town, Negros Occidental.

Days before that, a Leomarick Trans bus traveling to Ilocos Sur fell into a ravine in Carranglan, Nueva Ecija on Tuesday morning, April 18. At least 30 people were confirmed dead while 46 others were still being treated in different hospitals.

According to the latest available data, 8,666 people were killed in road tragedies in 2014 – 20% more than the 6,869 deaths recorded in 2006 by the Philippine Statistics Authority. (READ: IN NUMBERS: Road crashes in the Philippines)

The numbers are worrying. What can we do then to prevent these tragedies from happening?

In a Rappler Talk interview, Former Land Transportation Office spokesperson Jason Salvador, now a project manager of a road safety project at the Ateneo School of Government, shared with Rappler what can be done.

Thousands of buses ply Philippine streets. According to the Department of Transportation, there are a total of 31,665 buses that were registered in 2013.

But not all are in perfect running condition.

Salvador said old buses must be phased out. “No matter how you maintain this, it will eventually break down.”

“We should phase out so we can eventually use more efficient and environment-friendly vehicles,” he added.

Salvador also said the Land Transportation Franchising and Regulatory Board should monitor the franchises they give out.

“I think they (LTFRB) are on the right track. They just need to monitor exactly the franchises already given out…and monitor [those] about to be given out.”

The former LTO spokesperson said that issuance of driver’s licenses must be more “strict.”

“Somebody has compared driving a motor vehicle to owning a gun…it could be fatal to a non-skilled individual,” he said.

Salvador suggested that automating the process could be the key as it removes the discretionary factor among employees screening applicants.

He said that the LTO is currently upgrading their system now. “This will greatly increase their productivity and will properly monitor issuance.” 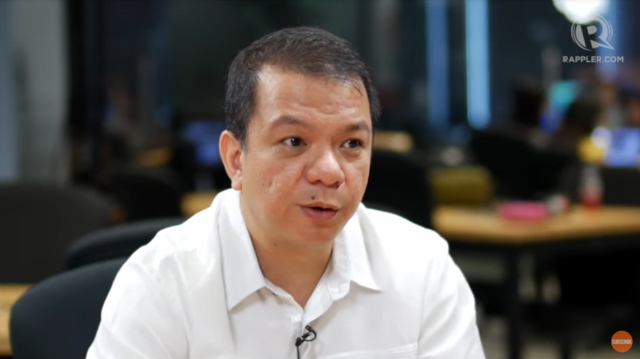 According to Salvador, there are several factors that lead to road crashes. All were covered by our laws except imposing car seats and seatbelts for children.

“We don’t have legislation yet. We should legislate so people will follow the rules and make their children safe,” he said.

The Philippines has a number of laws aimed at protecting road users – from banning the use of mobile phones while driving, to prescribing speed limits and the use of seatbelts and motorcycle helmets.

But this is not to say there are no gaps in law implementation. (READ: What’s lacking in our road safety laws?)

Salvador said there is a need to strictly impose speed limits. “We have to impose that because speed kills,” he said.

He also emphasized that helmets must be worn all the times. “We should wear helmets not because we might get caught or penalized but because it will save our lives.”

Salvador reminded the public that safety on the road is not only the government’s or the advocates’ concern.

He said that the public can solve the problem by simply obeying road rules and regulations.

“It’s our concern. Let us help save lives,” he added.

A World Health Organization (WHO) report listed road mishaps as part of the top causes of death among young people below 24 years old.

Salvador concluded, “Let’s take all the necessary precautions and let’s be mindful while we’re on the road.”– with reports from Kurt dela Peña/Rappler.com