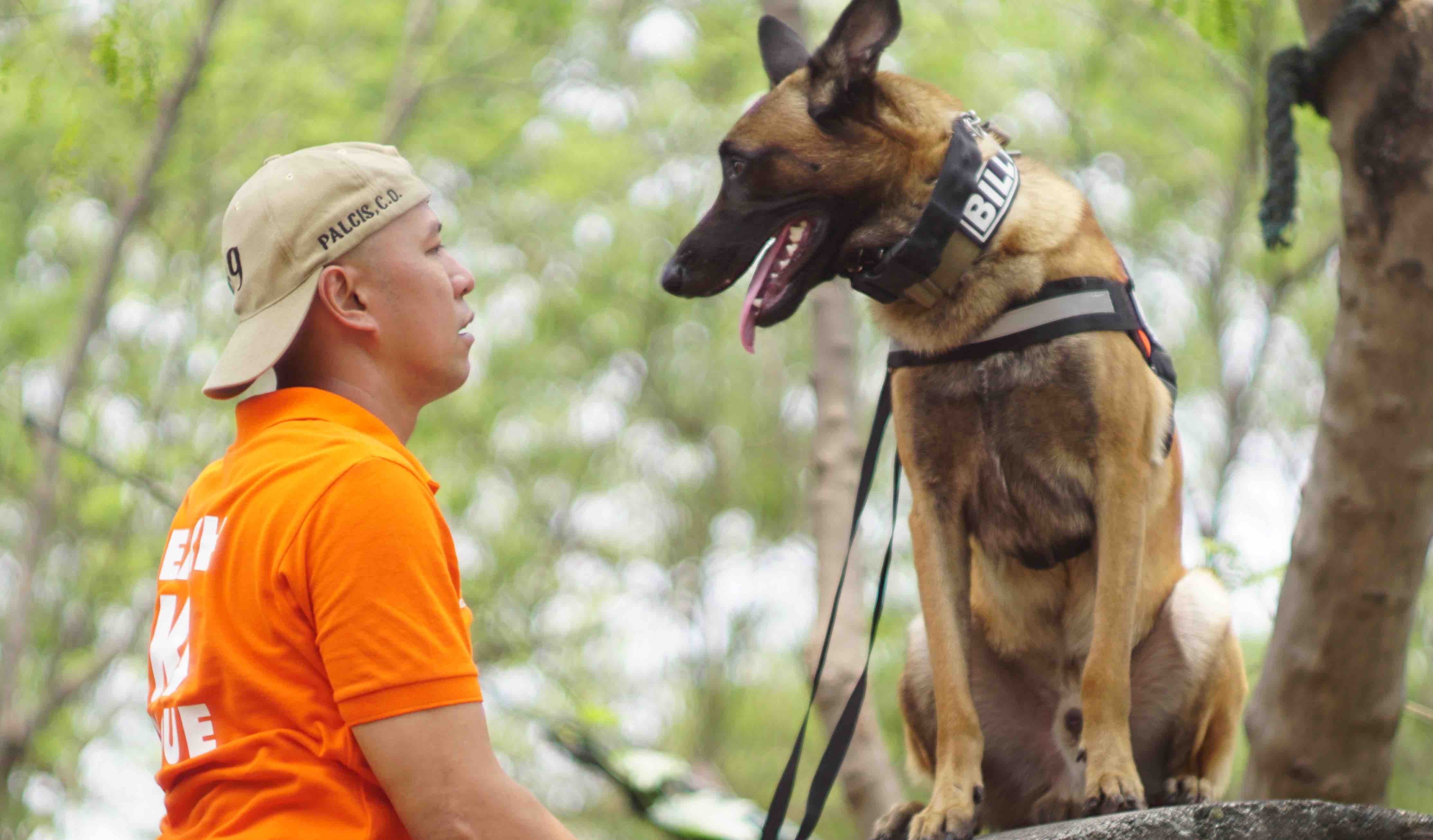 MANILA, Philippines – Did you ever think your pet dog could one day save your life?

At the Napindan Hydraulic Control Center, a quiet enclave of the Metro Manila Development Authority (MMDA) near the Pasig River, a growing group of dog enthusiasts meet every weekend to train their pets to do just that, in case “the Big One” strikes.

“What we want to do is raise disaster awareness,” says Ramon Santiago, Technical Head of the MMDA K9 Search and Rescue Unit. Santiago is a long-time veteran of the MMDA who served as head of its Flood Control and Information Center, and advises the Metro Manila Disaster Risk Reduction and Management Council. He was also instrumental in the development of the Metro Yakal response plan.

Santiago started the project out of necessity: there were simply not enough rescue dogs and teams to respond to a major disaster in Metro Manila.

“Having trained dogs may be able to augment life-saving efforts should [a 7.2 magnitude earthquake] occur. If all the more than 1,700 barangays in Metro Manila just have a tandem of 5 dogs and owner-handlers each, we can greatly increase the number of those who can help,” Santiago wrote in a Facebook post explaining the concept.

The dogs will be trained on how to sniff for signs of human life trapped underneath debris and collapsed structures.

Training is free, except for incidental expenses such as food and equipment. The only requirement is that the pet owner must be willing to be trained alongside their pets.

It is not a one-time deal either. Just like training emergency responders, time, effort, discipline and patience are necessary. The owner must have the commitment to attend more than a few weeks of sessions, as it takes time to hone the skills and coordination of both pet and owner, in order for both to be able to work as a solid team. 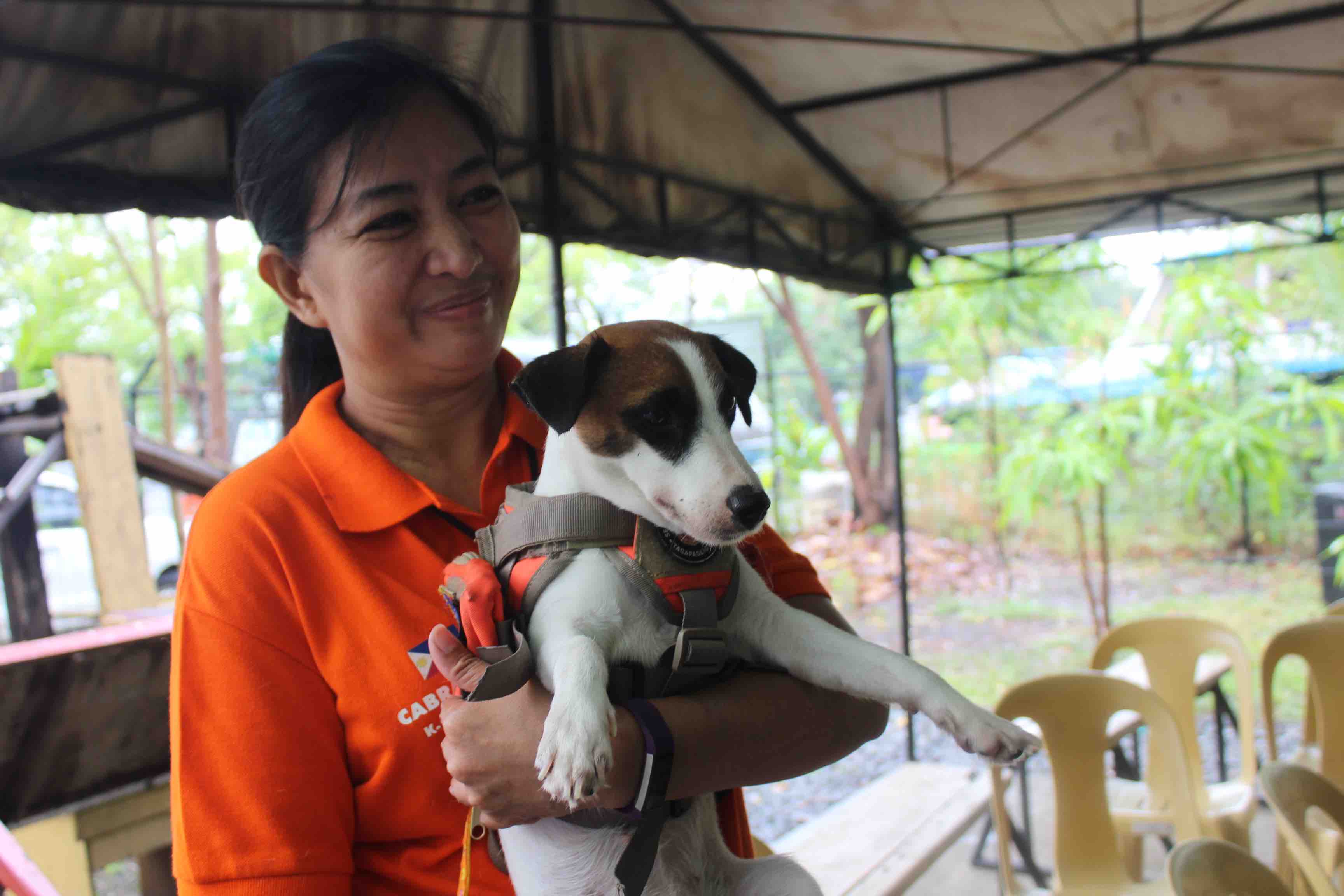 The MMDA says any dog except toy dogs can be trained but working dogs are preferred, with German Shepherds and Belgian Malinois as the traditional ones used for search and rescue operations. Even small dogs – such as Jack Russells – have an important role to play, particularly when it comes to finding trapped victims.

The training has several levels, from basic obedience training – where pet and owner practice usual commands like sit and stay – to the advanced course, where pets undergo an obstacle course with several hazards, such as height, water, and stairs. There are also practical tests, where pets are tasked to find and identify missing persons in a makeshift collapsed structure that mirrors actual scenarios.

The Napindan location is also a testament to how the team exercised ingenuity in making do with what was available in order to achieve its mission. Kennels were made using scrap metal, while the collapsed structure course is a pile of cement blocks in a wet and grassy corner of the facility. Abandoned vehicles add further realism to the training scenarios. 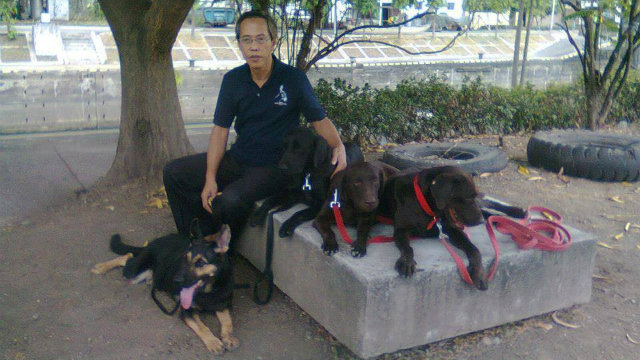 “It started out as a gathering of dog enthusiasts,” admits Santiago, who has 5 dogs himself, and shares an affinity for canines with the rest of his volunteer team. The weekend gatherings since 2012 have also happily resulted not just in a training program and a core group of trainers, but a real community of pet owners who also happen to advocate a culture of preparedness.

The team is currently helping train a K-9 search and rescue unit from the Philippine Army, and is also mobilizing dog enthusiasts to learn not just how to train their dogs, but also to show ordinary citizens how their best friends and family members can help save lives. – Rappler.com

Are you interested in getting yourself and your pet trained with the MMDA K-9 Search and Rescue Unit? You may contact them at their official Facebook page.