‘I was lucky I wore a seatbelt’ – crash survivor 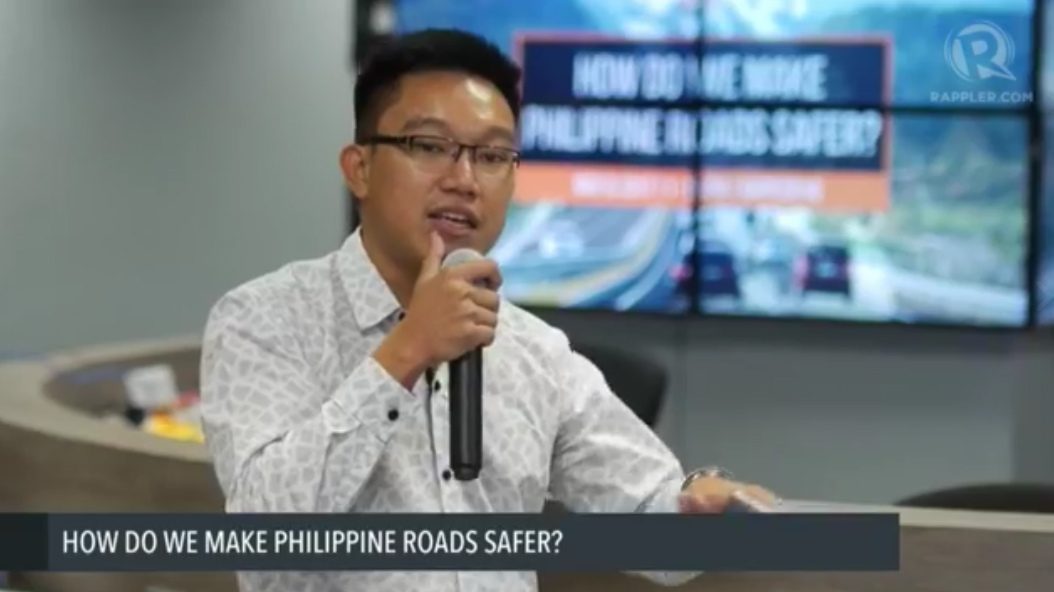 MANILA, Philippines – Would you still ride a car if you’ve been involved in a crash?

Einstein Rojas, 26, shared how he survived a collision sometime in 2013.

He was driving along Cubao in Quezon City with a friend, on their way home. As they were making a left turn, everything went black.

“It was like in the movies when your life flashes before your eyes. It really happened to me,” Rojas said in a mix of English and Filipino.

He recalled coming back to his senses when he heard his friend on the passenger seat groaning in pain.

Only then did he realize they were hit by a container van.

As they came from a stop, Rojas said they were fortunate he was able to release the clutch and step on the gas that made the car accelerate.

“Kaya kaysa ma-drag kami palayo, that might have killed us, sa likod kami tinamaan causing us to rotate 180 degrees,” he said.

(That’s why, instead of being dragged farther, that might have killed us, we were hit at the back, causing [the car] to rotate 180 degrees.)

He was told that the container van was speeding to beat the red light, as it was in a rush to deliver vegetables from Baguio.

Rojas also said that he was lucky he wore his seatbelt that’s why he did not sustain any serious injury.

His friend, however, did not. After the crash, he needed a series of therapies to be able to stand and walk again.

In a forum on road safety held by Rappler, Rojas raised concerns on post-crash response. He said it took a while before responders came to their aid. (WATCH: #SaferRoadsPH Manila: How do we make Philippine roads safer?)

Learning from experience, he said that drivers should always take into account the time left on traffic light counters. He added that roads should have proper lighting as this affects visibility.

Rojas also said they had a hard time looking for help on how to deal and overcome trauma from a crash.

In 2011, the Philippines launched a road safety action plan in a bid to achieve the goal of reducing the number of road crash deaths by 50% in 2020.

Currently, the Department of Transportation is updating the action plan to fill in the gaps identified during consultations.

Rojas stressed how wearing seatbelts can save lives.

“Simula noon, wala na akong pinapasakay na hindi nagsi-seatbelt,” he said. (From that moment, I require my passengers to wear their seatbelts.)

After the traumatic road crash, Rojas became a youth advocate of road safety and is now pushing for passage of the child restraint bill filed in Congress. (READ: What’s lacking in our road safety laws?)

Currently, advocates seek to pass the bill requiring owners of private vehicles to install child restraint devices for children 12 years old and below.

The bill will also prohibit infants and children from 6 years old and below to sit in the front seat.

Rojas believes the best way to inform the public about the benefits of using child restraints is through law, together with the help of media, civic organizations, and netizens to spread awareness.– Rappler.com

Jonnel Gozo is a Rappler intern.