MANILA, Philippines – As the clashes continue in Marawi City, many volunteers build a bridge of solidarity between Muslim and Christian evacuees and responders in evacuation sites. Najmah Asum, an incoming third year college student at St Peter College in the city, is one of them.

Asum, a young Maranao who lives in Iligan City, is a volunteer from YesPinoy Foundation in the Buru-un evacuation center.

(Najma and her friends gather information about the needs of the evacuees and in distributing our help.)

YesPinoy foundation taps into the “volunteer spirit of the Filipino in order to help be of service to the country, especially in times of disaster and great need.”

Asum also helps the social welfare and development unit of the city government through counseling children and helping translate for Maranao evacuees and responders.

According to her, the evacuation center, where about 430 families stay, accommodate both Christians and Muslims, a situation which builds a huge language barrier. She volunteers to prevent chaos.

Some of the volunteers she had invited no longer come back as soon as they see the situation in the evacuation centers, Asum said.

Helping children get by 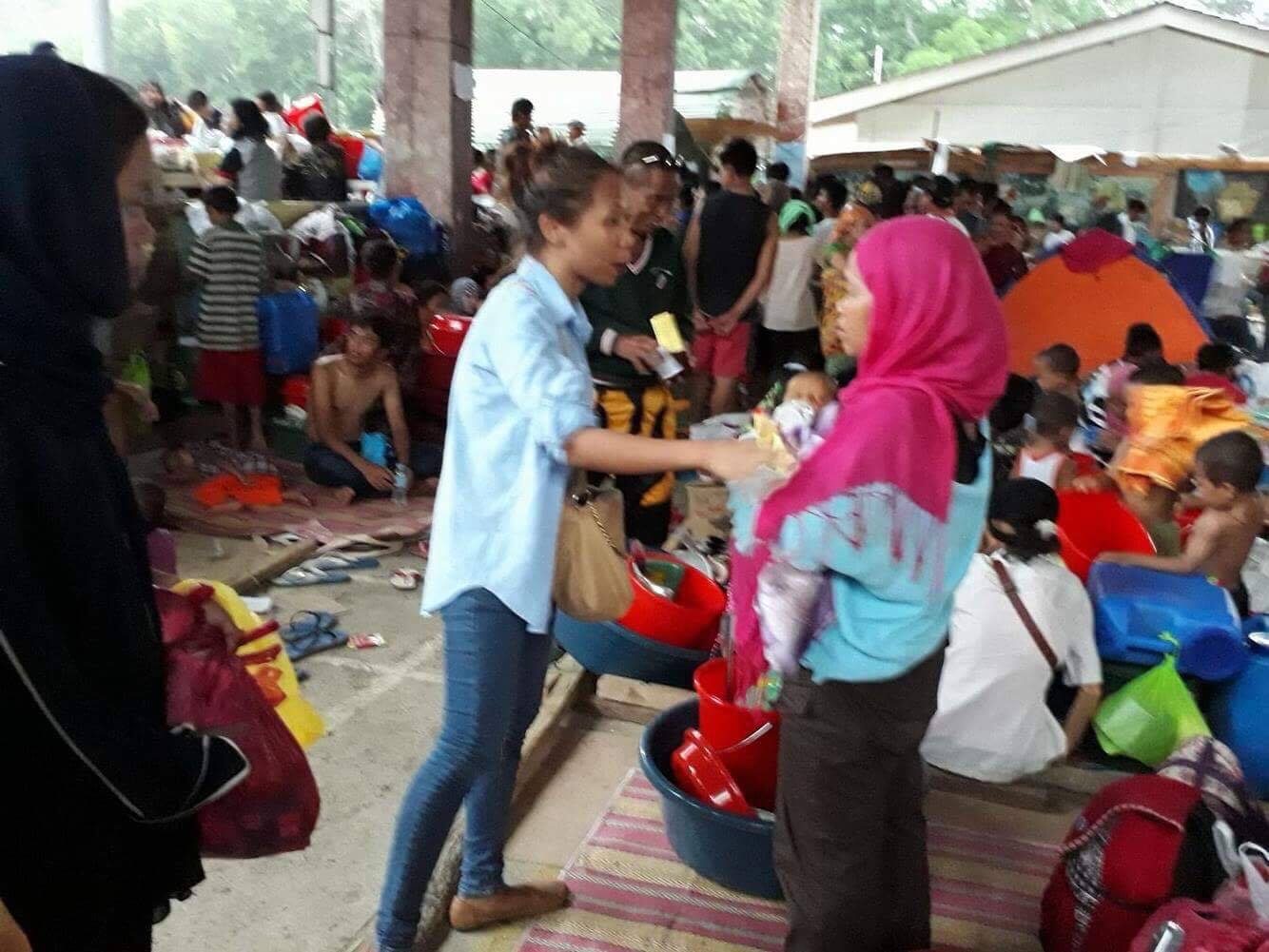 The 18-year-old Secondary Education major has been involved in volunteer work for 8 years. According to her, she has always wanted to teach children.

Despite the harsh situation in the evacuation center, Asum chooses to stay because of the kids. (READ: How a father fled Marawi to save kids, wife in labor)

“’Yung mga bata po kasi. Paano na lang kung wala ako? Paano na sila (I think about the kids. What will happen to them without me)?” According to Asum, one of the biggest challenges they face in evacuation centers are fights that almost end up in brawls when relief goods reach them.

She said that food is enough but they need more sleeping mats. According to her, some families only have one mat, leaving them with no option but to sleep on cartons.

The crisis in Marawi City started with a military raid on May 23. Clashes erupted between soldiers and terrorists from the Maute Group, driving away thousands of families.

The DSWD had provided over P36.3 million worth of relief assistance to the evacuees as of Wednesday, May 31.

On Friday, June 2, the Department of Social Welfare and Development central office released P60,055,000 to its field offices in Central Visayas, Northern Mindanao, Soccsksargen, and Caraga.

The Central Office earlier sent 10,000 family food packs and non-food items to affected families in the city. (READ: How to help Marawi through DSWD) – Rappler.com