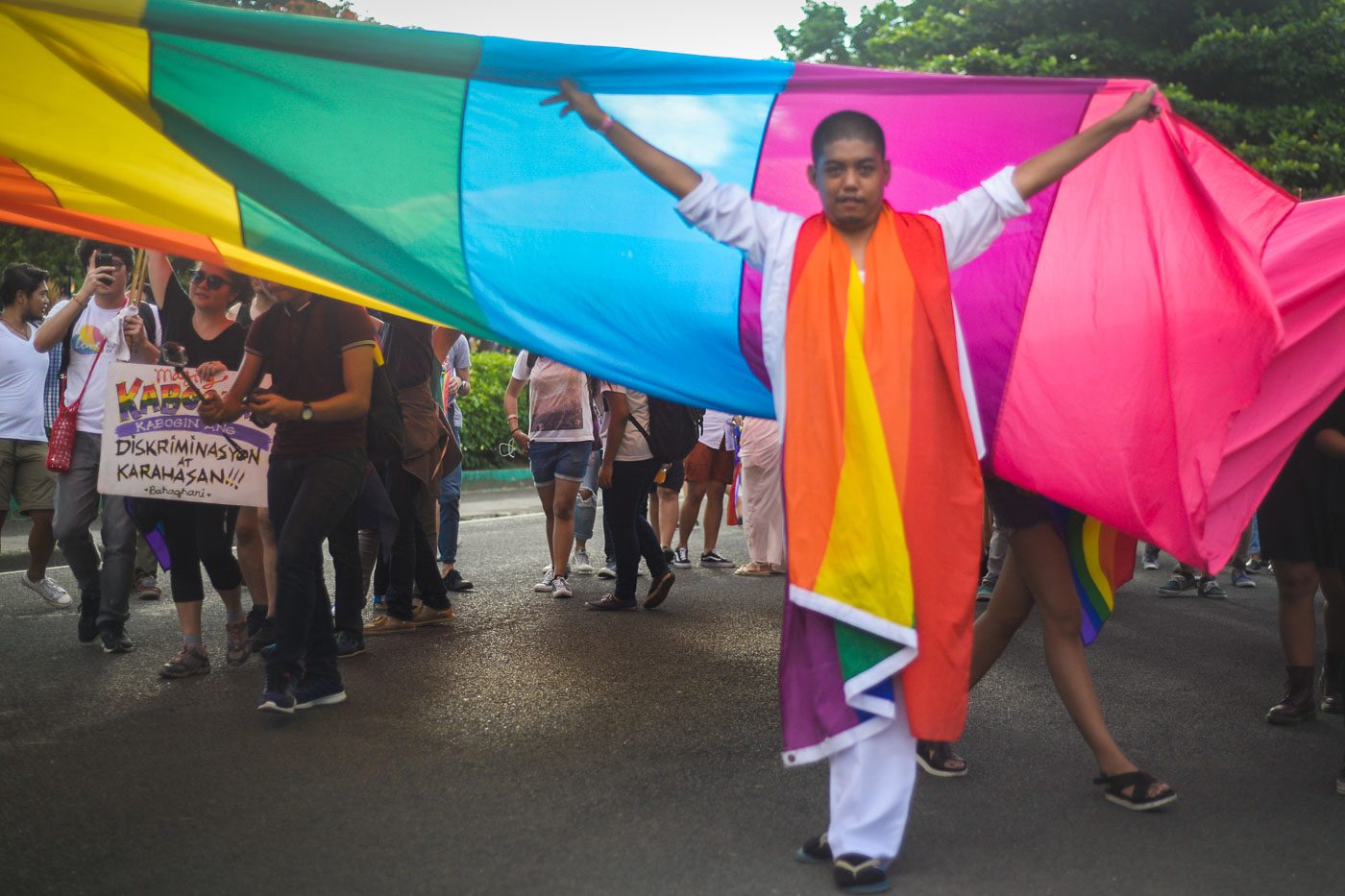 As a lesbian parent, Ordono wants to see her daughter grow up in a country that does not only tolerate but also accepts and recognizes the rights of the LGBTQ+ community.

It is the reason behind her being an active organizer in the 2017 Pride March, to be held in Marikina City, which has an LGBT-friendly city government. “The reason why we’re trying to go to different venues is because we want to make the Pride March the largest safe space for everyone in the LGBTQ+ community,” said Ordono.

Nicky Castillo pointed out the progress of the campaign from 2014 to this year’s theme.

“In 2014, the theme was Come Out for Love. In 2015, it was Fight For Love. And in 2016, it was Let Love In. If you notice, there’s a national progression for the kind of action or the kind of impact that we want the Pride campaign to have on the community,” she said. (READ: Why Gay Pride celebrations still exist)

Their decision to choose “Here Together” for this year’s theme came from the need for solidarity to push for the causes of the LGBTQ+ community.

It is a call for the non-LGBTQ+ allies, friends, family, and other people to come out and celebrate love and the rights of the community.

The results of a survey by Metro Manila Pride revealed three main issues that the community sought to tackle: first, lack of acceptance and violence in the home; second, discrimination in the workplace, third, bullying in schools.

“Many LGBT people are scared. It comes to a point where they need to deny themselves; yung thing that makes them feel like they’re themselves. Because otherwise, there [is] going to be discrimination, violence,” said Castillo

She emphasized that most of the studies done by other organizations in the Philippines for the last ten years were consistent that the number one issue faced by the community is discrimination in the home – a place where they are supposed to feel safe. (READ: Is the Philippines really gay-friendly?)

But Ordono confided another problem that the LGBT community is facing: government policies that do not favor same-sex couples.

“Right now, I don’t have medical insurance because it’s not provided in my work, but she has,” Ordono explained.

“Apart from that, we bought a car and it’s under her name. It’s not under our name even though we are both paying for it,” she added.

For Ordono, the Pride March serves as a platform where they can manifest their legitimate concerns like this. She is hopeful that, in time and with the help of the rest of the community and legislators, they will be able to convert their actions on the street to real-world policies.

The 2017 Metro Manila Pride March on June 24 will be held at the Plaza de Los Alcaldes in front of the Marikina City Hall, from 12 pm to 9 pm. – Rappler.com