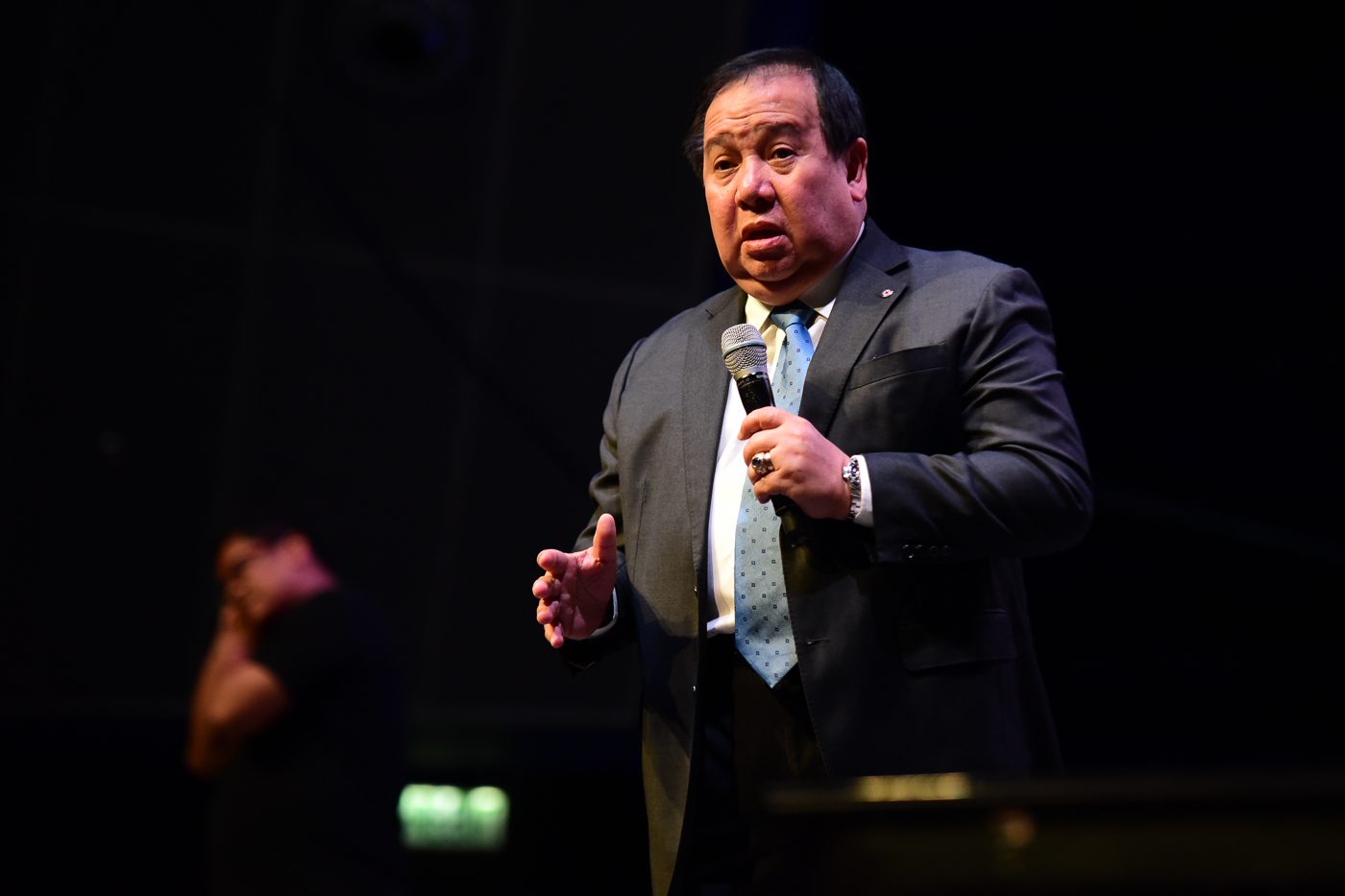 These are the “4Ps” guiding the Philippine Red Cross as the humanitarian organization gears for its operations during typhoons, earthquakes, and other disasters in the country.

He explained that disaster preparedness, rescue, and rehabilitation require detailed planning, sufficient manpower, the proper equipment, and a high level of commitment from volunteers.

“If you want to prepare for a disaster, you’ve got to have a symphony orchestra – all the humanitarian movement, with all the doctors, nurses, all the people working together, all the logistics you need to go, working with the government,” said Gordon.

According to Gordon, this is why the Red Cross has various equipment in its arsenal – boats that go through land and water, tents that can house both equipment and people, water tankers and fire trucks that contain potable water, portalets, showers, Humvees, 6×6 trucks, and motorcycles.

They also have various warehouses and wing vans to store these equipment. The organization even has the M/V Amazing Grace, the biggest humanitarian and disaster response vessel in the country.

Fast response on the ground

In his speech, Gordon said this mindset allowed the Red Cross to extend help to affected residents when government troops clashed with members of the Maute Group and the Abu Sayyaf Group in Marawi City.

“You can see in Marawi, we’re there. We’ve been able to help right away from day one,” said Gordon.

Red Cross was able to set up along the highway out of Marawi to provide hot meals to residents fleeing the city. The organization also provided 4 trucks containing 10,000 liters of water each, which were used for portalets and improvised showers.

He also stressed the importance of having a committed team of volunteers – the Red Cross “army.”

“In knowing what you’re fighting against, you always have to remember, like I use the words si vis pacem, para bellum (if you want peace, prepare for war). We are in a war, and therefore you have to have an army,” said Gordon.

“And what is the best army in the room? It is the army of committed people who want to volunteer – not because they want self-worth but because they want to make a difference in the lives of the people, especially when it’s very, very gory and very, very difficult,” he added. – Rappler.com