#MMShakeDrill: What to do during a terror attack 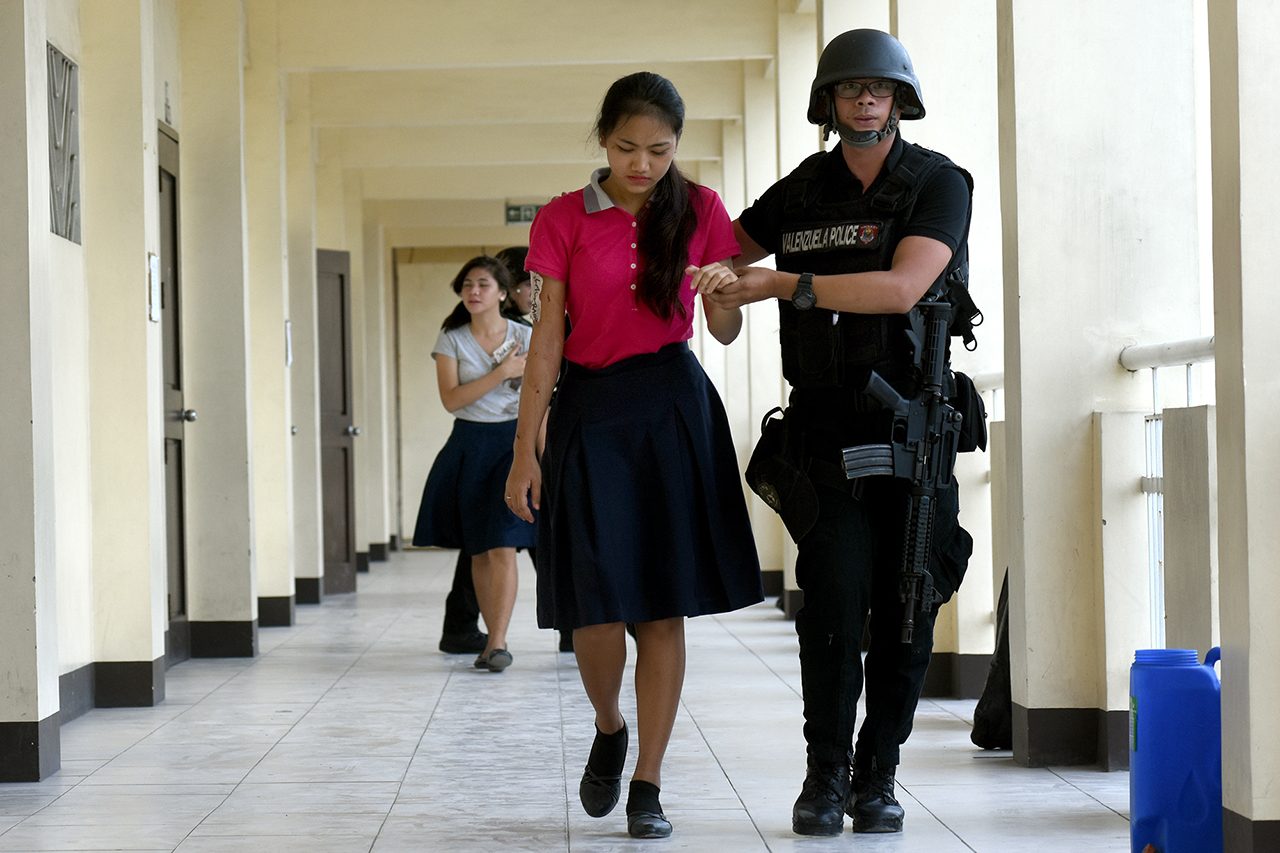 Facebook Twitter Copy URL
Copied
What happens when terrorists take advantage of a city devastated by a calamity?

MANILA, Philippines — It was more than an earthquake drill.

After the Resorts World Manila attack that led to questions on how the country can mitigate terror threats, various local government units in Metro Manila on Friday, July 14, upped the level of their emergency scenarios for the 3rd metro-wide earthquake drill – dubbed online as #MMShakeDrill – adding a terrorism scenario to their emergency response drills.

On social media, the earthquake drill conducted across Metro Manila broke its 2016 record by about 300 million impressions as the hashtag #MMShakeDrill trended online from start to finish.

Coordinated by the Metropolitan Manila Development Authority (MMDA), all local government units and various private companies in Metro Manila conducted their own earthquake drill scenarios based on the hazards indicated in the 2004 Metro Manila Earthquake Impact Reduction Study (MMEIRS).

In Valenzuela City, the scene went like this: after a magnitude 7.2 earthquake hits Metro Manila, terrorist groups infiltrated the vulnerable areas.

This happened a few minutes after students from the Pamantasan ng Lungsod ng Valenzuela (PLV) evacuated from the campus. Those left behind became hostages. 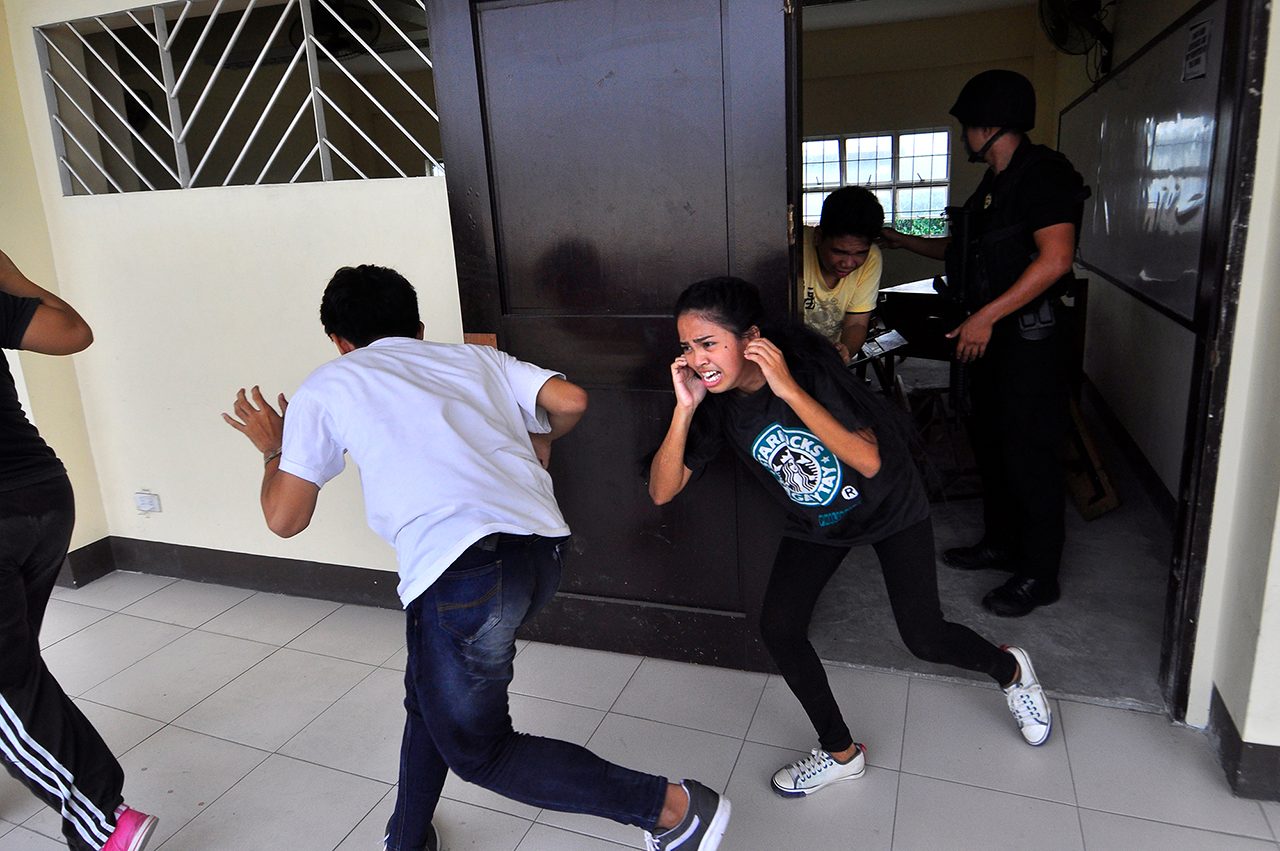 Unlike the rest of Metro Manila, Pasig City began its #MMShakeDrill with a complex multi-hazard scenario. At exactly 3 pm, 5 “gunmen” attacked the Orient Square Building along Emerald Avenue. As they entered, the terrorists placed “bombs” and set “fires” all over the building.

The Pasig City government introduced the Rescue Task Force (RTF) as the prime emergency response unit when it comes to manmade disasters such as a terrorist attack.

Patterned after response units in the United States, the RTF is a combination of a SWAT assault team tasked to neutralize threats and paramedics who rescue civilians.

The terror drill was followed by scenarios for the earthquake drill.

Meanwhile in Quezon City, the local disaster risk reduction and management (DRRM) office conducted a scenario involving a hostage-taking crisis at the Quezon Memorial Circle. The police subdued the suspect after calming him down as he threatened to kill the hostage at knifepoint.

These 3 scenarios considered the possibility of terrorists taking advantage of the vulnerability of the citizens and the local government units amid disasters. Superintendent Pedro Sanches, commander of the Quezon City Police Department (QCPD) Kamuning station, also stressed the importance of calling law enforcement authorities immediately. He said the public should move away from these scenarios for their safety.

While most operations were satisfactory, Pasig City police chief Senior Superintendent Orlando Yebra admitted that the 15-minute timeframe it took for the authorities to arrive needs improvement.

According to MMDA Chairman Danilo Lim, they were able to establish communication with all 4 quadrants of Metro Manila within 30 minutes. This record was the fastest since the #MMShakeDrill’s inception. – Rappler.com