WATCH: How sharks are killed at Pasay market 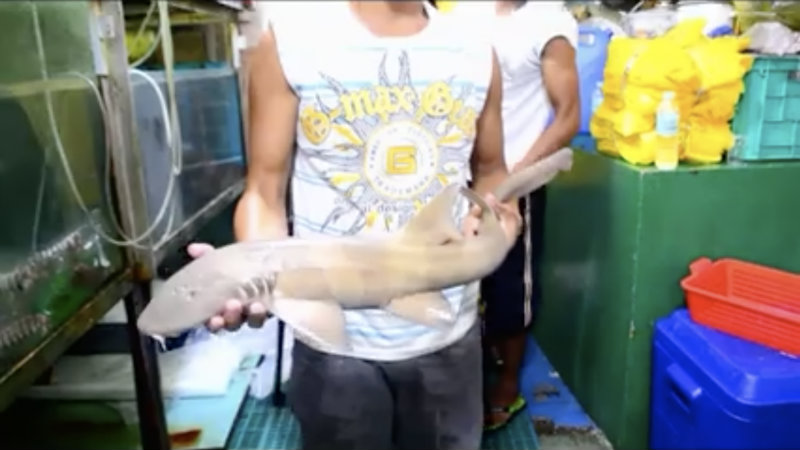 MANILA, Philippines – A video of a bamboo catshark being killed at a live market in Pasay City has been making the rounds online.

Posted by Gregg Yan, the communications director of Oceana Philippines, the video showed a vendor showing off an adult Chiloscyllium punctatum or a bamboo catshark. Oceana Philippines is the world’s largest international advocacy organization dedicated solely to marine conservation.

According to Yan, the sale of live catsharks is no secret.

“I already knew the area sold live catsharks as I’ve written about questionable seafood trade practices and the aquarium fish industry several times before. What was different was that a Chinese customer bought a shark mere seconds before we entered – so I was able to film a crewman smashing the shark against the floor,” Yan said.

In the graphic video, the man first shows off the live bamboo catshark, which is around 24 to 30 inches long. At the 00:12 mark, the vendor then proceeds to slam the head of the shark onto the floor.

Law needed for all sharks

There are several policies in the Philippines related to the protection of marine species, but no law that specifically protects all species of sharks and rays.

Republic Act (RA) 9147 or the Wildlife Resources Conservation and Protection Act of 2001, for example, provides for the conservation of the country’s wildlife resources and their habitats for sustainability.

Meanwhile, under RA 10654, the Philippines’ amended fisheries code, unregulated and unreported fishing in the country is prohibited.

Of the country’s approximately 200 shark and ray species, however, only two are specifically protected by Philippine laws – the whale shark and the great white shark.

Advocates are pushing for the passage of a law that would focus on the protection of all species of sharks and rays.

“I hope that the video convinces our lawmakers to consider banning the killing of all shark and ray species nationwide,” Yan said. 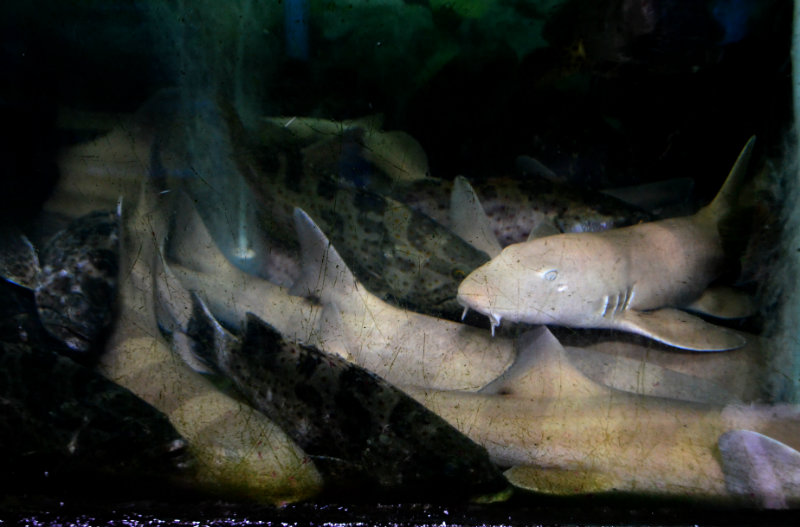 The nationwide laws for marine wildlife protection pale in comparison to the local ordinance in the province of Cebu which prohibits the sale of all shark species. Palawan, meanwhile, protects 8 species of sharks.

International trade sanctions also protect some of the larger sharks, including the great, smooth, and scalloped hammerhead sharks, and the oceanic whitetip sharks, “whose elegant fins have made them an all-time target in the shark fin trade.”

“An estimated 73 to 100 million sharks are killed every year. Nobody knows the actual number, because few fishing boats will admit to having caught and killed sharks,” Yan said.

Groups like Oceana have been calling for the protection of these marine wildlife species in the Philippines, for good reason.

While they are usually feared by the public, sharks and rays actually serve as good ecosystem indicators. This means their presence in Philippine waters indicates a healthy marine ecosystem.

In fact, according to the Large Marine Vertebrates Research Institute, “the Philippines is often considered the world’s epicenter of marine biodiversity with approximately 200 species of shark and ray thought to inhabit its waters.”

“Charismatic animals – particularly sharks or large rays like mantas – will always attract tourists, whether local or foreign. They will be worth more alive than dead,” he said.