‘Enough of the slaughter of mostly poor’ – Diokno clan 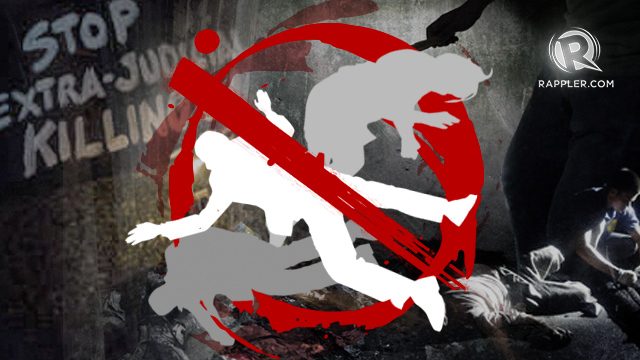 Facebook Twitter Copy URL
Copied
"It's time to speak out against the killings. Silence abets murder, and we will have none of both"

MANILA, Philippines – The 10 children, 18 grandchildren, and 10 great-grandchildren of former Senator Jose Diokno condemned President Rodrigo Duterte’s bloody war against drugs and the extrajudicial killings that it is believed to have spurred.

“Enough of the slaughter of mostly poor Filipinos. Enough of the perversions of law in the name of the war on drugs,” Maria Serena Diokno, daughter of the late senator who was a staunch human rights advocate, wrote on behalf of their clan in a Facebook post on Sunday, August 20.

“The Diokno family, guided by the principles of our parents, pledges to stand for justice and human rights. We lend our voices to the raging cries of the thousands killed and call on the government to comply with the Constitution and laws of our country, and stop the bloody war on drugs, which has only resulted in death, and has not reduced the influx of drugs into the country,” she said.

The Dioknos issued the statement after 17-year-old Kian delos Santos was killed in what police called a “shooting encounter” on Wednesday night, August 16. (READ: Our son, Kian: A good, sweet boy)

Delos Santos was among the 81 dead from the latest waves of “one-time, big-time” anti-drug operations by the police in Metro Manila and surrounding areas which Duterte has praised. “Maganda ‘yun (It was good),” he said.

Delos Santos’ death has fueled criticism of Duterte’s war on drugs, which has killed thousands since he took office on June 30, 2016.

“The murder of Kian delos Santos, and the deaths of thousands before him, show how little the government values the lives of Filipinos, and how much contempt it has for the law,” Diokno, a former National Historical Commission of the Philippines chairperson, said.

“Enough of the perversions of law in the name of the war on drugs. Killings, rather than the arrests and prosecutions mandated in our laws, have become the standard operating procedure of law enforcement,” she stressed.

‘Time to speak out’

Diokno called on the public not to be silent on the killings.

“It’s time to speak out against the killings. Silence abets murder, and we will have none of both,” she said. (READ: In the PH drug war, it’s likely EJK when…)

“We invite all Filipinos to stand with us, for love of country, justice and human rights,” Diokno said.

Data from the Philippine National Police (PNP) show that as of July 26, 3,451 suspected drug personalities had been killed in legitimate operations. The Commission on Human Rights believes, however, that killings has exceeded the number the government suggests. (IN NUMBERS: The Philippines’ ‘war on drugs’) – Rappler.com