WATCH: Who is Kian? 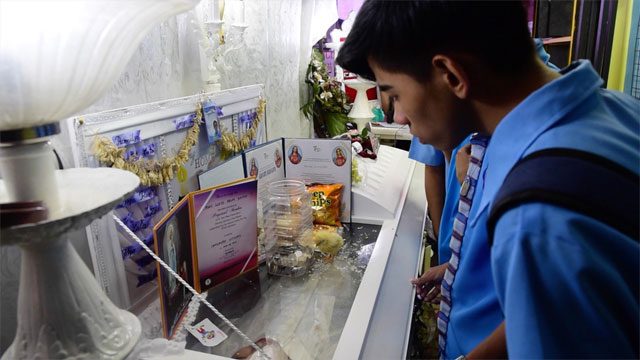 He was labeled as a drug addict and courier – tags used by the police after the incident to justify killing the 17-year-old in cold blood. (WATCH: Nung 17 ako…)

He is an addition to the statistics, another casualty of the drug war. That’s all he is to many.

But to friends and family, Kian delos Santos was a brother, a son, an uncle, a student, a joker, a cheerful teenager – someone who had big dreams of becoming a policeman himself. (READ: Our son, Kian: A good, sweet boy)

Julie Anne Cajefe is another friend of Kian. She described him as very energetic and cheerful. In fact, she said that the boy was very happy on the day before he died. He would throw puns and tease them all the time.

That is why she did not believe the news that Kian was already dead until she saw one of their friends crying in school. Julie Anne was in total shock.

Kian was found dead in a fetal position, as he held a gun in his left hand. According to his father, this is one way to prove his son’s innocence because Kian is not left-handed. (READ: Nakaluhod tapos nasubsob’: How Kian was shot, according to PAO.)

Mary Ann Abes suddenly woke up at two in the morning on August 17, as if it was a sign that something bad happened. True enough, she found out about the news of Kian’s death when she checked her social media.

They will never hear his stories again. (He was my Grade 10 student. He is a good kid. When I scold him, he would just smile at me. He’s also quiet. He did not violate any rules in school. He’s okay – submits school projects and assignments.)

He said he didn’t expect that his obedient student would end up in such death.

Mendoza described him as helpful and reliable when it comes to group assignments and projects. He was very upset of what happened to the boy.

His friends and family said they will fight for justice for Kian.