Biking to work? Here’s what you should know 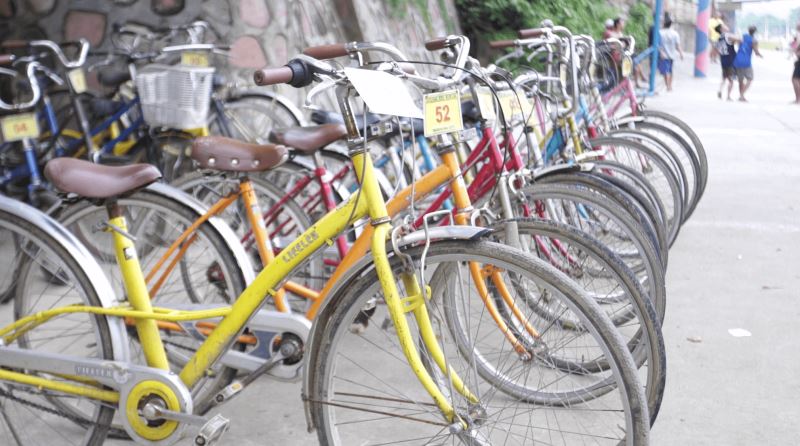 MANILA, Philippines – Biking has become an alternative mode of transportation for some people because of the various benefits it brings.

Besides the health benefits that exercise via biking affords them, it also helps save money by cutting down on transportation expenses and tranports people to work in the fastest way possible by allowing them to skirt traffic.

But braving Metro Manila traffic requires mental and physical preparation as roads can be truly perilous. With no adequate bike lanes, a cyclist must weave in and out of traffic sharing the road with other vehicles. Just last year, a cyclist was killed when she was run over by a dump truck in Marikina.

According to 2016 data from the Metro Manila Development Authority (MMDA), motorcycle riders are the most common victims of crashes on the road. There have been 218 fatalities, 11,456 injuries and 11,431 reported cases of damage to property.

If motorcycles, mechanically propelled vehicles, are that vulnerable on the road, what more for cyclists? Long-time bikers share practical and survival tips for the rest like them who wish to bike in the city. (WATCH: Getting around the city on two wheels )

Jesse Guerrero, a biker for 23 years now, said that while there are no specific prerequisites for using a bike, it is important for bikers to know the basic traffic rules and regulations. He suggests learning how to drive a car first to have a better grasp and understanding of how traffic works.

“You can start by riding your bike around your area before cycling on the road. This will help build muscle memory,” Zieg Tercias, biker of 12 years, told Rappler.

According to Guerrero, choosing a bicycle depends on your budget and purpose. If the purpose is just to bike to work or school, a folding bike would be convenient. For long rides, you can opt to choose a mountain or road bike.

Aside from being mentally prepared, tools and safety precautions are crucial to ensuring a smooth ride. Cyclists must make sure they wear a proper helmet. Safety gloves, face masks, and reflectors are also recommended by experienced bikers.

“When I use a backpack alone, I easily get tired. When I started to use a carrier, it became much easier to bike because the one carrying the weight is not my body anymore but the bike,” Tercias said in a mix of English and Filipino.

Other things to prepare include a raincoat, sports shades, or sports eyewear to be used during the rainy season.

Tercias also said it is best to bring a first aid kit and an air pump for tires in case of emergencies.

Cycling on the busy streets of Metro Manila could take beginners by surprise.

“It’s about being predictable and being able to predict where the cars or motors will go. You have to be predictable. When people see you they should know where you wanna go,” Guerrero said.

Guerrero and Tercias emphasized the importance of being aware of the hand signals for bikers. Here are some of the most commonly used: 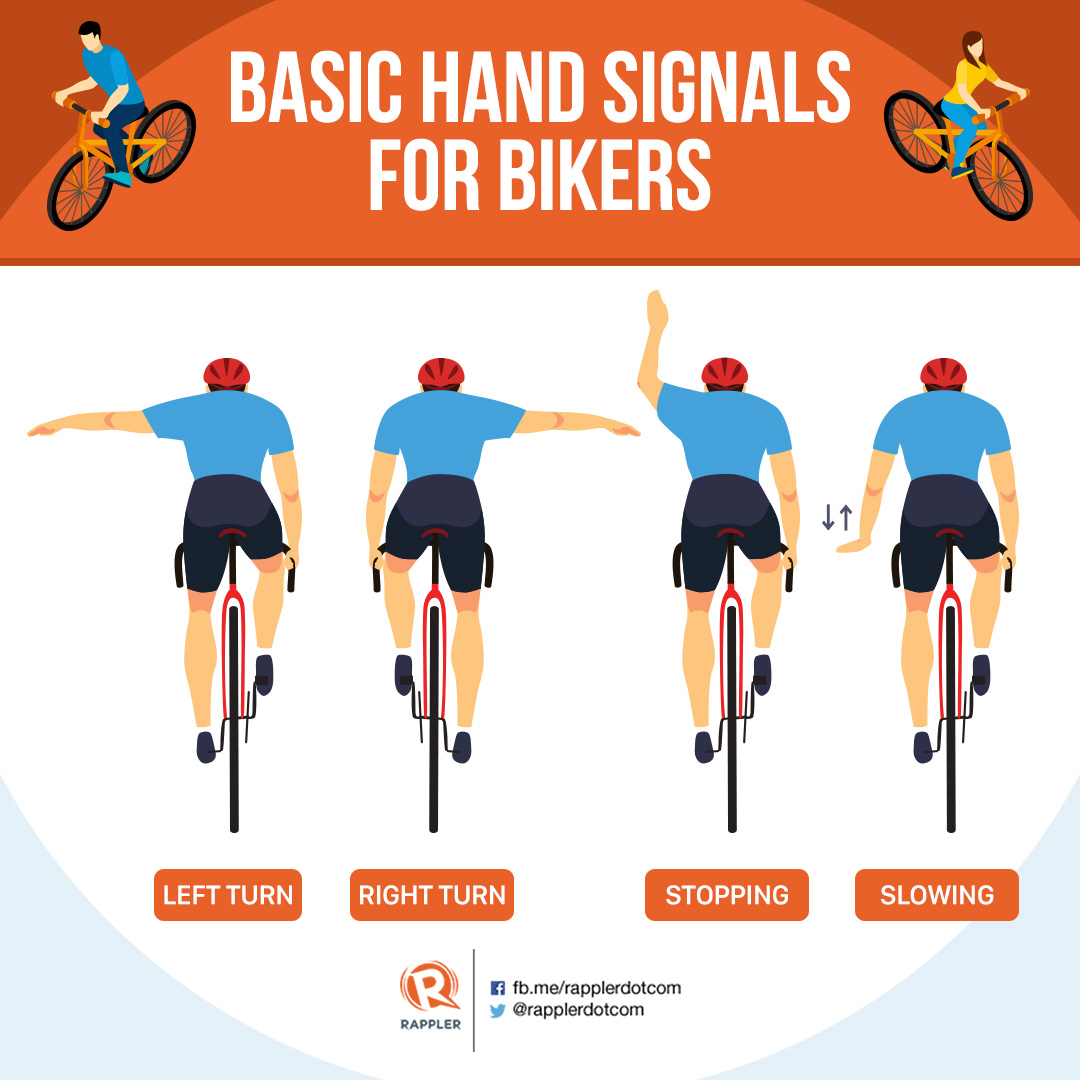 To avoid panic, they suggested slowing down or stopping to let heavier and rushing vehicles pass first.

“Here in Manila, you will be shocked with cars who will counterflow and won’t even care about the safety of the bikers. Bikers usually occupy the inner right lane and you have to be aware of public utility vehicles (PUVs) who will use that same lane to drop or get more passengers,” Tercias said.

When biking on crowded roads, Armando Lee, a biker since 2010, suggested: “One just needs to mind the bike or people in front of you and make sure you have at least 3 feet away per 5 km/hr increment of speed.”

Lee added that in the event of a crash, “make sure no body part is aching before you get up. Make sure you are out of the way of any moving vehicular traffic. If there is, make yourself visible by waving and calling for help. Do this to avoid being hit again by incoming traffic and also to attract attention for help.”

Despite the risks and challenges they face every day, bikers ride on, hoping that one day, government will hear their call for safer and bike-friendly roads. – Rappler.com