A tip for startups: Dare to Fail 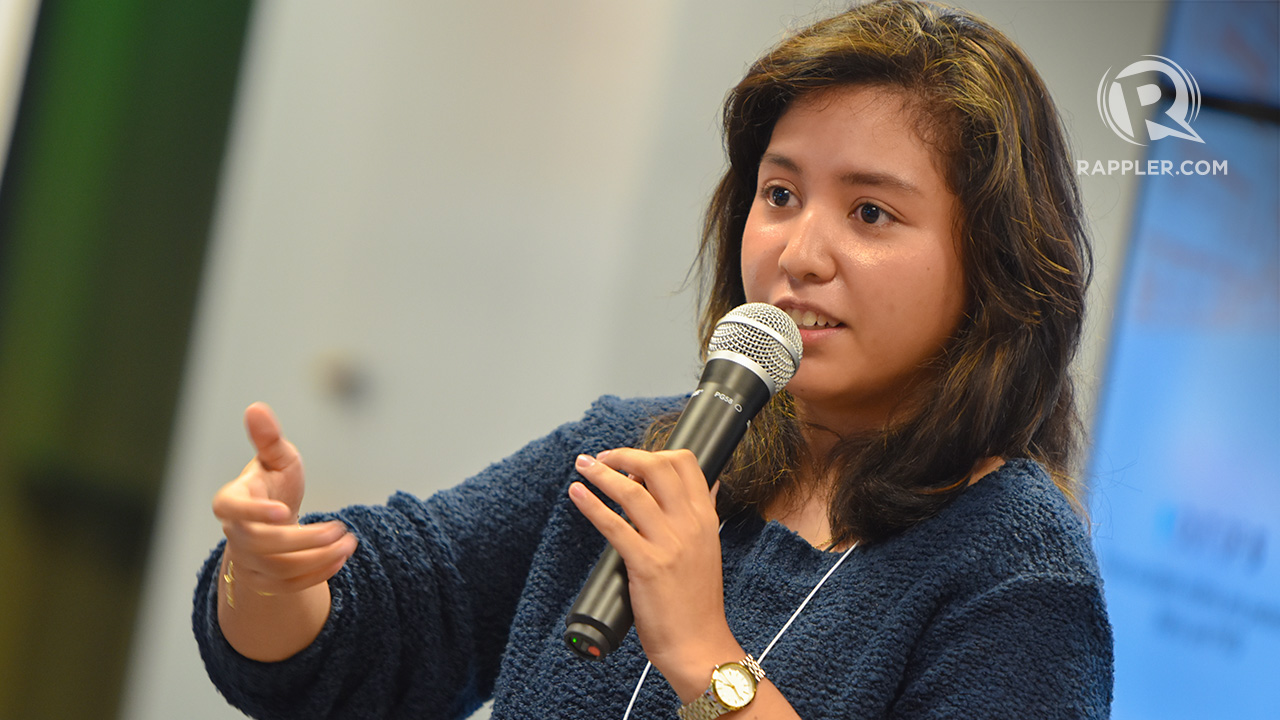 MANILA, Philippines – “Know your ‘why’ because your ‘how’ or ‘who’ may change.”

This is one of the messages Pauline and Cristina Guanzon, founders of Innovable Inc., told aspiring startup owners who attended the #HackSociety workshop held at the Rappler Headquarters on September 14.

In one of the program segments called ‘Dare to Fail,’ the sisters shared the challenges they had to go through before reaching the success of their innovation–the Early Action Response System or E.A.R.S.

Growing up with a hearing disability, she shared her struggles especially when she commutes and not knowing what’s happening behind her.

“My problem is [when I commute]. I don’t know what’s coming from behind. I can never hear what’s behind me. I was actually held up once,” she shared.

Her disability is what pushed her to invite her sister Pauline to partner with her and build a tool or device that can help fellow deaf like her.

The Early Action Response System or E.A.R.S is a wearable device for the deaf that has a sensor and vibration system that can serve as a safety assistant for the deaf in public places.

However, the sisters shared how the road to making this dream a reality was not easy.

“Even if we think we have such a good idea or so we thought. An idea is just an idea. Execution is a whole new matter entirely. There were so many times that we had to begin again. so many times when we thought what we knew is already right but was actually wrong,” Pauline said.

Despite the doubts they received from a lot of people, what kept them going was sticking to their “why”– to help the deaf community.

Pauline adds, “Her deafness is not a disability but more of a perspective. Deafness is a motivation to keep going,”

Their advice for aspiring startup entrepreneurs is to work with the right people and treat every failure as a learning experience.

Kevin Lee, from Single Drop of Water, urged the participants to not be afraid to fail.

“As long as you learn from your failure. Failure is a tool to get better.” Lee said.

Single Drop of Water is an organization that has been building water systems in the Philippines since the 1960s. One of its main goals is to capacitate development planning capacity to implement and create direction, structure, and accountability within local government and communities.

Lee shares how they had to go through multiple failures in order to achieve their goal.

He cites an experience when the water system they built succeeded in a community but totally failed in another.

“Often times, start-ups have initial success but [are] followed by massive failures…The culture of our organization is that we told that everyone [that] you are allowed to fail [because] if [they] are not allowed to fail, they will never take a risk or action,” said the ambassador.

While failure is inevitable, the mentors urge the participants to fail fast but fail forward. –Rappler.com