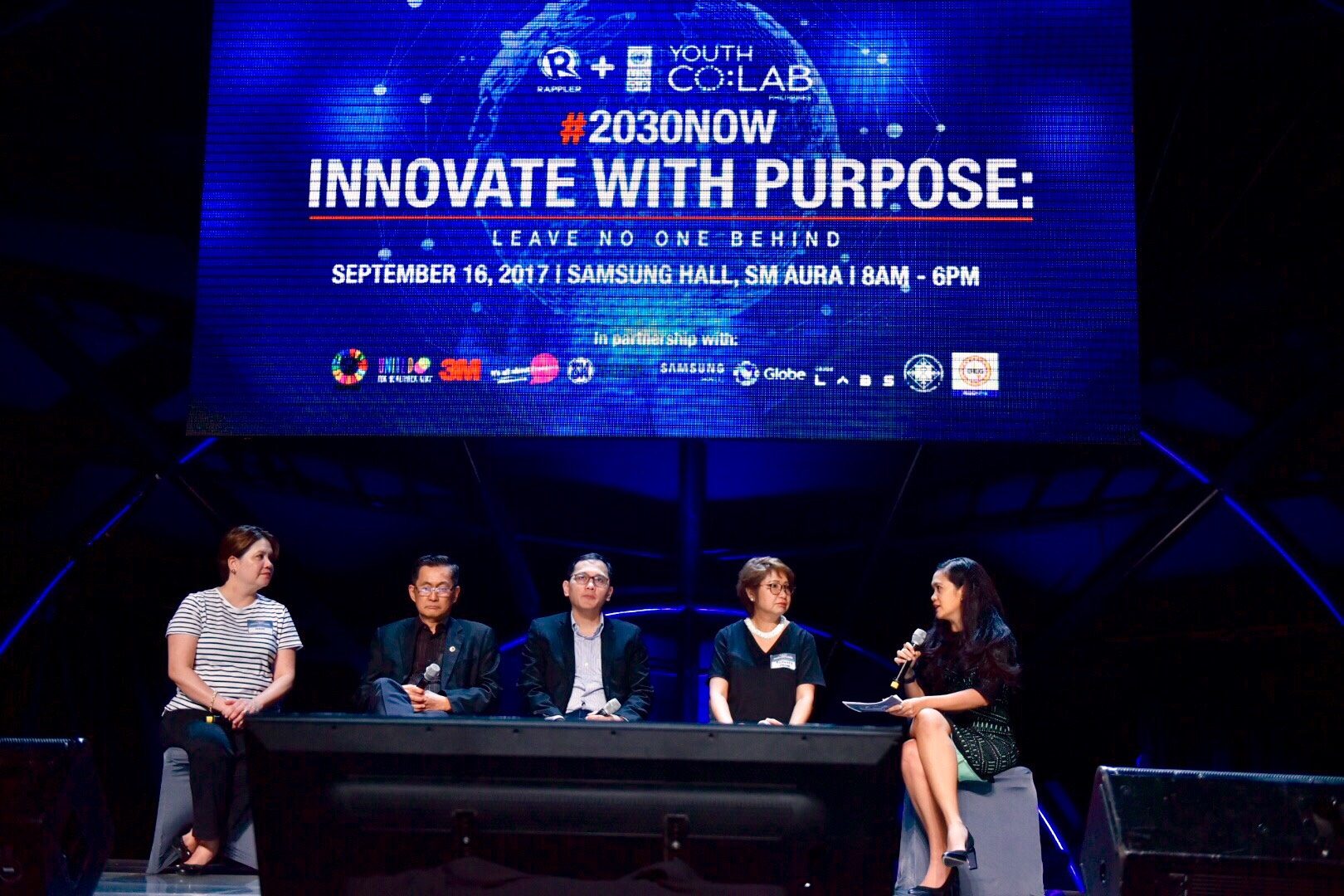 MANILA, Philippines – With technology moving at such a fast pace, innovations are cropping up, promising to be game changers in different fields.

But while startups are dreaming big with their plans to shake up various industries, there has to be an ongoing conversation with government regulators who may not readily accept these new ideas and technologies.

This was underscored in a panel discussion at the 2017 Social Good Summit held on Saturday, September 16.

The discussion focused on the challenges to innovation in the Philippines, and what various groups have been doing to promote entrepreneurship in the country.

The recent deadlock between the Land Transportation Franchising and Regulatory Board (LTFRB) and ride-hailing companies Grab and Uber reflects the challenges encountered by innovators clashing with government regulators.

Uber is no stranger to controversy, encountering backlash in the places where it launched because its business model did not fit current transportation laws.

The Philippines is unique in that respect, since it created new transport categories back in May 2015 to accommodate Grab and Uber’s business models.

In July this year, the LTFRB cracked down on unregistered drivers using the ride-hailing platforms, eventually leading to Uber’s suspension and the imposition of a hefty fine. (READ: What’s the fuss about the Grab, Uber regulation issue?)

The issue sparked controversy, with some criticizing the LTFRB while others pointed out the need for accountability and regulation for these transport network companies.

Lawyer JJ Disini cited this issue as he discussed the challenge of balancing innovation with the need for government regulators to do their job and protect the public interest.

In other countries, some firms can try out new ideas by participating in a regulatory sandbox, where businesses are allowed to test out their innovative products or business models without following some legal requirements.

The results and information generated from participating in a regulatory sandbox can be used by the government to craft regulations that better fit the public need, Disini said.

This way, both innovators and regulators can work together to learn and refine the new business models.

“We need regulators to be there. Their job is to protect the general public, but we should also understand that they’re constrained by that. At the same time, they want innovation as well. We do understand the complexities of the issues,” Disini said. On the part of the government, there have been efforts among different government agencies to enable an environment where local startups can thrive.

Rosemarie Edillon, planning and policy undersecretary of the National Economic and Development Authority, said entrepreneurship is key to helping the Philippine economy prosper.

“We actually need to grow much faster, and we need growth to be more inclusive. Key to that is entrepreneurship and innovation,” she added.

The BSP, for instance, has a credit surety fund program to help micro, small, and medium enterprises obtain loans from banks.

The DICT, meanwhile, has launched a roadmap for digital startups, that aims to provide a framework for developing the Philippine startup ecosystem.

For Diane Eustaquio, executive director of non-profit incubator IdeaSpace, encouraging millennials to take risks and overcome a fear of failure is crucial for boosting the local startup scene.

“We’re conditioned to follow and not to challenge, so it’s difficult for people to become entrepreneurs,” she said.

“I think that’s the challenge, it’s not in our culture to be allowed to fail… But it’s that failure that allows you to try to be better than what you were before,” she added. –Rappler.com